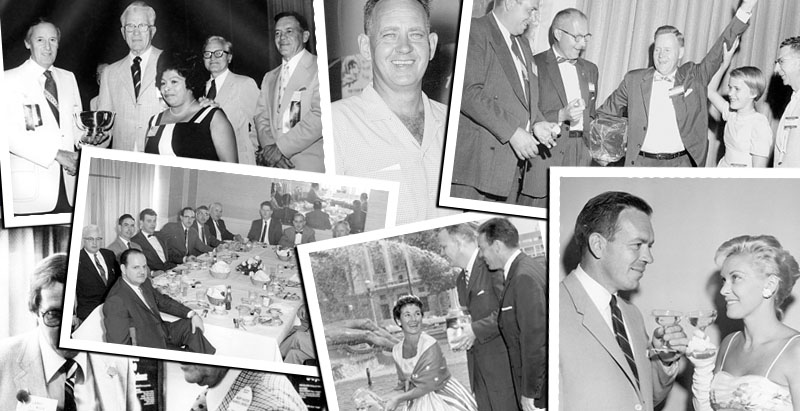 For many years, members of the water treatment industry have clamored for a comprehensive history. To meet that goal, the Water Quality Association established the History Task Force in 2006. The members were tasked with coming up with a plan to incorporate the known data available through WC&P International, WQA and other agencies into a working model that could be presented to the broader audience. How this presentation was to be made was not fully determined until the following year when WC&P Publisher Kurt C. Peterson took a firm hold on the project and moved if forward through several stages. Ideas for future products included storyboards for presentation at annual Aquatech conventions. Each year, different images would be chosen to represent the early history of the industry, featuring the movers, shakers, innovators and specialists who made the industry what it is today. A book and a website were also advanced as probable methods to bring the story to a wider audience.

Peterson appointed his staff with the task of reviewing thousands of images in the magazine’s vast archives, roughly spanning the period of 1959-1985 for the initial incarnation of the project. Of those, more than 2,500 were selected, scanned and edited for quality. A 25-year retrospective on the industry was re-created from an earlier version produced in 1985 by Jerome Peterson, founder of WC&P, and issued to the task force membership for review. Pictorial panels were created for the annual Water Quality Association’s Aquatech event in 2008. The initial productions were a great success and the Task Force established the precedent of producing large-scale storyboards for upcoming events. Future events would see the presentation of people, advertising, vehicles, buildings and other images that conveyed the story of the water treatment industry. The success of the project to date has elicited assistance from various quarters with historical information not contained in WC&P archives, such as William Dodd’s history of the Servisoft Corporation, and the identification of previously published but unrecognized images.

This is, first and foremost, a dedicated labor of love on the part of industry participants. As an historical perspective, it’s dynamic rather than static; history stands still for nobody.

This is a continuous process of adding, updating, correcting, and presenting information as it becomes available. All of the images are presented on this History page. In addition, WC&P’s archives offer a treasure trove of material about the people and companies this pictorial history represents. Whenever possible, company and/or individual biographies are also provided, to underscore the historical relevance of those featured.