During the meeting, a member poll was taken to determine the biggest challenges for the industry. Topping the list was supply chain issues, which have been greatly exacerbated by the COVID-19 pandemic, followed by a perennial problem, hiring challenges. These are not unique to the water treatment industry.

Shannahan, Sharp Water Culligan, made his final address, thanking the industry, the association and his wife, Cindy, for their support during his year as President of WQA. He noted that it was a valuable learning experience, though he lamented he was not able to be part of an in-person convention during his term. Shannahan was extremely pleased that the industry had been recognized by the federal government as an essential industry, making it easier for water treatment companies to maintain their business models and remain viable during the pandemic. He also noted that there had been an uptick in need for water treatment solutions due to lack of supplies in stores. Shannahan challenged dealers to take advantage of the latest WQA Business Operations Report and submit their data by the May 15 deadline.

Additionally, he related that major accomplishments had been made in spite of COVID-19, including the association’s move to a new facility. This was perceived as being better designed and providing the opportunity to expand testing and certification operations. Another major accomplishment was the launch of the LEAD program, calling it the ‘farm team for future leaders.’ Also honored were the mentors and mentees of the Women in Industry (WIN) program. Shannahan paid tribute to those we’ve lost, including Peggy Blazek, Doc Nowlin, Rodney Yoder and others. They were pioneers, advocates, leaders and friends who will be remembered fondly. As his parting gesture, Shannahan thanked the WQA Board of Directors and Board of Governors, for their support of him personally while leading the organization and their ongoing efforts to make the water industry better. He then passed the gavel to incoming President, Toby Thomas of Kinetico Incorporated.

Speaking as the new President, Thomas shared his vision for the association, noting the importance of broader outreach, increasing public awareness of the industry and reaching out to organizations such as the American Water Works Association and NSF International. He said the association needed more member engagement and was happy to be part of the new programs (LEAD,WIN, Young Professionals). Thomas also noted that Zoom would continue to be a valuable tool to reach members and the public.

Executive Director Pauli Undesser offered thanks to Shannahan and Thomas for their unwavering support. She opined that the light at the end of the tunnel is far brighter now. Undesser addressed the importance of in-person contact, something that has been sorely missed over the past year. She said the industry and the association are positioned for continued growth and sustainable success. Undesser said the launch of WQA’s consumer website has been well received, while also highlighting the success of the new lab and certification programs that can take full advantage of the enhanced environment. She thanked the many volunteers who have helped to make positive things happen, including the WQRF volunteers who made possible the WQRF Contaminant Map, launched earlier. Undesser noted that the theme of the upcoming convention, Imagine, is all about the infinite possibilities that await the industry. 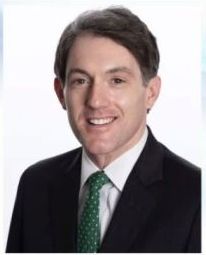 Dubay opened his keynote presentation remarking that the economy, overall, is doing well in spite of the pandemic. With record settings sessions on Wall Street, the economy may well have fully recovered. He was optimistic but cautioned that COVID-19 is still in control. Some things to keep an eye on, according to Dubay, are the fact that there are nine million fewer people working and downside risks still exist, such as inflation. That, however, hasn’t been an issue for almost four decades. The Federal Reserve prefers to keep the inflation rate just above two percent and will try to do so for the foreseeable future. There are also policy risks, in which anti-business legislation may pass the current Congress if the filibuster policy is changed. Still, consumer confidence is rising, as it did in April.

As vaccination goals are met, states are beginning to open businesses again. Some are still reticent when it comes to being vaccinated and that hampers a return to work, a burden that is especially heavy for women. The travel, tourism and accommodations industries, hit hardest, should see a strong return in 2021, though international travel is still not rebounding. Unemployment is coming down, with over one million jobs added in March. Still, people are hesitant to return to work, possibly due to the continued unemployment and stimulus benefits as well as health concerns. Dislocations to the labor market are of great concern. While there are eight million job openings, they may not be in the locations or industries most needed. A lack of skills may keep many from returning to employment.

Noting that it’s taken 13 months to move to where we were at pre-COVID, Dubay sees a return to that benchmark by the end of the year. Over the course of the pandemic, people didn’t just spend stimulus checks, they saved, to the tune of about $3 trillion (USD), $1 trillion more than before. Supply-chain issues are leading to some shortages, both in industry and for consumers but there is pent-up demand and people have money to spend. While consumer confidence dipped in February, it is remaining steady now.

Another beacon is the housing market, which Dubay says is being watched closely. Supply-chain issues include disruptions to the lumber market in Canada which may have contributed to a slowing housing market in February before returning to stability. Much of this may change when the latest industry reports are received and published. For now, the future of industry looks very promising.