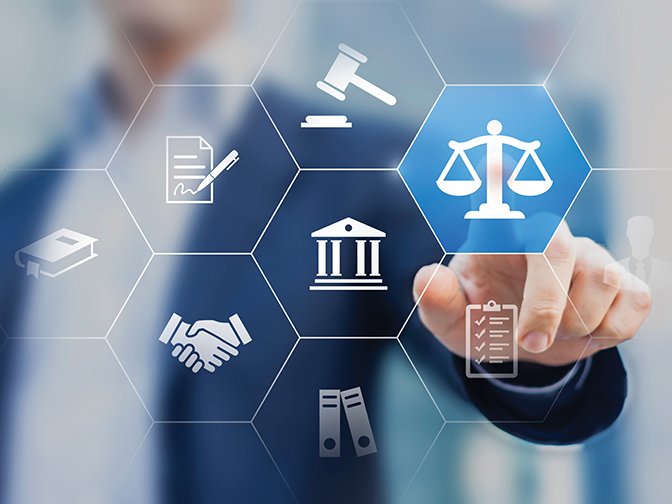 What comes to mind when you think of pesticides? Common answers would include agriculture applications, weed killers, or animal and pest repellents. But certainly, most people would not think of water treatment systems. However, for almost 50 years, the U.S. Environmental protection Agency (EPA) has regulated water treatment systems that make microbial claims as pesticide products. The industry has continued to abide by this regulation, but in the wake of increased and inconsistent enforcement, coalition efforts have arisen to review and modernize compliance mechanisms.

FIFRA Background
Since the passage of the Federal Insecticide, Fungicide, and Rodenticide Act (FIFRA) in 1947, the EPA has been able to regulate anti-microbial pesticides and pesticidal devices. Its enforcement is focused on the sale, distribution, and use of pesticides with the intent of protecting human health and the environment. This policy includes products intended to disinfect, sanitize, reduce, or mitigate the growth of microbiological organisms as well as products that protect against contamination or deterioration caused by bacteria, viruses, fungi, protozoa, algae, or slime. In 1976, the EPA Office of Pesticide clarified the scope of this regulation by issuing a determination to treat water treatment systems that inhibit bacteria, viruses, and other microorganisms in drinking through mechanical means as a pesticidal device.[1]

The central focus of FIFRA is largely dependent on the product’s intended purpose and capabilities. Many water treatment systems are considered “pesticidal devices,” as these systems rely on mechanical removal and make claims to destroy, repel, trap, or mitigate bacteria, cysts, and/or viruses. Thus, subjecting water treatment systems to adhere to meticulous compliance measures that often have no bearing on performance such as labeling and registration requirements. Additionally, there are several standards used by the industry that set guidelines for testing such claims including NSF/ANSI 53 for cyst reduction using filtration and NSF/ANSI 55 for UV systems, which could trigger the applicability of FIFRA regulations.

As these national standards already go well beyond FIFRA regulations in ensuring that these products are safe to use and perform as intended, there are questions as to why this regulation should apply to certified water treatment devices.

Regulatory Obstacles
Navigating this regulation has become increasingly complex and cumbersome. Although the EPA has good intentions, the agency’s ambiguity and inconsistent enforcement of FIFRA on water treatment systems in recent years has caused significant delays and detrimental impacts on the water treatment industry. Ultimately, this has a cascading effect on consumers, safety, and the economy. Additionally, EPA has continued to require manufacturers to comply with rigorous mandates including labeling, registration, and other requirements that often have little bearing on human health and environmental safety.

To put this in perspective, EPA has proactively produced a list of more than 100 consultants for businesses to work with to assist in compliance and navigate this tedious regulation. Moreover, even though the EPA is responsible for the regulation, EPA regional offices differ in their implementation, and they must coordinate with Customs and Border Protection (CBP) for enforcement. This leads to confusion among the regulating agencies. Even more troublesome are the supply chain delays associated with varying enforcement perspectives. When a shipment is stopped, there is often a lack of communication and transparency in the process. Manufacturers are regularly left waiting with no indication of when a response can be expected.

The current approach has hindered the water treatment industry, which has always put the public’s needs front and center. For several decades, water treatment systems, including point-of-use (POU) and point-of-entry (POE) systems, have been utilized and respected for their ability to improve aesthetics, taste, hardness, and most important, the remediation of health contaminants from drinking water. As this technology has continued to receive greater acceptance in the marketplace, the industry stepped up as a whole to ensure these products work as intended through third-party certification. The industry has evolved, and FIFRA should as well.

Proposal for Modernizing FIFRA
In response to enforcement concerns, the Water Quality Asso­ciation (WQA) created a coalition taskforce jointly with the International Association of Plumbing and Mechanical Officials (IAPMO). The taskforce has reviewed the regulation in order to craft a new compliance pathway that better aligns with the original intent of FIFRA to protect human health and the environment.

After more than a year of reviewing the issue, the taskforce has developed a new proposal to be considered by the EPA. Under this proposal, water treatment systems would comply with FIFRA if they are certified to meet national standards associated with the claims being made for performance. Applicable standards would include ANSI standards (e.g., 53, 55, 58, 62, 244), other consensus-based standards as determined by the EPA Administrator, and the U.S. EPA Purifier Guide Standard[2] that covers performance for the anti-microbial claims, as long as the device was also certified to a consensus standard that covers material safety, structural integrity, and literature. Compliance with FIFRA under the current EPA regime would still be an option for products that have not obtained certification to national standards.

The current enforcement guidelines prevent the deployment and increase the cost of water treatment systems that are being used to protect consumers from a host of new, and emerging threats impacting drinking water quality (e.g., lead, PFOA/PFOS, legionella, disinfection by-products [DBPs], chromium-6, etc.). When the agency first began to regulate water treatment systems as pesticides and pesticidal devices, third-party certifi­cation standards did not exist. Over the last half-century, national standards, such as those developed by NSF/ANSI, have far sur­passed the scope of what the EPA requires under FIFRA and are at the forefront of meeting emerging water quality issues.

The EPA could utilize accredited Certifying Bodies (CBs) and modernize its regulatory compliance strategy to instead rely on third-party certification. Making this change to FIFRA registration requirements for water treatment systems would remove an unnecessary burden on manufacturers, importers, and the EPA. More specifically, third-party certification as an alternative pathway to FIFRA compliance:

In summary, to protect consumers, increase safety, and remove regulatory burdens, the EPA should review alternative compliance pathways and mechanisms under FIFRA for drinking water treatment systems. Making this change to FIFRA registration requirements for water treatment systems would remove an unnecessary burden on manufacturers, importers, and the EPA.

Jeremy Pollack is the Director of Gov­ernment Affairs at the Water Quality Association (WQA). He leads the associ­ation’s US federal legislative and regu­latory agenda, in addition to managing international, regional, and state level affairs. Prior to WQA, he was the Manager of Federal and Global Government Affairs for the American Society of Heating, Refrigerating, and Air Conditioning Engineers.

About the company
WQA is a not-for-profit trade association representing the residential, commercial, and industrial water treatment industry. WQA’s education and professional certification programs have been providing industry-standardized training and credentialing since 1977. The WQA Gold Seal certification program has been certifying products that contribute to the safe consumption of water since 1959. The WQA Gold Seal program is accredited by the American National Standards Institute (ANSI) and the Standards Council of Canada (SCC).