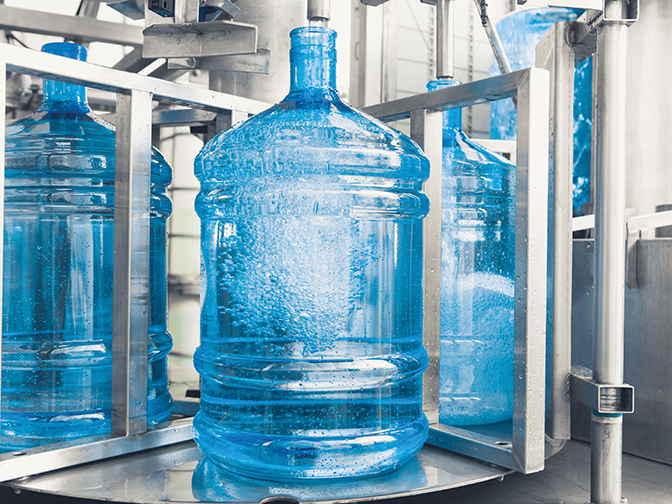 Water coolers are very popular across the U.S. due to a variety of factors, including water shortages and contamination. These challenges are only increasing because of global warming and so are providing an opportunity for the bottled water cooler market to continue to grow. However, the market faces several potential threats from new technology and rising prices.

State of the Industry of Water Supply
While the East Coast of the U.S. is hit by powerful hurricanes, the West suffers from worsening droughts, leaving almost half of the country’s population with severely depleted water supplies. Water supplies not only affect millions of people’s drinking water, but also the farmland that produces the country’s produce. Tens of thousands of people in small towns across California are employed in its $50 billion agricultural industry and have been devastated by the impact that drought has had on drinking water supplies.

Furthermore, Southwestern states negotiated a temporary agreement to use less water as reservoirs keep falling. Federal officials reported an 18% reduction in their annual report on the level of the Hoover Dam’s Lake Mead, which supplies Colorado River water to millions of people in the Arizona state region. This all-time low will automatically generate a reduction in Arizona’s 2022 water delivery.

Another danger to drinking water supplies comes from the fact that shallower domestic wells are more susceptible to contamination. When groundwater is over-pumped during a drought, it can draw shallow, contaminated water down to depths that are usually tapped for drinking water. Nitrate contamination in the Central Valley’s domestic wells is reported to have increased from 300% to 500% during drought years.

The Bottled Coolers Market in 2021
Bottled water dispenser (BWD) sales in the U.S. are not only driven by the demand for higher water quality, but also by the fundamental need for water in many regions across the country where water shortages occur. However, the low-income brackets in most areas where water shortages are most common are pulling down the tolerated price points and adding more pressure on the Cost of Goods Sold (COGS), and accordingly, bottom-line margins for most manufacturers of BWD and water bottles in these specific regions.

Meanwhile, point of use (POU) and integrated tap system (ITS) units often hold a more premium price; a significant market driver for BWD is price, which makes it the ideal water dispenser type across most parts of the U.S.

Zenith Global’s 2022 U.S. Water Dispenser Report confirmed stronger growth in 2021 as the country emerged from the COVID-19 pandemic and as consumers gradually returned to the workplace, which holds the largest unit placement share in the market. The market achieved bottled water volumes in excess of six billion litres and more than six million units were present in the market in 2021.

In 2021, the three major national water cooler suppliers—Primo Water North America, BlueTriton Brands, and Culligan—continued to lead the market with a combined market share exceeding 50% of all units placed. These three brands also claimed the majority share of the rental market in 2021 owed to their advanced and established sales, distribution network, and infrastructure.

The rented units market is highly consolidated due to the high cost and barriers for new entrants.

Market Evolution
In 2020, more consumers were working from home, which increased water consumption in the domestic channel and the medical sector.

Rapid improvement of home delivery services during the first months of the pandemic helped realise the full potential for home consumption as demand from offices and other out-of-home (OOH) channels plunged. Although the BWD market generated steady growth in 2020, driven by the high demand from home consumers, water volumes witnessed a decline, especially during the stricter lockdown periods between April and June; Zenith Global found that many units remained inactive in the workplace sector.

In addition, litres consumed per person through bottled dispensers decreased to approximately 18 litres in 2020.

However, with a steady hybrid home-office working style in 2021 and extending into 2022, BWD units are still the favourite choice for water dispensing and experienced a growth in domestic settings. Consequently, bottled water volumes grew in 2021 to reach similar levels to those seen in 2019 following the 2.5% decline in 2020 when demand from the workplace channel fell during the periodic lockdowns in 2020.

Although BWD units might have remained in place, monthly water delivery was no longer required, as staff were working from home, which explains the decline in water volumes and the in­crease in water dispenser sales for home consumers requiring high-quality water at accessible prices while working from home.

The fact that tap water quality in the U.S. is contaminated with harsh chemicals, lead, and bacteria helped boost this trend further during the pandemic year.

Unit Characteristics
Chilled still water remained the dominant feature in BWD units in 2021 with more preference for still water in the U.S. compared to Europe. However, over the course of 2021, units with hot and boiling options have been growing, and consumers have been seeking this feature more over ambient water.

BWD units and bulk bottled water continue to be an impor­tant and growing market in the U.S. due to the low tap water quality and the rise of health-conscious movements that started before the pandemic but multiplied during the last two years.

Future Prospects
Despite the pandemic, BWD units and bulk water have shown strong growth in the recent past. This trend is likely to continue in the short term due to the continuing droughts and contam­inated water seen across the U.S.

However, alternative units such as POU and ITS are potential threats which could claim BWD’s market share as they have in Europe. These units are considered to have a lower environmental impact and, as prices continue to fall, they could become popular in the U.S. with some better education surrounding the filtration systems used.

The rising cost of living may also drive up water gallon and cooler unit prices, resulting in a loss of sales. As the top of the market is consolidated, mid-sized and small players will likely struggle to compete with the market leaders in terms of price.

Mohamed ElSoda is a Commercial Consultant at Zenith Global responsible for market research, competitor analysis, and due diligence, with a specialization in the latest developments in the rapidly consolidating water coolers and dispensers space. He brings years of experience in corporate banking and management consulting across EMEA. He holds a BA in account­ing and an MBA from the University of Bath School of Management.

About the company
Founded in 1991, Zenith Global is a specialist food and drinks consultancy operating throughout the world with headquarters in Bath, UK. Zenith is the leading independent authority on the bottled water, water dispenser, and water cooler industries and draws on its extensive knowledge of these markets and its contacts to publish industry-standard annual reports across Europe and North America.