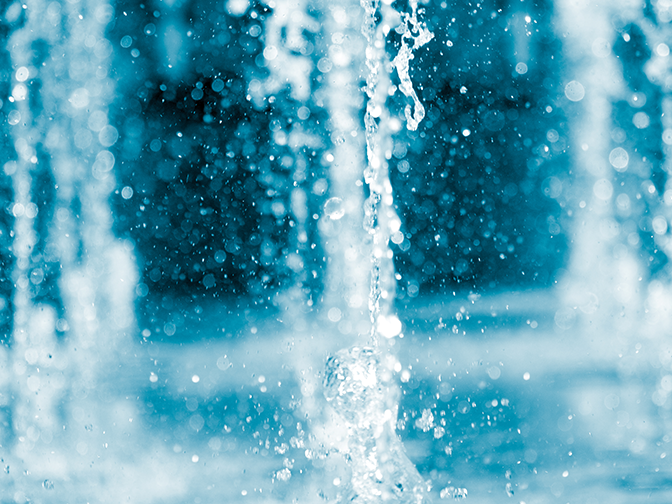 As the global demand for clean and sustainable water increases exponentially each year, it is imperative to highlight a key player in the effort to achieve it. The WateReuse Association, founded in 1990, is the nation’s only trade association solely dedicated to advancing laws, policy, funding, and public acceptance of recycled water. As a nonprofit organization, WateReuse represents a coalition of utilities that recycle water, businesses that support the development of recycled water projects, and consumers of recycled water. The organization’s members represent more than 200 communities and 60 million utility customers around the country. The goal is to engage members in a national movement for safe and sustainable water supplies, and to empower communities to embrace water recycling as the cornerstone to safe, resilient, and sustainable water resources.


The WateReuse Association employs a small staff of association professionals and technical experts who each bring a key skill set to the team and help implement the association’s mission and goals. The operation is led by 25 board members who represent industry leaders in both the private and public sector. The board is currently led by President Craig Lichty, Client Director and Vice President at Black & Veatch. WateReuse is supported by a network of passionate volunteers from across its national membership. Volunteers serve on committees, participate in advocacy, help plan the annual WateReuse Symposium, and much more.

Leading With a Passion
Patricia Sinicropi has served as Executive Director of WateReuse since 2017. She has been helping to solve the nation’s water challenges since college, when she got involved in activism related to the Federal Clean Water Act. After studying law at University of Maine, Sinicropi came to Washington, DC, where she joined the Clinton Administration’s Council on Sustainable Development in 1996 and learned holistic approaches to water­shed and natural resources management.

Sinicropi’s interest in water grew as she worked on environmental policy and community support programs at the United States Department of Agriculture and representing the Rural Com­munities Assistance Partnership. These experiences exposed her to the ways in which water and wastewater systems are foundational to the growth and functioning of communities. From there, Sinicropi joined the Water Environment Federation in 2004 as a Legislative Counsel and then became the Director of Legislative Affairs for the National Association of Clean Water Agencies, taking a lead on many of the policy issues related to the Clean Water Act that had sparked her passion 20 years prior.

Achieving Legislative Goals
As Executive Director, Sinicropi is focused on water recycling— one of the key resource management tools that she had addressed throughout her career. With Sinicropi at the helm, WateReuse has achieved important legislative goals and significantly expanded the feasibility and implementation of water reuse in the United States.

In 2020, following a year of close partnership between WateReuse and the U.S. Environmental Protection Agency (EPA), the EPA released its first-ever National Water Reuse Action Plan. The plan identifies action leaders and milestones to drive progress on water reuse and address local and national barriers to imple­mentation. WateReuse continues to lead many of the actions and still partners closely with the U.S. EPA.

In 2021, President Biden signed the Infrastructure Investment and Jobs Act into law. The legislation, thanks in part to WateReuse’s advocacy, contains $1 billion for investment in western water recycling projects, a $125 million authorization for a nation­wide water reuse grant program, and establishment of a federal interagency working group on water reuse to ensure program and policy coordination between federal agencies.

Engaging a Wider Audience
The water industry as a whole has experienced the combined challenges of extreme weather driven by climate change, water quality and contamination issues, and stricter effluent regulations. In the past half-decade, these challenges have raised the profile of water recycling as a solution not just in the drought-prone, arid West, but across the United States. As a response, WateReuse has had to pivot in order to engage with new members nation­wide, create useful content, and advocate for funding and policies for a much wider range of regions and types of water recycling.

WateReuse has responded by producing nationwide tools like the State Water Reuse Policy Map, which can be found on the organization’s website, and successfully advocating for the inclusion of the first nationwide water reuse grant program, the Alternative Water Source Grants Pilot Program in the 2021 Infrastructure Investment and Jobs Act. As many companies can attest, it is difficult to increase support and gain community understanding for reusing water in a safe and sustainable way, underlining the need for an organization such as WateReuse.

Throughout the years, WateReuse has undergone several structural shifts. When Sinicropi became Executive Director, it was in the midst of reorganizing. In order to better focus on disparate priorities, the organization’s leadership decided to separate its research-focused foundation from its advocacy-focused trade association. Sinicropi helped refocus the new WateReuse around a mission of advocacy, engage­ment, and education. Thanks to her leadership and past expertise, WateReuse has become a powerhouse in federal advocacy and worked to create a more favorable landscape for water recycling nationwide. Sinicropi also worked to maintain a close relationship with the research foundation (now The Water Research Foundation), which continues to partner as co-hosts of the Annual WateReuse Symposium.

A Bright Future
WateReuse is giving us much to look forward to in the near future. The organ­ization is currently working with the Chamber of Commerce on an annual awards program recognizing innovative businesses that are leading on water recycling practices and with Congress to secure funding for the first and only nationwide water recycling grant in Fiscal Year 2023. For ways to get involved, WateReuse hosts a monthly webcast series for members and the public on important topics in policy, funding, technology, and more. In addition, the WateReuse Association will host the 38th Annual WateReuse Symposium in Atlanta, GA, March 5-8, 2023.

Water quality is a key concern for many Americans. Access to clean and safe drinking water is a hot topic in the news and in communities around the country. While misinformation con­tributes to community resistance for water reuse projects, Wa­teReuse is armed with the necessary tools and outreach to reverse its effects. The association encourages everyone to be­come a member today and be engaged, get educated, and advocate for the ultimate goal: “Using the right water for the right purpose, everywhere and all the time.”