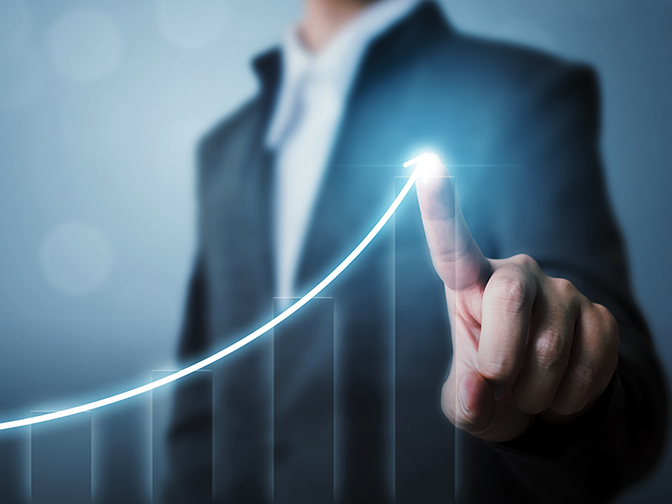 Before joining A. O. Smith and becoming the WQA’s next President, James F. ‘Jim’ Stern was a transactional lawyer. His first exposure to the water treatment industry was in 1995, representing Andrew Fleckenstein in selling his company, Fleck Controls, to Pentair. After a couple transactions with other water treatment companies, Stern left his private practice to join A. O. Smith (a publicly traded company on the New York Stock Exchange and an S&P 500-listed company) on June 1, 2007. He started as the Executive Vice President, General Counsel and Secretary and continues to serve these same roles today. In 2010, Stern helped the company, which at the time was mainly manufacturing water heaters and electric motors, acquire its first water treatment business in China, officially bringing them into the water treat­ment world.

In 2012, Stern led the company’s water treatment team through its move into the North American water treatment market, in which he had studied and became experienced. In the following years, A. O. Smith picked up the momentum. Since 2016, Stern has led the acquisitions of six water treatment companies. From these acquisitions, A. O. Smith has had strong organic internal growth, but it won’t stop there. “We continue to look at market opportunities for acquisition, both for geographic coverage, as well as for unique and differentiated technologies in the market,” Stern said.

The company’s North America water treatment business now primarily serves the USA and Canada markets, in both the residen­tial and commercial segments. Many of their business segments can be recognized under the brands Water Right, Aquasana, Hague Quality Water, Master Water and A. O. Smith, all manufacturing products in the POE and POU ranges. The company is most popular for its water heaters, boilers and purifiers. The most recent product launch has been a countertop unit that is ideal for consumers in homes where a water treatment device cannot be permanently installed. “The unit is certified by NSF for the reduction of more than 77 contaminants from water, including lead, VOC, PFAS/PFOS and pharmaceuticals,” Stern said.

Ever since its conception in 1874, innovation has been a guiding principle for A. O. Smith. The company now has two global state-of-the-art centers where this innovation happens—one in Milwaukee, WI, and one in Nanjing, China. Stern believes creating new technology is the way to be successful because it is what consumers are looking for. “We spend upwards of $85 million dollars a year on research and development,” Stern said, “That is a lot of innovation.” The company leads the market with its many unique products.

In addition to innovation, the company has been sustained for over a century thanks to its foundational values. “Our focus on our employees and innovative products, as well as our corporate responsibility and stewardship, benefits not only our share­holders but also positively impacts our communities and our planet,” Stern said. The company’s values include achieving profitable growth, emphasizing innovation, preserving its good name, being a good place to work and being a good citizen. As a leader in water technologies, those at A. O. Smith recognize the essential role they play in providing access to this critical resource.

The past two years have presented new challenges for the company between the pandemic and the supply chain shortages, but as a large organization, they have been able to utilize the numerous resources available to them. Continued work with the company’s valued vendors, dealers, wholesalers and contractors has kept them providing quality water to consumers. “The key in addressing the supply chain challenge for A. O. Smith is our commitment to doing business with honesty and integrity,” Stern said, “We are getting the benefit of the doubt from our customers that we’re doing our darndest.” Stern credits the trust held between A. O. Smith and its customers as a big reason that they have steadily maneuvered through these times. “We are getting our fair share from suppliers because they know we have been good partners,” he continued. “The industry has got good people in it.”

Stern believes the WQA is “on the uptick.” With people’s increasing awareness of water quality issues, he is excited to lead that growth as he joins the Board of Governors. “It’s good to bring in a fresh set of eyes to an industry that needs to continue to evolve in order to meet the needs of the consumers and members of the Water Quality Association,” Stern said. “I want to be a part of developing that leadership, that preeminent go-to resource, that policy makers and NGOs need. When they think of water quality or issues surrounding water quality, they should be contacting the WQA. We’ll be a great, fair, unbiased resource in a time when people are really grappling with water quality issues and how to attack them.”

The water treatment industry is blessed with incredible people. Stern praised “one of the patriarchs” and Past Presidents of the WQA, Andrew Fleckenstein, for being a great colleague and mentor. “He’s a wonderful man, the one who got me interested in water treatment,” he said. Stern serves on a number of charitable boards, including the Fleck Foundation.

As for A. O. Smith’s near future, the company is positioned well for continued expansion. The goal moving forward is to continue leading consumers to the best products that will fit their individual needs. “As the country moves out of the pandemic to a ‘new normal,’ I believe we’ll see consumer awareness around water quality continue, resulting in positive outcomes for our industry,” Stern said. With his devotion to both A. O. Smith and the WQA, only great things can be expected in this next chapter for Stern, and therefore the water industry as a whole.