The Difference Between Solvent and Non-Solvent Resin 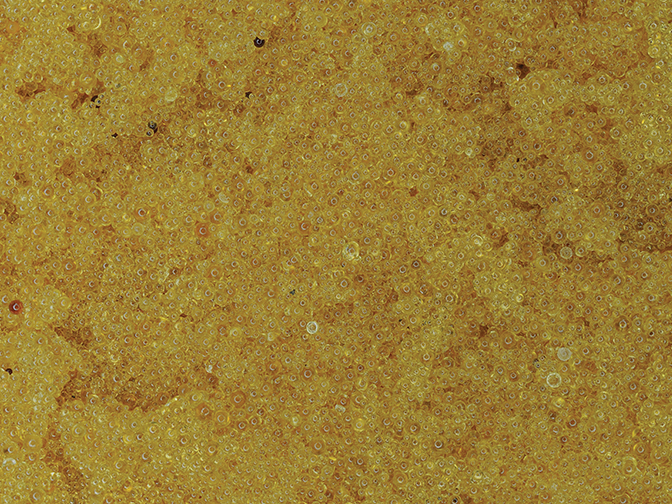 Ion exchange resins offer water treatment professionals numerous options for removing contaminants from water. When we think about water treatment, we tend to focus on what is being removed In some instances, however (specifically with ion exchange), there are things that may be added to the water. When thinking about what is added to the water, most people think about sodium, potassium and to a lesser degree chloride, which shows up in the water due to the exchange of hardness minerals for sodium or potassium. There could, however, be solvents or other reactants and contaminants left over from the manufacturing process, leaching from the resin itself, depending on a variety of factors such as storage conditions, including extreme temperatures. For high-purity applications (such as in the medical industry), solvents in the product water can be disastrous and potentially dangerous. Therefore, some cation resins are marketed as non-solvent, which are made without solvents. This article will focus on cation resins mainly used in softening applications.

Historically the manufacture of ion exchange resin was done without the use of solvents. Due to advances in manufacturing, solvents were introduced to produce a better product. To better understand why solvents are used, a simple review of the manufacturing process is necessary. Manufacturing cation resins involves multiple steps with various chemical reactions. First, resin beads are formed by styrene and divinylbenzene in a suspension polymerization process. Then, for non-solvent resins, the beads are sulfonated by reacting them with concentrated sulfuric acid; this results in a hydrogen-form cation resin. Next the sulfonated beads are then exposed to water (which swells the beads) and they can expand to more than double their original size. Finally for softening resins, there is a neutralization process to change the resin from hydrogen form into sodium form.

The sulfonation, swelling and even the neutralization process puts stress on the bead and can cause cracking and/or breaking, which results in a useless resin. In solvent-based resins, a solvent (usually 1,2-dichloroethane [DCE]) is added prior to the sulfonation process as a swelling agent, causing the beads to expand. The beads are then sulfonated and hydrated with much less stress, which leads to fewer cracked or broken beads.

At this point, the beads do contain a significant level of solvent used in the swelling step; no matter how much rinsing is done, a portion of that solvent will remain and can be released when in the resin is used. Manufacturing without a solvent is difficult and requires careful control of the sulfonation and hydration steps to help in reducing the broken and cracked beads. Due to the difficulties of the manufacturing process of non-solvent resins, there is an increased cost. The ability to manufacture without using chlorinated solvents , however, which is better for the environment as there is no solvent that must be properly disposed of, provides a product that will not contribute DCE or solvent that is used into the treated effluent.

The solvent 1,2-dichloroethane is highly regulated, especially in the United States, due to it’s hazardous nature. It is regulated under a number of different regulations including the Safe Drinking Water Act (SDWA), the Clean Water Act (CWA) the Resource Conservation and Recovery Act (RCRA) and Comprehensive Environmental Response Compensation Liability Act (CERCLA), to name a few. Under the SDWA, US EPA has established the maximum contaminant level goal (MCLG) at zero. That is the level at which there are no known or anticipated health effects. The legally enforceable maximum contaminant level (MCL) has been established at 0.005 mg/L, meaning public water supplies need to ensure that this level is met in any publicly supplied water.

Under the CWA 1,2-dichloroethane is designated as a hazardous substance, which means that there will be limits established for discharging a pollutant into water of the United States, which simply put, indicates surface waters such as rivers, tributaries, lakes and portions of the ocean. The National Pollutant Discharge Elimination System (NPDES) Permit Program under the CWA establishes levels for contaminants that are discharged by businesses and industries into surface waters as well as into municipal sewers. These levels can vary from state to state and from business to business, depending on a variety of factors aimed at controlling pollution. CERCLA is mainly known for regulating Superfund sites to reduce risk and exposure. These regulations are just a few of many, including state requirements as well as international laws. With all these regulations, this chemical is obviously hazardous to our environment and to public health.

Non-solvent versus solvent made resins?
The biggest reason to use non-solvent resin is that it will not leach DCE (or other solvent used) into the effluent water. Given the health effects associated with DCE, adding it to effluent water is undesirable in residential water treatment, as well as in many commercial industries. Typically, solvent resin manufacturers will remove as much of the solvent as is economically feasible; however, this leaves solvent concentrations in resins that are typically more than 1,000 times higher than the MCL. Any remaining solvent will usually be purged in the initial regeneration and pre-conditioning of the resin, when placed into service. Additionally there are manufacturer’s recommendations to pass water through the resin to fully rinse any remaining resin or color that may be present. These steps, however, do not guarantee that the softener effluent will be below the MCL when the resin is first used, while not using solvent in the manufacturing process doesn’t mean that the resin won’t contribute other contaminants, like divinylbenzene or styrene. Typically, these contaminants are in such small quantities that 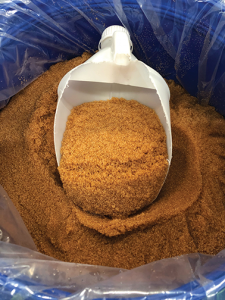 Conclusion
Whether buying resin through a distributor, supplier or direct from a manufacturer, get to know more about the quality of the resin to be purchased, to help avoid any quality issues with customers. Find out if the resin is manufactured with solvents or in a plant that uses solvents, or if the resin is further treated to reduce the leaching of solvents. A reputable resin company will provide a Certificate of Analysis or one can have the resin tested by a third-party, to help ensure they are getting the quality product for which they are paying. The standard cation resin Certificate of Analysis includes capacity, moisture retention, effective particle size, etc. but does not address the presence of solvents.

Marianne R. Metzger has spent a majority of her career working at laboratories in a variety of capacities, from Technical Support Representative to Vice President of Sales. Most recently she joined ResinTech Inc. to head up their new Laboratory Services Division. Metzger has presented at several national and regional water quality conferences about water testing topics and has contributed several articles to pertinent trade publications within the water treatment industry. In addition to working for laboratories, she also serves as the Executive Director of the Eastern Water Quality Association, where she assists the board of directors in developing membership through education.