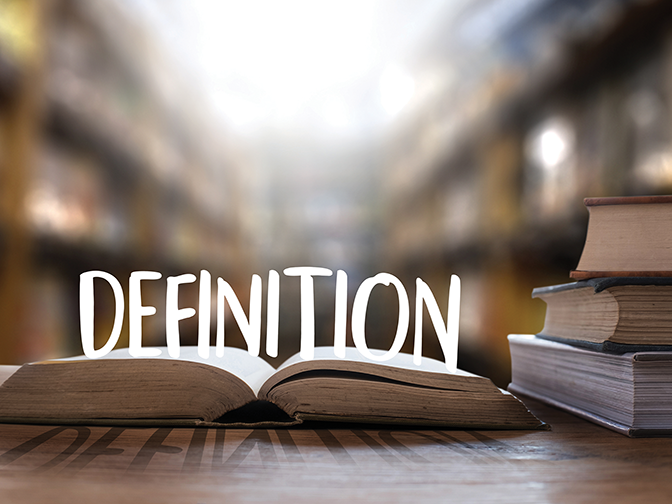 Editor’s note: This was first published in WC&P International in February 2020

When I first moved to America I quickly learned that certain words in South Africa mean different things in here. Our cars have boots and bonnets (trunks and hoods), we stop at robots (traffic lights) and we have biscuits (cookies) with our tea. As my career progressed in the water industry, I observed that some people used different terms to convey different meanings and some of those terms are not necessarily accurate. Furthermore, some don’t use those terms in a way that benefits the consumer. One of the most contentious and potentially harmful ones that I’ve observed over my almost three decades in the industry is: water softener. What is a water softener, how does it work and what is not a softener?

Hard water is usually called hard because it is hard to lather. So naturally, one would deduce that soft water would be easy to lather. People associate hard-water symptoms with more than just soap interactions, however. To many people, their water is hard because of the hard scale that forms on appliances, faucets and fixtures. To them, soft water must also not form scale.

Over the years, several innovative technologies have been introduced into the marketplace to address various hard-water symptoms, like ion exchange, membrane separation, radio-frequency emitters, magnets, sequestering agents, pH reducers, chelating agents, crystallization media, electrodeionization and many others. Some are only effective at controlling scale and some are effective at helping with both soap and scale. Unfortunately, there are also some that don’t seem to be effective at anything.

With everyone’s zeal to sell their products to as many people as possible, some sellers choose to call their technologies by names that don’t accurately describe them, causing confusion in the marketplace, as well as a lack of consumer confidence in the industry at large. This has become such a contentious issue among some in the industry that the Water Quality Association (WQA) convened a task force specifically to update and clarify its Glossary of Terms.

It means what? A glossary
Just as we consult an English Dictionary to understand English words, WQA’s Glossary of Terms is a useful resource in helping to clarify what various industry terms mean. It defines soft water as “Water which contains less than 1.0 grain per gallon (17.1 milligrams per liter (mg/L) or parts per million (ppm)) of total hardness” and describes a water softener as “A device, product, or equipment that reduces the presence of water hardness to less than 1 gpg expressed as calcium carbonate (CaCO3) equivalent via chemical, physical, or other means. In residential and commercial applications, the most common water softener consists of a pressurized water treatment device in which hard water is passed through a bed of cation exchange media (either inorganic or synthetic organic) for the purpose of exchanging calcium and magnesium ions for sodium or potassium ions, thus producing a softened water which is more desirable for laundering, bathing and dishwashing. This cation exchange process was originally called zeolite softening or the Permutit Process. Most modern water softeners use a sulfonated bead form of styrene/divinylbenzene (DVB) cation resin. Distillation, electrodialysis, nanofiltration, deionization and reverse osmosis water treatment systems are also capable of measurably removing calcium and magnesium ions from water and therefore act as water softeners.”

The Glossary of Terms also defines a saltless (or salt free) water treatment device as “A device, product, or equipment using chemical, physical or any other means, to counteract scale buildup of hard water minerals (calcium and magnesium) without the use of salt for regeneration. Depending on the scale reduction or prevention method, other effects of soft water may also be observed.”

Unethical behavior
Correct usage of appropriate terms when describing our products and services is crucial when teaching our prospective customers. The WQA Board of Directors ratified a change to the industry Code of Ethics (effective in 2020) as follows: “Terms and definitions, either written or verbal, shall be used in accordance with established definitions of those terms as published by WQA in the Knowledge Base Glossary.” This makes it quite clear that deliberately mis-describing something is not only unhelpful, but also unethical in the marketplace.

Doing it right
My team designs, specifies and supports several salt-based and salt-free solutions for homes, business and industry. In some applications, removing water hardness is the goal (softening), but in other applications we only want or need to control the formation of scale. Sometimes we soften using reverse osmosis, sometimes we soften using electrodeionization and we usually soften with high-efficiency, salt-based ion exchange. We’ve also had good success with various scale-control technologies (like template-assisted crystallization and phosphates), as long as we carefully consider the operating parameters.

It would be foolish of us to use a technology outside of where it will work as desired. No matter how good my phosphate filter is at controlling scale formation, it doesn’t do very well at making clothes or dishes cleaner than hard water. I look at it much like choosing a hammer or a screwdriver for a construction fastening project; sometimes one tool is simply better than the other and I like having as many tools available to me as possible. I like to know their relative strengths and weaknesses; most importantly, I like to know what will help serve my customers best for their specific applications. The key to choosing the correct tool is to fully evaluate the overall holistic of the project. Some questions that we ask on every project:

Based on these questions and a quick review of a recent water sample analysis, it is usually rather simple to select the appropriate tool to use for the job, whether a softener or scale-control device. Customer satisfaction is always our priority and that only happens when we accurately represent the outcome that we intend to deliver. If I were to describe a salt-free, scale-control technology as a salt-free softener, my customers would be very disappointed when their laundry wasn’t as clean as expected. This wouldn’t be good for the client or my reputation.

Conclusion
Language is important and words have meaning. Let us all use words that convey the true meaning intended, as we work together to improve the lives of all people through better water quality.

Greg Reyneke has almost three decades of ongoing experience in the management and growth of water treatment dealerships. His expertise spans the full gamut of residential, commercial and industrial water quality management applications. A recipient of the Ray Cross and Regents Awards, Reyneke has been active in the WQA since 2004 and has served on numerous committees and task forces. He is past-President of the Pacific Water Quality Association and serves on the WQA Board of Directors and Board of Governors. Reyneke writes prolifically and travels worldwide, helping to improve human life through better water quality. You can follow him on his blog at www.gregknowswater.com