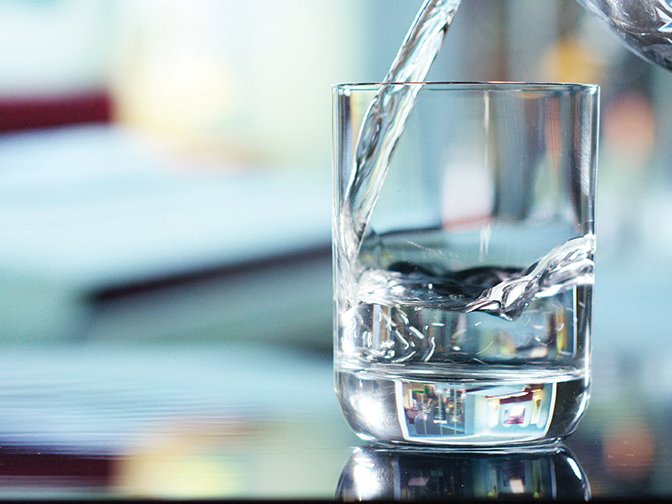 What started in 1980 as a laboratory business, focusing on one water purification system in a 900-square-foot building, developed into one of the most popular names in the water treatment industry. With seven patents, more than 70 proprietary and trademarked devices for markets around the globe and an honorable reputation, Aquathin Corporation has created an empire for success that is widely recognized, but it won’t stop there. “We have more accomplishments, honors, achievements, awards and certifications than any other company in the industry,” said Alfred ‘Alfie’ Lipshultz, the Co-founder, President and CEO of Aquathin.

The company is a recipient of both the prestigious President’s Excellence & E Star Award in Export from the US Commerce Department and the nation’s Blue Chip Enterprise Award from the US Chamber of Commerce. Of the nine major markets within the water treatment industry, Aquathin covers seven of them. From water softening to filtration to purification, the company provides a versatility to dealers and consumers that can’t be found anywhere else with its expertise in a variety of markets.

“I can’t remember life before Aquathin!” Lipshultz said. “My father was an entrepreneur. He never raised a ‘family,’ he always raised a corporation.” Lipshultz and his siblings grew up working at all his businesses. When he was in college, his father had the idea to manufacture an ice vending machine that wouldn’t require constant maintenance or ice be touched by human hands constantly. The problem was, these machines would get backed up from the different water qualities of the ice.

“I had a background in biology, chemistry and mathematics, so he asked for help and I told him to put a filter on it,” Lipshultz said. “It didn’t work, so we started looking at the elements of the water that might be causing the problem.” From this inspiration stemmed the manufacture of his first purification process system. At this time, RO was just coming onto the scene, but it had a lot of flaws, so Lipshultz continued his momentum and started Aquathin in 1980. All they knew was that they were determined to make the most effective water purification system available.

After more than ’40 Years of Pure Excellence,’ Aquathin is still more determined than ever to offer its serious dedication to health. Aquathin is a US-EPA registered manufacturer, ISO9001:2015 quality certified and IAPMO platinum-certified company, based in a 25,000-square-foot building in Pompano Beach, Florida, serving all domestic, international, commercial, residential, industrial and laboratory markets. In addition, the company has also received the ISO Quality Certificate and has been awarded the best water purification system in both the UK and USA. Its dealers have brought in hundreds of thousands of customers, making the client list more impressive and the Aquathin Army stronger each day.

One of the company’s many feats includes its highly renowned Aquathin University training program. Started about five years into Aquathin’s conception, this was before WQA or IBWA offered any education or training. “Back then, even when we were only making a handful of different models, 95 percent of the problems we encountered were field-induced,” Lipshultz said. “We decided to raise the caliber of the dealers out there. We invited these people to our facilities from all over the world and dealers sent over new technicians. We will take anybody that wants to be in the industry and in three days, turn them into a water professional that anybody would be pleased to employ.” This training allowed dealers to provide solutions to all water problems experienced in the various markets Aquathin serves. Lipshultz had first heard of this inside training concept from Burger King University and he thought it was a great concept.

As Aquathin University boomed in popularity and esteem, Lipshultz developed a road-show version that took training across the states and overseas into the UK. This became a huge success, especially since the road show program was directed more towards the specific market they went to, making it more efficient and applicable to those regions. “Trade journals are shrinking and more businesses are leaving than remain, so a lot of companies are marketing to the science-ignorant or starved person through the Internet, which is not good for the consumer. These systems make no claims, they have no certifications, they’re trying to sell systems for a couple hundred dollars off shelves and the consumers don’t know! We need an educated person to help educate consumers,” Lipshultz said.

Recently, Lipshultz has been involved in the podcast world, making quarterly videos on Health Quest. “I’ve known the gentleman who has done them for five years. He had never done one about water, so we started that,” Lipshultz said. The podcast helps people understand the science behind health and the episodes on water that Lipshultz contributes to give detailed insight to the importance of purified water.

On a similar subject, Lipshultz also released an article in 2008 (Legally Safe and Totally Safe are Two Different Addresses– Where Do You Want to Live?) that gained a lot of traction to help consumers understand the definition of pure water. “There really isn’t a single definition of pure water. Laboratories have multiple definitions. Municipalities have the 1974 Clean Water Act, but that only has 91 contaminants in it, but there are over 10,000 in the world known to be in water,” Lipshultz said. “Many are being changed to have lower MCLs. There’s legally safe water, which is the Act, and then totally safe water, which you can get for yourself.”

In that article, Lipshultz explains the dilemmas worldwide of emerging contaminants and the shortcomings of health standards by large organizations. His biggest goal is to make the public aware of these risks and learn about what they can do. “The consumer knows that they want two parts hydrogen and one part oxygen and nothing else. My article helps define what is the meaning of truly pure water that the WHO and other organizations may not get totally accurate,” he said.

Lipshultz is excited to watch how Aquathin will continue to cultivate in the future. With healthy drinking water diminishing and the lack of education with many consumers, complications are imminent, but after thriving despite a national and global economic crisis and the COVID-19 pandemic, Lipshultz is confident in his company and is proud of its contributions to a healthier, more sustainable tomorrow. After all, Aquathin’s mission is “To Improve the Quality of Life, by Providing the Service of Better Water Through Supreme State of the Art and Trend Setting Technologies.”