The Wonders of UV 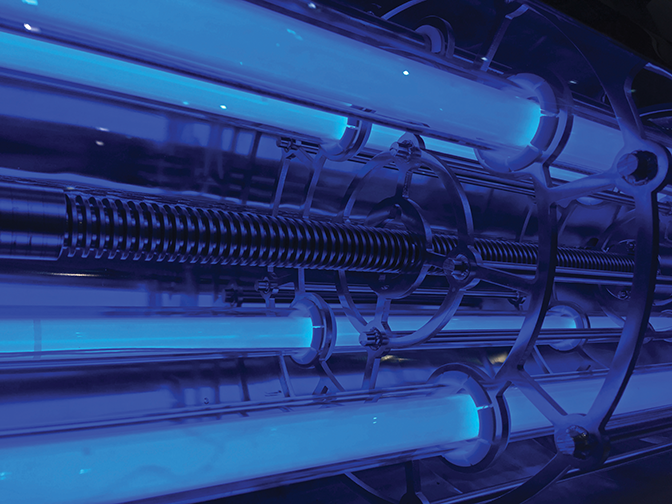 Kevin Shen has been in the water treatment industry since 1994. In 1997, he started to focus on the application, manufacturing and marketing of UV purification products. As a result, Shen founded WonderUV and has been the CEO since its inception in 2002. WonderUV began by producing UV sterilizers, TOC UV devices and UV online monitoring systems. The company’s products are exported to over 50 countries worldwide, with the main source market mostly between North America, Latin America, the European Union, Asia, Africa and Oceania. WonderUV’s products are for all domestic, commercial and industrial water treatment uses alike. From the very beginning, WonderUV has received valuable technical support from the International Ultraviolet Association’s (IUVA) global UV authoritative experts.

Shen has always been surrounded by advanced knowledge. His father was a microbiologist at a university, which cultivated his early interest for dealing with bacteria and viruses. “When I was only 10 years old, I often followed my dad to the university laboratory,” Shen said. “My dad used various instruments and culture medium, propagation of bacteria and research and development of the swine fever virus vaccine.” After completing school, Shen befriended Canadian professor James R. Bolton, one of the world’s top UV experts, in his first year of starting WonderUV. “Under his guidance, our WonderUV products have fully embarked on the international standardization track,” Shen said. The company’s mission became “providing high-quality UV products to the world to ensure that people from all over the world able to drink healthy and clean drinking water sources.”

UV technology has been in use and developing for more than a century. “In the field of water treatment in developed countries, the application of chlorine disinfection has been gradually reduced and UV technology will be widely used in the future,” Shen said. UV sterilization has become a preferred method of water treatment due to the fact that there are no chemicals used, no heat is required and the treated water will have no peculiar smell. “When people are basking in the sun on the beach, they may forget to sunscreen. Exposure to the sun may cause skin cancer, which is caused by strong ultraviolet rays in the sun’s rays. In the same way, UV lamps can release enough UV doses to destroy the DNA of microorganisms and achieve the purpose of inactivating bacteria and viruses,” Shen said. “The application of ultraviolet rays in water treatment can ensure human health and reduce diseases.”

When WonderUV was founded, it became the first Asian UV manufacturer to obtain NSF/ANSI 55 certification. Throughout the years, the company has assisted its customers in various countries to pass certifications such as US WQA certification, EU ACS certification, British WRAS certification and Australia ACS certification. WonderUV’s technicians have participated in various certification training. “Ninety-five percent of employees recruited by our company have received higher education and professional skills training,” Shen said. “Usually, we will only hire if we agree with the development prospects of our UV industry and the company’s global international development goals.” The company’s best-selling products are the Low Flow UV Sterilizer (1-12gpm), which is mainly sold domestically or to business owners, and the TOC UV Reduction Device, which is an ultrapure water field in the semiconductor integrated circuit (IC) industry and the pharmaceutical industry.

When encountering the issue of mutual recognition of product certification in the various countries in which WonderUV does business, Shen consults predecessors or experts in the industry to tackle it. “Low-end, counterfeit and inferior products hitting the markets of various countries around the world is the main challenge to us,” Shen said. “Product certification is easily recognized by customers in developed countries.” Shen hopes to provide more supporting services to these users in developed countries and to expand the company’s high quality UV products into countries that accept this market.

WonderUV has many sensational prospects on the horizon. Shen recently applied for the company to have a new industrial status in the Malaysian government. In addition, WonderUV will be releasing a product soon that applies a plastic UV sterilizer to purify seawater. “UV monitoring systems are expected to be promoted globally in the next six months,” Shen said. As the market for UV sterilization only continues to grow and become more recognized, the future of WonderUV is bright. “I estimate that in the next 10 years, the market will increase by more than 30 to 40 percent,” Shen said. “Human beings cannot survive without water. Whether in developed or developing countries, drinking water, food, pharmaceutical, cosmetic, chemical, semiconductor IC industry, soil-less cultivation, aquaculture, hospitals, hotels, swimming pools, laboratory humidification systems and many other fields, they all require clean water sources. The market prospects are broad.”