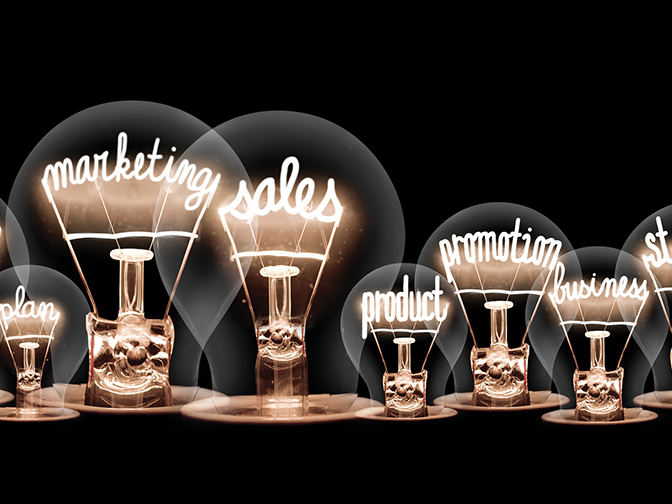 Peter Drucker once wisely said, “The best way to predict the future is to create it.” Over the past few months, we’ve gone through everything you need to build a revenue-driving online marketing strategy that puts the needs of your local market at the forefront and uses technology, science and psychology to generate a consistent flow of leads for your business.

Up to this point, we’ve shared ways to:

1. Get highly qualified, cost-effective traffic (people) to your website
2. Convert more of that traffic into leads using split testing
3. Humanize your web presence to help build trust and position you as the authority on water quality among your target audience
4. Engage your team to become educators and effectively leverage that knowledge base to position you as the industry-leading authority
5. Utilize polls and surveys to learn more about your local market to give them more of what they want (and less of what they don’t)
6. Understand which marketing metrics matter and how to calculate them

Today, we’re going to close the loop on this process by tying in the most crucial piece of the puzzle: the economic impact of marketing on your business. To do this, we’ll discuss a little-known strategy employed by exceptional leaders and companies to gauge what works, test ideas and launch massive growth in their industries. It’s a concept I like to call, Ready, Fire, Aim, Cannonball!

In the book Great By Choice, authors Jim Collins and Morten T. Hansen dive into great detail, unfurling the critical characteristics of leaders who created a remarkable future for their companies and themselves despite extreme uncertainty. One of these characteristics is empirical creativity. The authors describe this trait as being disciplined to not rely on other people, conventional wisdom, or authority figures for answers but to look primarily to empirical evidence. Leaders with this trait rely upon observation, experimentation and working with tangible results. They then make bold moves based on what they now know works, because it’s empirically validated.

This process is the same one that we’ve discussed over the past three months. Once you set up a system to track your marketing metrics that matter, establish a culture of testing within your organization and the partner organizations you work with to grow your business and have creative ideas waiting to implement. You’re ready! Now is the time to fire your bullets.

A bullet is an empirically validated product, service, or idea. It must be low-cost and low-risk. Then, based on the target it hits, you’ll be able to see the resulting impact, both financially and culturally, on your organization. By figuring out which bullets are hitting the correct targets, you can set your aim and launch your cannonball. So why not ready, aim, fire? If the past two years have taught us anything, it’s that the world is full of chaos and incertitude. How can we possibly aim without making a whole lot of assumptions? Isn’t setting your aim before empirically testing your bullet(s) riskier than firing off a round and then evaluating the rock-solid data which allows you to calibrate your cannonball?

In marketing, this might look like testing different lead generation channels such as Google Ads, Facebook and Instagram ads, search engine optimization, creating and publishing educational content, direct mail, streaming ads, etc. It might be testing out different messaging around a product. It may be testing the promotion of a potential product you’re not sure you want to commit to yet fully.

To illustrate this, let’s use the example of a company we likely all know – Apple. In 2001, the world was exploding with music file-sharing on platforms like Napster. MP3 digital-music players were becoming more common and Steve Jobs knew there was a potential opportunity. Their core product, however, was the Mac computer. So, instead of seeing an opportunity and pivoting to chase the market, he empirically tested the idea of adding on a small MP3 player that worked seamlessly with the Mac computer and the software to support the device.

Jobs himself didn’t see the creation of the iPod as a new product category for Apple, simply an extension of an existing product. The iPod was a bullet. They were ready; they fired the bullet and what happened next would validate an entirely new division of the company. The iPod was a hit, so they calibrated their aim and launched the cannonball – the iTunes store. To say the explosion was felt across the world would be an understatement. Apple changed the course of music history and an entire series of products was born. Jobs could have easily looked at the market, made some assumptions and invested big money in what he thought might work. Instead, he took the disciplined approach of testing and verifying ideas and the economic impact on his business before firing off the cannons.

In 13 years of working with over one hundred businesses in the water treatment industry, I’ve also come to observe a pattern of success. The Great By Choice authors did the heavy lifting to find the empirical evidence to support their observations; what I’ve seen matches perfectly as well. The bottom line is, if you want to predict the future of your business, you have to proactively create it by getting your processes in place and then testing, measuring and improving. How well does this process work for water treatment companies? Amazingly well.

A couple of years ago, we began work with a small company in Southwest Florida. They had tried it all before – paid ads on Google, Facebook, SEO – the whole online marketing gamut. Nothing had worked well, however, and business had been stagnant for quite some time. The first thing we did was create and implement the proper process to measure their goals. The second was to unload quite a few rounds of bullets in the form of industry specific keywords using Google Ads.

Because we had the proper measuring in place, we quickly saw which bullets (keywords) hit targets (leads that produced revenue) and promptly cut out the fat, focusing the budget on what was driving actual sales. Scaling back on under performing keywords and driving budget to the powerhouse keywords was the cannonball.

The client did an excellent job of communicating with us about which leads were turning into appointments and sales so we could launch more cannonballs, knowing that we’d already empirically validated what was working. This company grew more over the past two years than it ever had before and a closed-loop system was born that allows it to create its future instead of reacting to external events.

Conclusion
It’s important to realize that no matter how good your marketing team may be, they base their metrics on what they can measure in the silo of their organization. To know which bullets are effective, you must have a two-way street of communication, effectively breaking down the silo walls, so their performance is measured on actual revenue generated for your business. Our challenge to you is to find ways to allow the free flow of information across your departments and business partners to cultivate communication, leverage your knowledge base and help the business improve as a whole.

Going through this process will allow your team to gather visionary ideas, better understand a bullet’s effect on your entire organization and close the loop so you can continue a cycle of constant improvement through targeted, empirically validated action. 2022 is the perfect time to work ON your business instead of FOR your business. What will you do in the next year, quarter, week and today to create your future?

Amanda Crangle and the team at Lamplight Digital Media help residential and commercial water treatment companies profitably grow their dealerships using digital marketing. They have worked with over 100 water treatment dealerships spanning North America, managed millions of dollars in ad spend and performed over 1,000 scientific website split tests. Crangle intimately knows the water industry, having worked in a dealership as a sales rep and as a general manager. She and her team are passionate about expanding consumer awareness of water quality issues and providing education on final barrier solutions.