WQA Meeting Services Director Angie Silberhorn, CMP, was honored with the 2020 Robert J. Donovan Award, given to an outstanding meeting professional who leads by example, inspires volunteerism and is committed to the growth of the industry. The award was presented by Greater Midwest Chapter of the Professional Convention Management Association in an afternoon ceremony in Chicago, IL. A Certified Meeting Professional, she came to WQA in time to participate in the 2021 Convention & Exposition in Las Vegas, NV, and to assist with final preparations for the 2021 Mid-Year Leadership Conference held in September. Silberhorn is set to direct major WQA events going forward, most notably the 2022 WQA Convention & Exposition in Orlando, FL April 6-8. 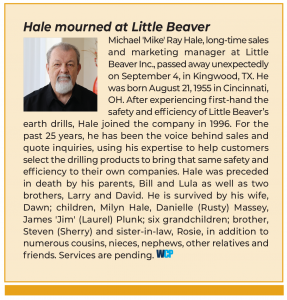