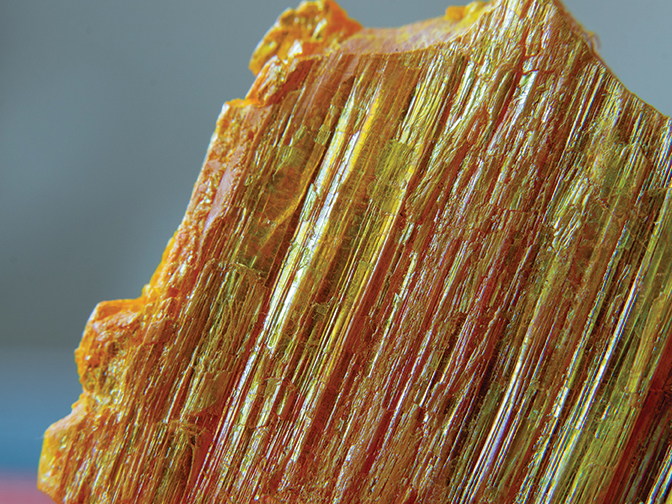 
Present day
For those of us who are presently engaged in remediating water problems, arsenic is one word that raises concerns (if not outright fear) because of what we know about it and how dangerous it is to our health and the well-being of our family, relatives, friends and those we serve in our communities. Many people rely on us, the water treatment professionals, to provide safe, life supporting water for drinking, food preparation and working water in the home to help prevent dermal exposure. The primary concern with arsenic is ingestion, which may lead to cancer of the skin, lungs and bladder and other ailments. In the November 2020 issue, we looked at why and how to remove this dangerous carcinogen. Let’s look back in history at its infamous uses to its reputable benefits.

Ancient history
In 55 CE, Nero used it to kill his stepbrother, Tiberius Britannicus, so he could ascend to the throne as Roman Emperor. In the Middle Ages, arsenic was the favored poison; effective for committing homicide, it was known as the king of poisons and the poison of kings. Being tasteless and odorless, arsenic was the preferred poison of choice during the Renaissance for eliminating rivals of the ruling class, most notably the well-documented 15th century Borgia family. They were professional [contract] poisoners who, when the client named the victim, the contract was sealed and the perpetrator was paid when the job was done. In the 17th century, there was an inundation of young, wealthy, married women who suddenly became eligible wealthy young widows. With ease of accessibility, it was also the choice for committing suicide. In the 18th century, incidents of arsenic poisoning declined precipitously because post-mortem detection was possible with the aid of a successful chemical test developed by James Marsh in 1836 and modified later by the Swedish chemist, Jacob Berzelius, and came to be known as the Marsh-Berzelius Test.

History is littered with accounts of diabolical and evil methods conceived of and used by unprincipled people eager for power and/or position in society or those with even greater ambition, such as world dominance. Arsenic was used as a chemical weapon during WW1, resulting in the death of nearly 100,000 people and 1.25 million related casualties. Since that time, there have been many more incidents of chemical and biological warfare taking countless lives in conflicts throughout the world.

Reputable benefits
Arsenic has been used in Chinese medicine dating back to 200 BCE and is described in their first traditional medicine book where they suggested using poison against poison. Hippocrates used arsenic sulfides to treat ulcers and abscesses and understood the properties of arsenic in 370 BCE. It has a favored place in medical history because of the successful treatment of two scourges in modern times, the first being sleeping sickness (trypanosomiasis) and the second being syphilis, the great pox (later known as the French Pox, attributed to King Charles Vlll of France). The popular theory is that after invading and conquering Naples, the celebratory aftermath produced a terrible disease that infected the soldiers and the people of Naples.

Arsenic has been used for medicinal purposes despite its toxicity for over 3,000 years as a tonic and therapeutic agent by Egyptians, Chinese, Greeks, Romans and other ancient cultures such as in Hindu medicine in India. Today, a homeopathic product called Arsenicum Album is available to remedy gastrointestinal symptoms. One symptom that this product is very effective against is amoebic dysentery, which is typically contracted by drinking contaminated water, or eating fruits and lettuce washed with contaminated water. When taken along with a live acidophilus, the intestinal flora is restored and complete relief is typical within 24 hours.

Commercial reputable benefits
Arsenic is used in many ways outside medicine to this day. Smelting of copper, lead, cobalt and gold yield arsenic as a byproduct. It is found in many commercially available products, including insecticides, pesticides, fungicides, flypaper, glass, cosmetics, ceramic enamels, paints, wood preservatives, candles, tanning, taxidermy and pyrotechnics.

Historical perspective
We have looked at snapshots of beneficial use of arsenicals in medical treatment and its management for hundreds of years and commercial products we use every day. We have seen the ugly and bad effects of arsenic, its detrimental and fatal toll on the human condition. Treating water for arsenic remediation is a task in which all water treatment professionals exercise their due diligence to ensure optimal performance and removal of this terrible carcinogen.

Conclusion
Arsenic is everywhere in our environment, air, soil, water and even in some foods in low levels. Advancements in technology and testing provide a measure of comfort in knowing arsenic and other carcinogens can be effectively removed/reduced when proven treatment methods are applied to yield high-quality drinking water for protection against harmful contaminants. It may also be comforting to know that arsenic has proven medicinal benefits and continues to be studied for additional history-making advances.

Gary Battenberg is a Business Development Manager-Senior for Argonide Corporation. Previously, he was Technical Manager, Water Treatment Department of Dan Wood Company. Prior to that, Battenberg was Technical Support and Systems Design Specialist with Parker Hannifin Corporation. His nearly four decades of experience in the water industry include a proven, successful track record in areas of sales, service, design and manufacturing of water treatment systems. Battenberg’s technology base covers mechanical and adsorptive filtration, ion exchange, UV sterilization, RO and ozone technologies. He has worked in the domestic, commercial, industrial, high-purity and sterile water treatment arenas. A contributing author to WC&P International magazine and a member of its Technical Review Committee since 2008, Battenberg was voted one of the magazine’s Top 50 most influential people in the water treatment industry in 2009. He can be reached by email at gary@argonide.com or by phone (407) 488-7203.