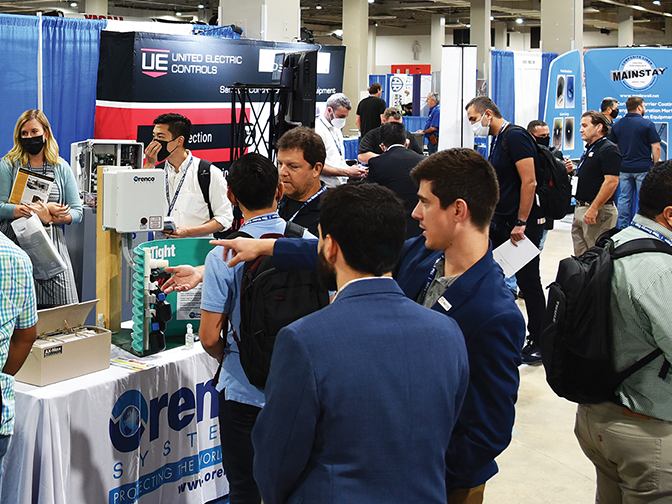 Colombia and Dominican Republic have several things in common. The most important are that they both speak Spanish and that they are mainly importers to cover their needs. Water treatment is no exception. These are common factors that pertain to all countries in the region. Colombia, with an area equivalent to the states of Texas and California combined, and Dominican Republic, a small island in the Caribbean shared with Haiti, belong to a region generically identified as Latin America and the Caribbean, comprised of more than 45 countries, ranging from very small Caribbean islands to the larger countries of Mexico and Argentina.

In 2020, they had a cumulative population of 660 million, double of the US, without the resources and capabilities to provide some services on their own and with an uneven distribution between urban centers and rural areas. They do not produce; they import. When we mention water, we should consider that in an expanded way that would cover potable needs, wastewater management and treatment, sewer infrastructure, sanitation, environmental services and more.


Filling a need
When The Water Expo was launched in 2013, it was as a spin-off of the previous MiaGreen Expo & Conference, to fill a need in the industry: to connect Latin America and Caribbean importing needs in a cost-effective platform with their natural potential providers that are based mainly in the United States. Produced in Miami, FL, it offered the opportunity of being in the US and also in the ‘northern Latin America city’ of the world.

Miami has become in the last 40 years, the financial center for most of the Americas, with a multicultural and growing active population. That has made it a most convenient venue for the Water Expo. It has also promoted a key factor to succeed serving such market: suppliers can learn to adapt their marketing approach in a friendly environment to target potential purchasers. This has helped overcome barriers, the first of which is language. It has often been perceived that US manufacturers and distributors assume that international buyers and professionals coming to the States to do business should be prepared to interact in English language. That has not been the case.

There is also the cultural factor. If one is trying to introduce products, technologies, services and know-how, it would be better to do it using representatives recruited in Latin America and/or living in the US that were born or have family ties in the specific regions. They know how to overcome cultural barriers that may undermine negotiations and to do the proper follow ups. At these shows, I have seen frustrated exhibitors that expressed our show is not for them because they did not consider these two key factors.

Another consideration is that although we group all these more than 45 countries in a generic expression, i.e., Latin America and the Caribbean, they are far different as far as performing uniformly as business platforms. There are big differences that can be seen among them that have to do with their current economic and political situations. It is an unstable market but that will pay off once one learns how to manage it properly. Assuming there is a huge import market waiting to be tapped, the bottom line is that if we do not serve it, our competitors will.

The Water Expo versus COVID-19
In March 2020 when the pandemic started to impact the US, organizers were preparing for the 9th edition of The Water Expo, to be held in the last week of August. It was previously recognized for two years in a row as being among the fastest growing shows in the US. At that time, The Water Expo was well above performance levels as compared with previous years.

The tradeshow industry was among the last group to potentially recover after the initial onslaught of COVID-19. Due to its reliance on grouping a great number of persons inside a venue to interact in person-to-person relationships, the pandemic had an outsized effect. COVID-19 strongly impacted the economy as a whole but tradeshows were among the most affected sectors. Booth bookings suddenly stopped, cancellation requests were received. Virtual options became the magic interim solutions and the new trend in the tradeshow industry worldwide.

Producers of these events tried to be creative and stay proactive. The Water Expo itself was first rescheduled to October 2020, later converted into virtual format, finally performed in an entirely different way with new knowledge, experiences and a good amount of stress.


Almost a year later, this past August 25 and 26, the 10th edition of The Water Expo finally took place in-person at a time when the Delta variant of COVID-19 was making a significant presence in the country and specifically in Florida, affecting basically all non-vaccinated people. From the organizer perspective and considering the previous year of experiences, the industry learned that life and business must go on and that we need to keep on moving and facing potential new challenges. It also must be noted that there are no virtual platforms that can beat in-person events. As such, we are fully committed to move forward in that direction. 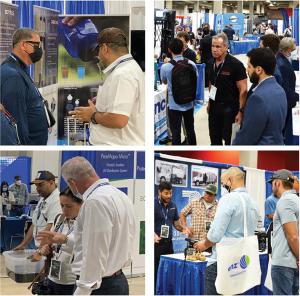 The Water Expo 2021 was a first step getting back to a new normal and organizers are extremely pleased with the results. Great feedback from participants, exhibitors, attendees and speakers, coming from the United States, Latin America and the Caribbean reinforce a sense of progress. Organizers have in mind the implementation of new features and initiatives for the 2022 edition, to be held August 24 and 25 in person in Miami, with an extended educational program starting on August 23.

The concept relies on the idea that the show itself will cover a full year of connections with the three in-person days as the climax. The program content and exhibits will be geared to fulfill needs in all the Americas, including the United States as well. Dozens of exhibitors have confirmed so far in these first days and the attendee registration system will be made active earlier than ever. The network of representatives in Latin America and the Caribbean is getting ready to begin recruiting customers and professionals that will bring back the technologies and knowledge to improve the water quality in these countries. It’s a great market just waiting to be properly served. We hope to see you then! 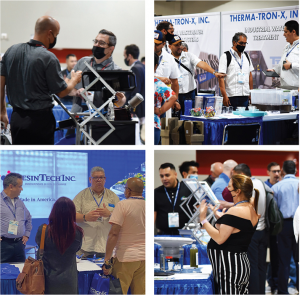 About the author
Jose Garcia-Piñeyro is President/CEO of Show Winners Corporation, an event promoter company located in Miami, Florida. With 25 years of experience, he has produced over 50 tradeshows and conventions serving the construction, health, real estate, sustainability, solar, energy and water industries. Born in Cuba, Garcia-Pineyro has a major as electronic engineer and worked 20 years in the Cuban Film Institute in Havana. He has also produced projects for the publication, music and showbiz industries. Contact him at jose@TheWaterExpo.com or call (305) 412-3976.