Check out the new WC&P website at www.wcponline.com. The new design makes the site easier to use while featuring the accurate content that you expect from WC&P. Be sure to follow us on LinkedIn and Twitter for announcements, photos and breaking news.

California drought order issued
Amid intensifying drought and record-breaking temperatures across the Western United States US, Governor Gavin Newsom added nine counties to the regional drought state of emergency and called on Californians to voluntarily reduce their water use with simple measures to protect water reserves if drought conditions continue and to help maintain critical flows for fish and wildlife wherever possible. The Governor signed an executive order calling on all Californians to voluntarily reduce their water use by 15 percent compared to 2020 levels through simple actions such as reducing landscape irrigation, running dishwashers and washing machines only when full, finding and fixing leaks, installing water-efficient showerheads and taking shorter showers. These voluntary efforts complement specific local conservation mandates already in place in some communities experiencing acute water shortage conditions this summer. State officials estimate an additional 15-percent voluntary reduction by urban water users from 2020 levels could save as much as 850,000 acre-feet of water over the next year for future use or enough to supply more than 1.7 million households for a year. The State Water Resources Control Board and the Department of Water Resources will monitor progress on voluntary conservation, reservoir storage, soil moisture and other metrics in the coming months to determine whether additional drought response actions are needed. For more tips on saving water, visit www.saveourwater.com.

WQRF predictive modeling research update
A study bringing together previous research efforts into a qualitative model that highlights drinking water contaminants most likely to cause violations, impact public health or generate widespread consumer attention in the next five to 10 years has been funded by the Water Quality Research Foundation. Researchers at Corona Environmental Consulting will develop the model in Phase 2 of the Predictive Modeling of U. Drinking Water Emergencies study. Researchers Carleigh Samson, PhD, and Chad Seidel, PhD, will use data from WQRF’s Phase 1 study, water quality data collected from state regulatory agencies as a part of the WQRF-funded Contaminant Occurrence Study and US EPA data, including the Fourth Unregulated Contaminant Monitoring Rule (UCMR4), the Safe Drinking Water Information System, chemical data production, use and spill data from US EPA’s Chemical Data Reporting program and Toxics Release Inventory. Each dataset will be reviewed to highlight contaminants with known or widely suspected human health impacts, broad occurrence, increasing trends in occurrence or regulatory violations over time, and likelihood to impact a large population. In addition, contaminants that are currently regulated or likely to be regulated in the future will be identified. After the qualitative model is developed, the project team will work with WQRF subject matter experts to review existing and potential future POE and POU treatment options for the highest priority contaminants likely to be needed in the future. Phase one of this study developed a comprehensive database of drinking water crises in the last five years and their associated environmental and socioeconomic factors. Phase two is expected to be completed by July 2022. More detail on this study and others is available at wqrf.org.

PWQA events announced
The Pacific WQA annual Summer BBQ will be held August 12 at Laguna Nigel Regional Park in Laguna Nigel, CA. It will run from 11 a.m. until 1 p.m. PWQA’s 64th Annual Trade Show & Convention and will be held October 12-15 at LA Marriott Convention Center in Burbank, CA. All details are available at the website, https://pwqa.com/ 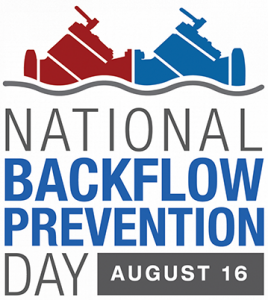 The first National Backflow Prevention Day, to be celebrated August 16, will recognize the role of backflow prevention and cross-connection control and those who install, maintain and test backflow preventers. August 16 holds particular significance: on that day in 1933, a back-flow incident occurred at two popular hotels near the Chicago World’s Fair, resulting in 98 deaths and 2,000 illnesses. The incident led to the establishment of the Foundation for Cross-Connection Control and Hydraulic Research and to safe plumbing regulations for backflow assemblies. All those in the industry are encouraged to mark the day, use the official logo and use the hashtag #BackflowDay on social media. For more information on National Backflow Prevention Day and how to observe it, go to the website at https://www.nationaldayarchives.com/day/national-backflow-prevention-day/

E+H field rep named
Endress+Hauser announced an expansion of its partnership with sales representative Field Instruments and Controls in the Pacific Northwest region. Effective July 1, that company became Endress+Hauser’s Authorized Service Provider for OR, WA and the ID panhandle. Field Instruments and Controls is based out of Woodland, WA and has been an Endress+Hauser sales representative in the Pacific Northwest for the past 12 years. The company was established in 1987, with the main goal of providing the finest instrumentation and controls technical sales and support to its customers.

Winsupply acquistion announced
Winsupply Inc. announced it has completed the purchase of Simon’s Supply Co., Inc. Terms of the purchase of substantially all the assets of the company were not disclosed. Simon’s Supply is one of the oldest and most established plumbing and heating distributors in Southeastern Massachusetts and adjacent Rhode Island. The company serves customers from five locations in Fall River, New Bedford, Plymouth and West Yarmouth, Massachusetts, and Pawtucket, Rhode Island.

Asia
Aquatech China recap
The 14th edition of Aquatech China 2021 was a winning mix of business, content and networking. As the world navigated the complexities of a global pandemic, Aquatech China retained an unprecedented high level of loyalty from Chinese visitors. Next to a packed show floor, an esteemed speaker line up was present at the 5th Industrial Water Leaders Forum, providing highly topical content combined with unique Chinese insight. The Industrial Water Leaders Forum (IWLF) brought together representatives from government, research institutes, water resource management companies, service providers as well as end users to share insights on the topic of Water-Carbon Nexus for Sustainable Future.