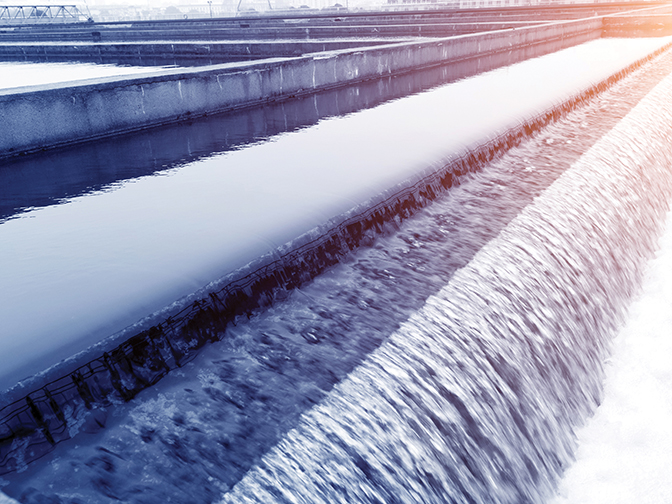 For the last few years, one of the hot topics in the drinking water space has been that of PFAS. PFAS, the accepted acronym for per- and polyfluoroalkyl substances, includes a large number of chemically related contaminants. These contaminants are entirely synthetic and have been used for various industrial purposes including waterproofing of fabrics, manufacturing of non-stick cookware, as well as constituents of firefighting foam.

One unfortunate reality of chemicals with the structure of PFAS is that they are extremely environmentally persistent, meaning that they break down in the environment only very, very slowly. As such, they tend to migrate from areas of industrial contamination into surface water and groundwater sources nearby.

Investigations over the last several years have found these compounds in an ever-growing number of various source water and drinking water supplies. Two of the most studied PFAS compounds have been perfluorooctanoic acid (PFOA) and perfluorooctane sulfonate (PFOS). In fact, US EPA developed a Health Advisory for these two compounds in 2016.

Test method for POU RO systems
The basic test methodology for PFOA and PFOS reduction by POU RO is the same as for other chemical contaminants tests under NSF/ANSI 58. Two POU RO systems are operated for a week-long test, which includes typically 13 sample points at which samples of the contaminant challenge water and the treated water from each of the two test systems are collected. These samples are collected under a variety of operating conditions designed to simulate different modes of real-world operation, including a 48-hour stagnation period, resulting in a robust evaluation of the ability of the system to consistently provide effective treatment.

PFOA and PFOS concentrations
Because the US EPA Health Advisory is based on the total concentration of both PFOS and PFOA, NSF/ANSI 58 structures the contaminant reduction requirements similarly. PFOS and PFOA are included as a mixture for the contaminant challenge. The concentration of PFOS in the challenge water is based on a review of US EPA occurrence data generated under US EPA’s UCMR3 monitoring samples from 2013 to 2015. The level is set at 1.0 µg/L (1.0 ppb), which is the level at which 99 percent of the population is expected to be exposed to water supplies with lower concentrations.

The challenge water concentration for PFOA is based on sampling of private wells and the public water supply in Hoosick Falls, NY, one of the sites where contamination by PFAS has been investigated. The level was set at 0.5 µg/L (0.5 ppb), which is the level at which 90 percent of the population is expected to be exposed to water supplies with lower concentrations. Combining these levels of 1.0 µg/L PFOS and 0.5 µg/L PFOA leads to a total challenge of 1.5 µg/L PFOS and PFOA.

NSF/ANSI 58 also specifies levels of treatment for PFOS and PFOA reduction. The total combined maximum treated water concentration for PFOS and PFOA combined is 0.07 µg/L, which is 0.07 ppb, or 70 parts per trillion (ppt). This level is based on the previously mentioned US EPA Health Advisory. See Figure 1 for the reduction requirements, according to NSF/ANSI 58.

Analysis at low concentrations
Because the levels being tested under NSF/ANSI 58 are very, very low, the analytical method must be one of extreme sensitivity. Due to this need for sensitivity, the analytical method is a special one that is detailed in Informative Annex 4 of the standard. This method specifies that water samples are directly injected and then analyzed by liquid chromatography triple-quadrupole mass spectroscopy (LC/MS/MS) in electrospray negative mode, with method sensitivity of 10 ng/L.

Developments in PFAS reduction requirements
Since US EPA developed their Health Advisory for PFOA and PFOS in 2016, several states have been aggressively investigating PFAS contamination in their states and developing their own health-based drinking water values for a number of additional PFAS compounds. Recognizing these developments both in terms of better understanding PFAS contamination as well as regulatory levels for PFAS compounds, the NSF Joint Committee has continued its work. Currently, a task group working under the direction of the Joint Committee is working to expand the scope of NSF/ANSI 53 to include requirements for reduction of several of these compounds. It is possible that once this work is completed, the Joint Committee may consider similar work to potentially expand the scope of NSF/ANSI 58 to include requirements for reduction of additional PFAS compounds. Should this happen, this column will be sure to provide updates accordingly. 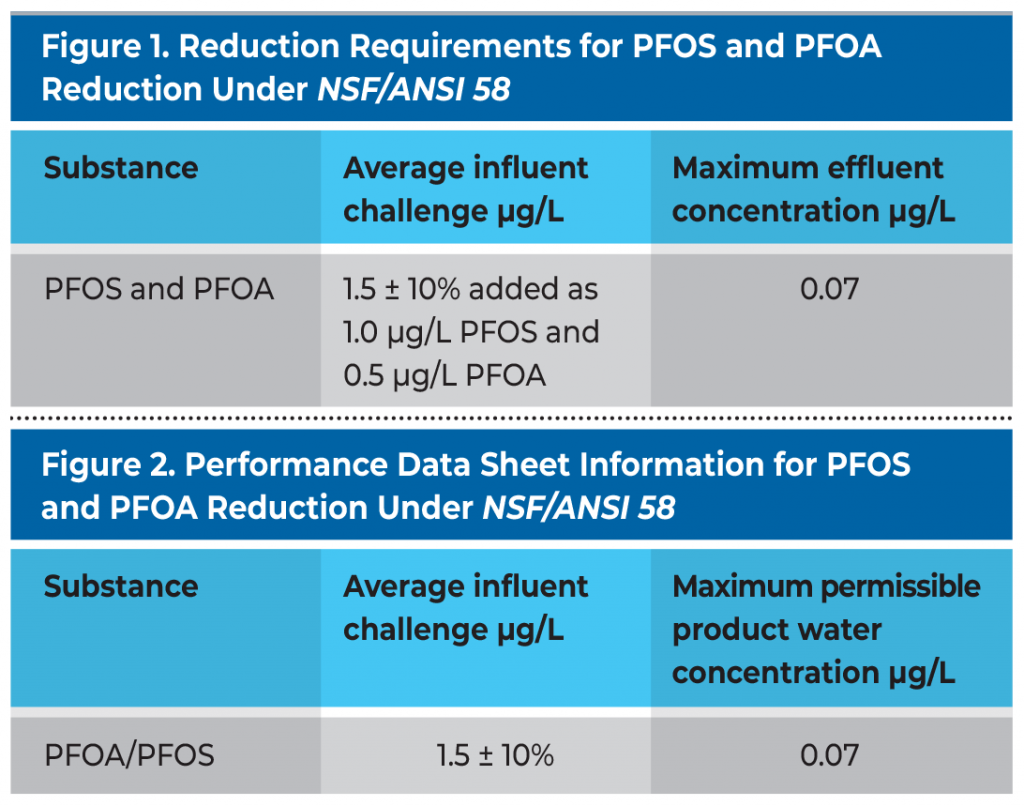 Rick Andrew is NSF’s Director of Global Business Development – Water Systems. Previously, he served as General Manager of NSF’s Drinking Water Treatment Units (POU/POE), ERS (Protocols) and Biosafety Cabinetry Programs. Andrew has a bachelor’s degree in chemistry and an MBA from the University of Michigan. He can be reached at (800) NSF-MARK or email: Andrew@nsf.org