Marcello, Nunez, Lindsay promoted at IAPMO
The International Association of Plumbing and Mechanical Officials (IAPMO) announced the promotions of Tony Marcello to Senior VP of Training and Credentialing Services; D.J. Nunez to Senior VP of Field Services and Christopher Lindsay to VP of Government Relations. Marcello has been part of The IAPMO Group for more than a decade. In his new role, he will oversee all global training and credentialing programs and initiatives.

Nunez joined IAPMO in January 2020 as a Field Services Representative, after 19 years with the state of California. He started his career as a plumbing and mechanical inspector and retired as the Southern California Area Manager for the Construction Inspection Management Division. Nunez served on IAPMO’s Board of Directors for 13 years, including as President in 2017 and 2018. He is a 36-year member of UA Local 460 and worked in the plumbing and mechanical industry for 18 years.

Lindsay has been with IAPMO since 2012 and is a key member of a team that provides a strong voice for IAPMO’s interests before Congress, federal and state agencies and state legislatures. He also assists IAPMO’s non-profit organization, the International Water Sanitation and Hygiene Foundation (IWSH).

New management for AMTA
The American Membrane Technology Association (AMTA) announced Kim Shugar will serve as AMTA’s permanent Executive Director, effective January 1. She has more than 15 years of senior executive experience in water and environmental policy, water and natural resource management, program administration and project management. Most recently, Shugar served as Deputy Director for the Florida Department of Agriculture and Consumer Services and Policy Chief for the Agriculture and Natural Resources Subcommittee in the Florida House of Representatives. She has an MS Degree in environmental engineering sciences from the University of Florida and a BS Degree in biology from Mercer University. Previous Executive Director, Deena Reppen, will continue to provide operational and communications guidance in 2021, including continuing to expand and enhance AMTA’s digital presence. Nicole Zimmerman, with nearly a decade of experience in conference and events management, marketing, operations, customer service and volunteer coordination, will serve as Membership and Events Manager. She graduated from Ashford University with an MBA and has a BA Degree in general studies from the University of Nebraska.

Gruenke named advisor to SSat Program
Traut Companies announced that Water Treatment Manager, Jim Gruenke will serve a technical advisor to the Minnesota Pollution Control Agency’s Smart Salting Assessment Tool (SSAt) program. The goal is to provide organizations and individuals in Minnesota with data to inform critical decisions for managing salt use. Assessment and monitoring programs aim to control and redress the environmental impact of salting.

Cerahelix, Inc. has added two members to its Board of Directors. Will Sarni and Martin Grohman, Executive Director of the Environmental & Energy Technology Council of Maine (E2Tech), joined the Board in December. Sarni is Founder and CEO of Water Foundry, an advisor to global public and private sector enterprises, NGOs and technology providers in solving water-related challenges. Previously, he was a Managing Director at Deloitte Consulting, where he founded and led the water strategy practice. Prior to that, he was Founder and CEO of DOMANI, a sustainability strategy firm.

Sarni holds both Master of Arts and Bachelor of Arts Degrees in earth and environmental sciences from Queens College, CUNY, NY. Grohman, a former member of the Maine State House of Representatives, co-founded DuraLife Decking, a composite decking manufacturing company that was acquired by GAF. He then he served as GAF’s Director of Sustainability. Grohman holds a degree in chemical engineering from Rensselaer Polytechnic Institute.

Roy honored with IWA Award
Renowned scientist and engineer Dr. Siddhartha Roy has won the IWA Young Leadership Award (2020-22). He will now also begin a two-year term as an industry ambassador for the IWA and the water sector in general. Currently Dr. Roy works as an environmental engineer and postdoctoral research scientist at Virginia Tech. He has conducted a range of research, primarily focused on disadvantaged communities. Dr. Roy’s most significant work in recent years has centered on the water crisis in Flint, MI, where he helped to uncover high levels of Legionella, in addition to waterborne lead poisoning.

Kinetico’s Yoder lost to COVID
Industry veteran Rodney L Yoder passed away on January 9 of COVID-19 complications in Middlefield, OH. He was born March 25, 1966, the oldest child of Joni (Joe) and Kathryn Yoder, in Cleveland, OH. Yoder graduated from Cardinal High School, attended Eastern Mennonite University (Harrisonburg, VA), then later returned to northeast Ohio to begin his career. In December 1996, he joined Kinetico Water Systems in Newbury. Little did Yoder know that Kinetico would become his extended family and a very important part of his life. Said Toby Thomas, Kinetico CEO and President: “He believed in the value Kinetico products bring to customers and was completely dedicated to Kinetico dealers.” Yoder also was an active participant in the Water Quality Association, including WQA’s Business Operations Training Committee and the Professional Certification and Training Committee. Preceded in death by his father, Yoder is survived by his wife of 23 years, Marla; children, Zoey and Grayson; his mother, brother Brian (Chrystal) and sister Jennifer, as well as several nieces, nephews, extended family and many friends. A celebration of life will be held at a later date. In lieu of flowers, the family requests donations be made to the Zoey and Grayson Yoder Education Fund, c/o Huntington National Bank, 14849 North State Ave., Middlefield, OH 44062. 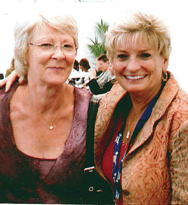 Industry mourns Peggy Blazek
Margaret ‘Peggy’ Louise Blazek, 74 of Downers Grove, IL, passed away December 22, 2020 with her family by her side. She was born to Charles and Margaret Cerny on March 6, 1946, joining her late brother Jack and sister Jill. Blazek married Edward ‘Ed’ Blazek in 1969. They loved to travel, golf and spend time with their family. Blazek was a cooking aficionado, a competitive and accomplished swimmer from a young age and a holiday hostess beyond compare. Christmas was her favorite and it was fitting that the celebration of her life was held during the time she loved the most during one of the holiest times of the year. 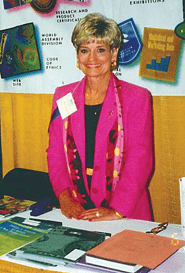 Blazek was an integral part of the Water Quality Association team for more than 20 years, retiring as Member Relations and Development Manager in 2016. She had many significant accomplishments in supporting the association and interacting with its members, many of whom value her as a close friend. An avid golfer, Blazek could be found on the green at events that included a golf outing. And she won many times. Blazek went out of her way to accommodate everyone associated with the water treatment industry, ensuring conference attendees felt like family whenever she appeared on their horizon. 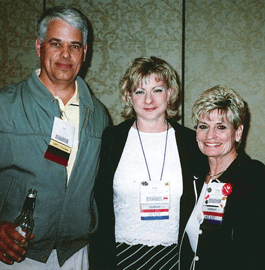 Without her efforts, many new WQA members over the years might have felt lost and overwhelmed at their first conferences. Respected by all, treasured by so many, she will be missed as the industry fixture who always had time to lend a helping hand. Blazek is survived by husband Ed; children Timothy (Kristine) and Ryan (Teri Lynn); sister Jill; seven grandchildren and her beloved dog Annie. In lieu of flowers please consider a donation in her honor to the American Lung Association www.action.lung.org 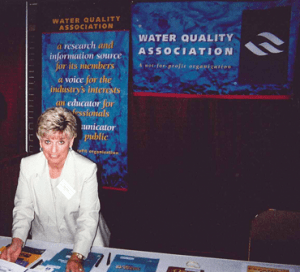