Time to Save the Clean Water Act?

Editor’s Note: This article was written on December 2, which was the 50th anniversary of the founding of the US Environmental Protection Agency.

Erin Brockovich is an environmental activist, made famous by the 1990 biographical film of the same name. Now she is back with a book: Superman’s Not Coming: Our National Water Crisis and What We the People Can Do About It. It’s a brutally honest look at how mismanagement, chemical spills, mishandling of toxic waste and sludge—and even fake studies—have created the perfect storm in terms of damaging water systems in the United States. Brockovich invites everyone to be their own saviors because you know, Superman’s not coming.

Joe Pitts of Ozark, MO, is a retired environmental specialist who spent 40 years in environmental protection and enforcement at the Missouri Department of Environmental Resources (DNR). He is also the retired Director of the James River Basin Partnership. I reached out to him after reading an article he wrote for The Joplin Globe in their November 2020 issue, Restoring Clean Water Act should be priority for new administration. Pitts expressed his feelings to me about WOTUS, President Obama’s executive order protecting US wetlands and ephemeral streams from surface pollution as an extension of the federal Clean Water Act of 1972.

Changes to the Waters of the US Rule (WOTUS) finalized in 2019 under the Trump administration, according to Pitts, “were based on misleading information touted by special interests and are a clear and present danger to the health and safety of Americans. The implementation of these rule changes is ongoing and generates a multidimensional issue because the intent is to gut WOTUS and in effect the entire Clean Water Act.

“The 2015 WOTUS rule implemented by the Obama administration was a response to numerous lawsuits against the US EPA by a diverse group of organizations to force it to implement and enforce regulations to achieve the stated goal of the Clean Water Act that all waters of the United States be fishable and swimmable by 1986. While Clean Water Act rules and regulations have restored roughly 60 percent of our waters to a fishable and swimmable status, 40 percent are still seriously impaired (polluted).

“In past practice, US EPA and the US Army Corps of Engineers did not enforce the Clean Water Act on bodies of water that were not clearly defined in the act. In other words, the agencies buckled to influence and pressure from special interest groups such as corporate agriculture, land developers and industries that discharge wastewater.” 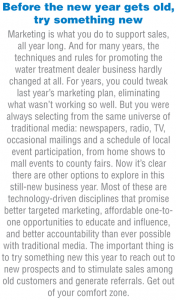 As Pitts explained in his article: “The Obama WOTUS rule was an attempt to provide the EPA and the US Army Corps of Engineers with guidance to clarify the definition of Waters of the United States. This new guidance was aimed mostly at waters that form the headwaters of streams and rivers. Many of these bodies of water are ephemeral streams and temporary wetlands. The guidance included in the Obama version of the WOTUS rule was a reasonable scientific approach to identifying these waters.

“What WOTUS did not do was provide US EPA or the Corps of Engineers with any additional authority to regulate private property and the waters on that property. The Clean Water Act does not regulate private property and won’t under WOTUS. In fact, the definitions make it easier for regulated entities to decide if they need permits for activities they might need to conduct in and adjacent to waterways.”

Said Pitts: “The 2019 changes to WOTUS by the Trump administration only made things worse and crippled the Clean Water Act protections. These changes are a 40-year leap backward for our nation’s waters. Of particular concern is removal of regulations on wastewater and stormwater discharges to groundwater, ephemeral streams and wetlands that will be lethally damaging to water quality.” Stormwater runoff is one of the largest threats to water quality and contributes to hazardous algal blooms and to the so-called dead zone in the Gulf of Mexico. “The new WOTUS rule,” said Pitts, “has the potential to return the country to a time when rivers were on fire and many of our waterways were characterized as open sewers.

“The past 40 years of experience with Clean Water Act implementation provide some important lessons:

The real purpose of the Clean Water Act is to protect human health and welfare from the abuses of corporate greed. The premise is that no individual, corporation or unit of government has a constitutional right to profit at the expense of the health and welfare of the people. Water connects us all and those who pollute water affect us all.

“Hundreds of billions of dollars have been expended over the past 40 years to attain about 60 percent of the 1972 goals of the Clean Water Act. If we are to avoid a complete loss of that investment, the newly minted Biden-Harris administration must make the revitalization of the Clean Water Act a high priority during its first year in office. Lack of strong Clean Water Act to ensure compliance with standards and to measure pollution effects on water quality amounts to a cynical giveaway of federal funds to polluting industries.”

Current and former US EPA staff and advisers close to the transition said Biden’s team has focused on preparing a rapid assault on the Trump administration’s deregulatory legacy and re-establishing air and water protections. “They are focused like a laser on what I call the ‘Humpty Dumpty approach,’ which is putting the agency back together again,” said Judith Enck, a former US EPA regional administrator who served in the Obama administration.

There also are plans to revamp science advisory boards that Director Andrew Wheeler and his predecessor, Scott Pruitt, had stacked with allies of private industry and purged many academic scientists. “The Biden team is hyper-focused on what it’s going to take to get things back on track,” said Chris Zarba, former Director of US EPA’s science advisory board, adding, “I think they’re going to do a full reset.”

Conclusion
The late William (Bill) Ruckelshaus played the role of Superman to the US EPA, when in 1983 (intent on restoring public confidence in the agency he had founded 13 years earlier) he came to the agency’s rescue at the request of President Reagan. In his second term as Agency Administrator, Ruckelshaus was able to win back public confidence in US EPA, ending a period of turmoil. Upon his second retirement, he had filled the agency’s top-level positions with persons of competence, turned the attention of the staff back to the mission and raised the esteem of the agency in the public mind. Once again, today is a challenging time for the agency. This time Superman isn’t coming.