Where Has All the Fresh Water Gone and Will It Ever Return? 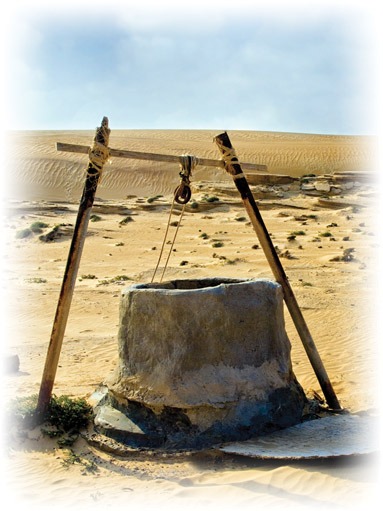 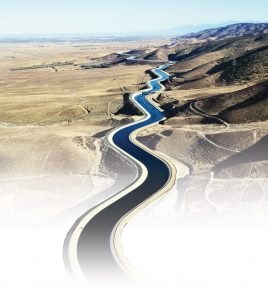 A farmer peers with dismay at his acreage now dusty with dried little shreds of what used to be his young plantings. A mom visits the village stream and finds what used to be a vibrant offering, now just a trickle. A homeowner finds he can no longer afford to keep his grass green. And millions of Americans feel the need to buy bottled water in the hope they can avoid the ever-growing list of contaminants that may be coming through their tap. Where has all the water gone?

A good percentage of the global population—everyone from farmers to computer geeks—realizes that water evaporates from the surface of the earth every day. It becomes water vapor that rises, condenses and forms water droplets. These water droplets form clouds and when the clouds become dense and saturated enough, gravity takes over and creates rain or snow. Then, the water cycle begins again.

The perception that we are losing water on this planet is formulated because the water has moved and what was once fresh, clean water has become contaminated. Water is moved around through natural processes: think of the glaciers melting and engulfing coastlines. The glacier, though in the form of ice, is still water. Rivers can change in volume, flow and direction due to rain, temperature changes and mankind’s interference. And, of course this includes mankind’s largest influence: the 57,000+ dams we’ve built on the planet.

For example, the Colorado River provides water for seven states and at least 40 million people. It feeds Lake Powell and Lake Mead, the two largest water reserves in the United States. Lake Mead supplies Las Vegas with 90 percent of the city’s water.2 But the river is now dwindling due to climate change’s effect on the snowpack that nourishes it. Nineteen years of drought are also to blame. The river once flowed into Mexico and into the Gulf of California. Now it is depleted well short of the gulf. Did the water leave the planet? Not really. It evaporated and moved elsewhere. Unfortunately it may have gone where they already have too much rain. 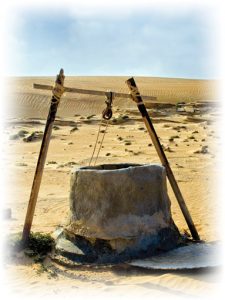 Most notoriously, our water resources are being affected by climate change. As the temperature rises so does the evaporation rate, leaving many communities in the dust, while in coastal areas the ocean is swamping not only farmland, but villages, towns and cities. In many areas, there is no fresh surface to draw water from, so communities are accessing their groundwater. But, as we continue to access our groundwater, we are depleting the water table, which also makes it feel like we are running out of water. Again, the water is still there, it’s just moving around, faster than man can accommodate its changing locations, leaving populations thirsty and hungry.

What also makes people think we now have less water is that we have contaminated so much of it. So, in addition to water not being where we are used to it being, much of it is something we no longer want to use. People use a huge amount of water every day in the pursuit of commerce and their own personal use. Once used, most of it is considered trash, something to put out of sight. The water is still there, people just don’t want to use it anymore.

Take domestic use. According to the US Geological Survey (USGS), the average American uses 80 to 100 gallons (302 to 378 liters) of water per day for indoor personal uses.3 The largest use of household water is to flush the toilet; this is followed by showers and baths. America uses 3.9 trillion gallons (14.7 trillion liters) of water per month.4 The use of recycled wastewater in the US and elsewhere is growing. It’s being used for landscaping, to replenish sensitive ecosystems that are running dry because the original water is being diverted for urban needs and in coastal areas to prevent saltwater intrusion.5

But more recycling and reuse can be initiated. The toilet-to-tap rally by oppositionists who are overlooking the great many steps incorporated to make wastewater safe, is used successfully to turn off voters about wastewater reuse and defeat measures to reuse water in many areas.6 Opposition aside, the growing use of recycled wastewater for irrigation, landscaping, industry and toilet flushing, is a good and necessary way to conserve our freshwater resources. Recycled water is also used to replenish sensitive ecosystems where wildlife, fish and plants are left vulnerable when water is diverted for urban or rural needs. In coastal areas, recycled water helps recharge groundwater aquifers to prevent the intrusion of saltwater, which occurs when groundwater has been over-pumped.

But we can do a lot more recycling of our contaminated waters. We who live in the lap of luxury, who can turn on the spigot every day and get safe water, can insist, through our regulators and government entities, that companies that use a lot of water treat, clean, recycle and reuse their wastewater. Who withdraws and uses the most freshwater for their operations? Industries that produce food products, paper, chemicals, refined petroleum or primary metals. Globally, industry uses 19 percent of all freshwater withdrawals. (Domestic use accounts for 11 percent of freshwater withdrawals.) And industry is expected to use even more in the future—withdrawals of freshwater for industrial use are expected to increase 400 percent by 2050.

In many cases, such as in oil and gas drilling and recovery operations, with the new technology available to them, it is more economical to treat their wastewater and reuse it onsite, than it is to truck in virgin freshwater and truck out and dispose of their wastewater. And the oil and gas industry uses an immense amount of water. Depending upon the ground formation they are trying to extract the oil or gas from, operators can use from two to nine million gallons of water. According to the USGS, this is 28 times the amount of water that these operations used just 15 years ago.
What’s in the water once industry has utilized it in operations and deemed it waste? A myriad of pollutants depending on the industry. The oil and gas industry’s wastewater contains deadly BTEX (benzene, toluene, ethylbenzene and xylenes) and often radioactive materials, lead, arsenic and much more. The textile industry’s effluent contains as many as 2,000 chemicals, many known as carcinogens. To produce the fabric for one sofa, the process takes 500 gallons (1,892 liters) of water;7 to produce the cotton in one pair of jeans, 1,800 gallons (6,813 liters) of water is required.8

Fortunately, water treatment technology has progressed enough that almost every contaminant in industry wastewater can be removed now. Innovative companies are pushing the envelope to find solutions that are more cost-effective and environmentally friendly (https://ixwater.com/press-clippings). One example is the new technology that uses field-rechargeable media, which can be reused for months or even years, minimizing the amount of solid waste from water treatment.

Scientists at Los Alamos National Laboratory, New Mexico Institute of Mining and Technology and the University of Texas collaborated for nearly a decade to create specialized filtration media that target specific classes of industrial contaminants. These media are durable, effective and can be used over and over via in-field recharging, unlike traditional filtration media. Recharging is via simple saltwater backwash or air stripping, which also has the advantage of concentrating removed contaminants for easy disposal. The media itself, once it will no longer charge, is stripped one last time and then can be taken to a municipal landfill or be used as a soil amendment.

What’s holding industry back from using cutting-edge tech? The will of industry, the lack of understanding that new technology is available and that it can be economical. But, more importantly, that it’s necessary. Necessary for our future. As our population increases, so will the perception that the planet has less water. That’s not true. It’s just that we will have less water that we want to use and is safe to use if we don’t recycle more.

About the author
Deborah Deal is VP of IX Power Clean Water, a tech spin-out from the US National Laboratory at Los Alamos, NM. The company offers new technology for removing the most toxic contaminants from produced water from the oil and gas industry, manufacturing, mining and other industrial processes.

About the product
After seven years of development at the DoE lab, the University of Texas and New Mexico Tech, as well as six years of commercialization work, the company is introducing its technology of treating industrial wastewater to the market.