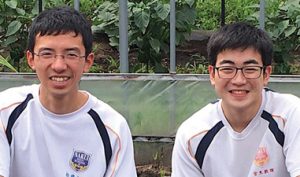 Wegner named to WRRC committee
Woolpert Senior Strategic Consultant David Wegner has been named to the External Advisory Committee for the Water Resources Research Center (WRRC) at the University of Arizona. The WRRC is part of the National Institutes for Water Resources (NIWR) network, which addresses water-related concerns for individual states and the nation. The NIWR network is governed by the US Geological Survey and represents the only federal-state program focused on applied water resources research, education, training and outreach. Wegner is a biological scientist based in Tucson and is a member of the Water Science and Technology Board of the National Academies of Sciences, Engineering and Medicine. He has served as Senior Principal Investigator or the equivalent on dozens of water and environmental studies conducted on behalf of the US Army Corps of Engineers Civil Works program and has provided scientific and engineering support as a member of the senior staff for the US House of Representatives. 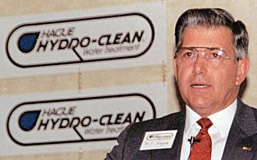 Industry mourns Hague Founder
William Robert Hague of Gahanna, Ohio, born on November 3, 1932 in Kennonsburg, OH, passed away on September 11. Hague was drafted into the US Army and served his country during the Korean War. In 1955, he sold Kirby vacuum cleaners door-to-door and from that experience he founded Hague Water Conditioning in 1965. In 1982, Hague’s company began manufacturing water treatment equipment under the name of Hague Quality Water International. He led the computer-aided design and development of a single, sophisticated, multi-compartment vessel configuration that reduced salt consumption, decades before the industry became a regulatory target. In 2009, Hague was included in the WC&P William B. Fritzsche Memorial Top 50 Awards.

The company has become one of the most successful and highly regarded water conditioning companies in the world, shipping products to all 50 states, as well as more than 24 countries. Hague Quality Water International operates as a tribute to the American Dream: a thriving company built on hard work, innovation and the refusal of one man, supported by family, to never accept the statement, “It can’t be done.”

Working through the Columbus Dog Connection, Hague and his wife were instrumental in initiating the Spay/Neuter Ohio Project and was an advocate for homeless, abused and neglected dogs and cats in Ohio. He will be remembered for his tireless work ethic in everything he did and will be greatly missed by all who knew or worked for him.

Hague is survived by his loving wife of 68 years, Joyce; sons Robert (Andrea); Jeff (Ruth); David (Tammy); six grandchildren and eleven great-grandchildren, as well as his extended family and many friends. The family will have a private memorial service to celebrate his life at Schoedinger Northeast. In lieu of flowers, contributions may be made to the Columbus Dog Connection, 2761 Johnstown Rd., Columbus, OH 43219 or www.columbusdogconnection.com.