The Best Kept Secret of the Plumbing Industry 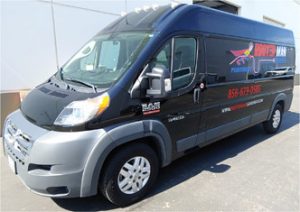 If there’s one thing Eric Brockmire knows about plumbing, it’s everything. After nearly 30 years of experience in the plumbing industry, Brockmire is highly renowned for his expertise in all things water filtration, drainage and pipes. He has had his foot in and out of several different businesses, including ones he started on his own, since he opened up his first company in 1993. He is the founder of Brockmire Plumbing Services and the Honest Water Filter Company, as well as being President of Rooter-Man Plumbers of San Diego, CA.

Rooter-Man is a privately held national franchise that has been ranked the number-one plumbing franchise by Entrepreneur Magazine for 15 consecutive years. They offer full-service plumbing and drain cleaning for residential and commercial properties throughout the entire San Diego County. Brockmire says that the mission for both of his companies is “to give the best quality service at a competitive price, to show the utmost respect, professionalism and kindness to our customers, and to always remember that the customer is number-one.” They feel great dignity in being a certified small business with big goals. 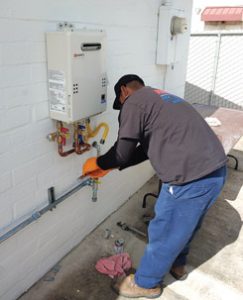 In 1995, Brockmire’s original business (Brockmire Plumbing Inc.) began installing a successful line of whole-house carbon systems for a water treatment company. They were the company’s exclusive installer until 2003, when Brockmire decided he wanted to seek out a water treatment builder to private-label their own brand of carbon filters and water softeners. Thus, Aqua Source Water Treatment was born. Aqua Source sold water systems not only to Brockmire Plumbing, but also branched out to other contractors, who then sold them to their customers. “I owned both companies until 2007, when they were bought by NuFlow America, at which time I began working for NuFlow,” he says.

After one year with NuFlow, Brockmire left to pursue his own path working for Aquion in 2009. (Aquion is a large water treatment corporation that owns RainSoft.)“I was hired to develop a new division called ProSystems that would sell carbon filters and softeners to the plumbing industry across the United States,” Brockmire said, “This division was very successful, and I held this position until 2012, when I was lured to start a similar division for Canature.” He only stayed with Canature one year before receiving the call again to branch out and pursue his own path. “I really missed the plumbing industry,” he said, so in 2014 he opened up Brockmire Plumbing Services. And as if that was not enough, in 2019, Brockmire started another new business, Honest Water Filter Company, where he was selling water treatment products to the plumbing industry once again.

Brockmire’s work-life was not always centered around plumbing practices, though. Before Brockmire Plumbing, Inc., he proudly served in the military as the “best tank driver in Europe.” He joined in 1986 and spent two years there before he was honorably discharged in 1988 after a terrible knee injury. Because of Brockmire’s service and sacrifice, Rooter-Man Plumbers of San Diego has long been admired as a certified Disabled Veteran Business Enterprise by the California Department of General Services.

After his time in the military, Brockmire went out and worked for different companies over a few years but realized something about himself: he was tired of working for someone else. Being the serial entrepreneur that he was, he was ready to branch out into a new territory on his own. He wanted to find a career where he could help people and be honest and transparent with his customers where other people maybe were not. “People say there’s always going to be bad apples in every business, but I wanted to be the guy who found those apples and threw them away,” he said. This passion led him to the plumbing industry.

As his business and reputation grew, Brockmire began training thousands of people about integrity in the plumbing field. Weeding out the bad apples over the last two decades ultimately inspired him to create his Honest Water Filter Company, of which the Honest Filters are rated the number-one POE cartridge systems in the world, based on performance as tested by NSF International. “We suspect we will have a real positive effect on our customers’ homes and health with these superior products,” Brockmire said. “In addition, Rooter-Man’s use of FostaPex pipe has provided a better water delivery system to their customers.”

Brockmire has started and sold several businesses over the past 25 years. He was the sole proprietor of his original company for four years. He has developed new divisions, more knowledgeable workers and enhanced products, making Brockmire truly the ‘best kept secret of the plumbing industry,’ as he dubs himself. With time and first-hand experience, Brockmire has been able to narrow down what the most important characteristics and strengths are in a person who is hoping to create a new, successful business for themselves. “First, you have to have fortitude and a thick skin,” he said, “and it all starts with having a dream. You have to have a dream and a desire to want to do the right thing.” Finally, Brockmire says, “You must have humility; you get humbled very fast when developing a new company. Flexibility goes along with that one, too.”

Brockmire believes being able to conform to whatever curve-ball life throws at you and your business is a necessity. A global pandemic is proving to be more than enough to test their corporation’s flexibility, but they are taking it as a week-to-week game. Despite being scared to death in the beginning, Brockmire continues to be flexible and roll with the punches. “With the current pandemic environment and business shutdown, we were fortunate to obtain both a PPP and disaster loan, making it possible for our business to survive and provide for our employees, who are the lifeblood of our business,” he says.

In an ever-changing industry with new products and new crafts to be both learned and taught, Brockmire is excited for the future of his company and the water industry as a whole. “Our goal is to have my VP and business partner buy the Rooter-Man business within the next two years and continue growing the business model so that I can focus on growing and developing Honest Water Filter Company,” he says. “The water treatment industry is like a big Ferris wheel that turns slowly and is full of old-timers who are sitting back and enjoying their hard work. I see big changes on the horizon, as the industry is getting younger with more technology, producing superior products to solve emerging issues. We all need to hang on. It’s going to be a fun and exciting ride into the future of water treatment.”