PWQA Founder Falsken mourned
WC&P received word that Pacific Water Quality Association Founder, President and visionary Dennis Eugene Falsken passed away suddenly and unexpectedly on April 2, with his family by his side. Born January 7, 1952, in Hayward, CA to Donald and Letha Falsken, he graduated from El Dorado High School and attended Cyprus College. Falsken worked for a liquor bottling plant for many years and it was there that he learned the science and practice of water treatment. In 1984, he founded Falsken Water Systems, after installing his first RO system. Falsken built the family business from the ground up and was dedicated to passing along his vision, knowledge and expertise. PWQA intends to move forward and honor his memory by continuing the work he loved so much, with the same work ethic, integrity and dignity that has been the hallmark of his company. 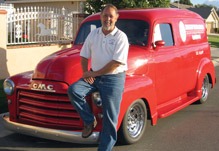 Falsken is survived by his wife of 36 years, Cindy; daughters Michelle (Matthew) Ralls and Julie (Lyle) Ratcliffe; three grandchildren; brother Don (Nancy) Falsken and numerous aunts, uncles, nieces, nephews, cousins, extended family and friends. He was laid to rest on April 11, but unfortunately, due to the current global circumstances, services cannot be held at this time. His family plans to organize a celebration of life sometime in the future. Donations in Falsken’s name can be made to Norco Little League, 3364 Western Ave., Norco, CA 92860 (https://www.norcolittleleague.com/sponsorships) or The American Heart Association, https://www.heart.org/