North America
COVID-19 update
At press time, due to global measures being taken to combat COVID-19, many conferences have been cancelled or postponed. Several events have been postponed until later in 2020 or 2021, while some will be held as virtual events. In the US, the impact on the water industry is broad, as water infrastructure and related activities (such as maintenance, well drilling, plumbing and more) have been been designated essential. Check with local governments to find out any restrictions that may apply.

US EPA reuse plan to be implemented
US EPA, alongside federal partners, will release the National Water Reuse Action Plan: Collaborative Implementation, a collection of bold actions developed in collaboration with water-sector organizations that will reshape the way communities around the nation manage water. The plan identifies 37 actions across 11 strategic themes to give communities tools to consider and adopt water reuse as part of an integrated water resources plan.

New rule replaces WOTUS
US EPA and the Department of the Army (Army) finalized the Navigable Waters Protection Rule to define waters of the United States on January 23 and thereby establish federal regulatory authority under the Clean Water Act, through which Congress explicitly directed the agencies to protect navigable waters. The new rule regulates these waters and the core tributary systems that provide perennial or intermittent flow into them. 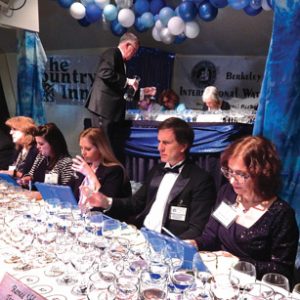 ASTM chemical standard released
A new ASTM International standard, D8310, will be used to help measure the concentration of potentially hazardous surfactants that are used in consumer and industrial products. Chemicals covered in the new standard are released into the environment through direct use and down-the-drain disposal. Regulatory organizations, industry trade groups and laboratories will be able to use the new standard to measure the concentration of targeted phenols and movement of the phenols in the environment. This effort directly relates to the United Nations Sustainable Development Goal #6 on clean water and sanitation.

Winsupply new business news
Winsupply Inc. has opened Tri State Winsupply in Dubuque, IA, serving plumbing, heating and air conditioning, water-well and septic contractors in northeast Iowa and southwest Wisconsin. In another transaction, Winsupply Inc. closed on the purchase of assets of ASAP Industrial Supply, an industrial pipe, valves and fittings distributor in southern California. Details of the purchase were not disclosed. ASAP Industrial Supply, which is changing its name to Inland Empire Windustrial and becoming part of the Winsupply Family of Companies, serves industrial contractors in the Inland Empire of California with pipe, valves and fittings.

Residential water can vary widely
According to a new Purdue University study, drinking water in the service line is clearly not the same quality at the faucet, as noted by Andrew Whelton, Associate Professor Of Civil Engineering and Environmental and Ecological Engineering. Water quality in a home can differ in each room and change between seasons. Researchers from Purdue, the University of Memphis and Michigan State University conducted the study, published in the journal Building and Environment. So far, it’s the largest and most intensive investigation of water quality over time, conducted throughout a single, three-bedroom house (in West Lafayette, IN) that also functions as a living laboratory for developing technologies that would make homes more sustainable. Researchers collected data 58 times over the course of a year, logging more than 222,000 hours and 2.4 billion records. While more studies at this scale are needed before generalizing findings of other American homes, the results are concerning: 10 percent of the time disinfectant was not found in the water entering the house studied, meaning that the water was not properly protected from bacteria growth once it entered the home.

Mangrove tree research published
The mangrove tree survives in its subtropical habitat by efficiently converting the salty water of its environment into fresh water—an engineering feat that has long baffled scientists. A team of researchers in the lab of Yale Engineering Professor Menachem Elimelech has developed a water-purifying device that mimics the mangrove. In addition to offering a better understanding of plants’ plumbing systems, it could lead to new desalination technologies. The results appeared February 21 in Science Advances. The device, which the researchers call an artificial mangrove, combines the desalinating effects of the mangrove’s root, the capillary pumping of the leaves and the water-conducting capability of the stem.

OxyMem honored
The Water and Energy Exchange (WEX) Global Awards 2020 presented in Valencia, Spain, saw DuPont Water Solutions shortlisted in five of 10 categories and OxyMem awarded the Innovation in Process Technology Award. The company was honored to receive this recognition of achievement in the water sector. OxyMem was one of four acquisitions undertaken by DuPont Water Solutions in 2019 as part of the organization’s plan to be the most innovative provider of water purification and filtration solutions in the global market.

Asia
Consultancy firm expansion announced
Oxford, UK-based Amane Advisors has expanded its presence in the growing Southeast Asia and India markets with the addition of Pravi Bansal as its Managing Partner in Singapore. The company also has offices in France, the US, Bahrain, Singapore and China. It serves all segments of the water industry, advising clients on matters related to their growth.

India bulk-water supply project announced
SPML Infra Limited has received a large bulk-water supply project order worth Rs. 546.96 Crores ($77 million) for the externally funded Bengaluru Water Supply & Sewerage Project (Phase 3). It will cover supply, fabrication, laying and jointing 25.5 kilometers (15 miles) of pipeline for clear water transmission mains from Harohalli to Vajarahalli. The work will include laying uPVC conduit for fiber optic cable throughout the length of the pipeline on either side of the pipe and associated works. The project, expected to be completed in 30 months, will supply an additional 775 million liters (204 million gallons) of water per day to Bengaluru city. The project is envisaged to be completed in 30 months.

Correction
In the February Water Matters column, the arsenic values were noted in parts per million (ppm). This should be parts per billion (ppb).