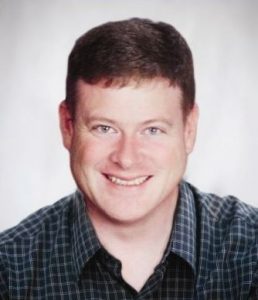 On August 23, Jeremy Ray Holt of Gilbert, Arizona, passed away unexpectedly. He was born May 7, 1970 in Orem UT to Ray and Jeana Holt and graduated from Orem High in 1985. Known for his great sense of humor, Holt was an avid reader and especially loved spending time with his family. He enjoyed cooking for and entertaining his many friends and family.

Holt’s roots in the water treatment industry went deep. His grandfather, Albert M. Rowley, Sr. founded Intermountain Soft Water in the early 1950s. Holt was employed by B&R Industries at the time of his death.

Survivors include Holt’s wife Gina, sons Anthony and Benjamin, daughters Jessika and Chelsey; his parents, brother Jeffrey, sisters Jenifer Horn and Rhonda Stout; grandmother Lucy Rowley and many others. He was preceded in death by grandparents Albert M. Rowley, Sr. and Ernest and Thelma Holt.

Funeral services were held August 27 in Gilbert. Donations can be made at the Arizona Federal Credit Union, account #779984 in the name of Jeremy Ray Holt.