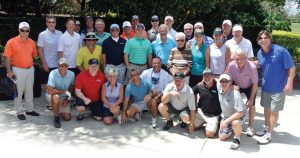 If you weren’t in Orlando, FL for the WQA Annual Convention and Exposition, you missed a great show! Visitors, vendors and enthusiasm highlighted the event from start to finish. Educational sessions were well-attended, some standing room only. Visitors traversed the quad-shaped area of the Orlando Convention Center that was all things WQA with a sense of purpose, giving the event an atmosphere of positive feelings that have been missing in recent years. While many have tried to maintain a good outlook on the future over the past few years, there was still a sense of foreboding about what might happen to the industry in future years. That perception was overturned by a big crowd seeking products, answers, expertise and education with great zeal.

More than 3,000 attendees (450 of them first-timers) were treated to the wares of 240 exhibitors. A slew of new products were showcased across the exhibition, highlighting a wave of innovation in water treatment. Visitors took advantage of every opportunity to learn and grow by embracing the wide variety of subjects offered by the best in the industry. From sustainability to rainwater harvesting, emerging contaminants to lead and chloramines, nothing was left out.

Board of Directors
During the Opening Session, Pauli Undesser was officially named WQA Executive Director and a new slate of directors was announced. This year’s nominees to the Board of Directors included Issa Al-Kharusy, Scott Clawson and Steve Ver Strat from the Manufacturer/Supplier Class of membership; Donald K. McGhee, Michael McGowan and D.J. Shannahan, Jr. from the Dealer Class; Robert Maisner from the Retail Class and Larry Gottlieb from the Commercial/Industrial Class. With good wishes for much success, McGhee formally passed the gavel to incoming President Maisner, making note of how much he had learned over the past year and how thankful he was for the opportunity to lead the association. 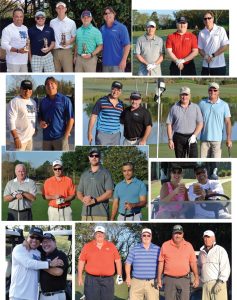 Awards galore
One of the highlights of the opening session was the presentation of WQA’s annual awards. This year, former WQA Presidents Bret P. Tangley and Douglas ‘Sam’ Karge were recipients of the WQA Hall of Fame award and the 2017 Lifetime Award was presented to Arvind S. Patil. The 2017 Ray Cross Award was presented posthumously to Jack Slovak and received by his brother, Robert. TWQA’s Daina Grace was honored with the Regents Award and the Honorary Membership Award was given to Michelle Kussow. Cedella Beazley, Jay Julos and Steve Reif (deceased) received the 2017 Domestic Awards of Merit. Reif’s widow was on hand to accept the award. The International Award of Merit was given to Dr. E Xue Li of China and the Key Award was presented to Mike Mitchell. The Next Gen Award, which recognizes up-and-coming water treatment professionals, went to Andrew E. Fenwick, Dhavel Patel and Amanda Wakem-Moore.

During the annual President’s Club Reception, recruitment awards were bestowed on those who have made a concerted effort to engage new members for WQA. This year, Buzz Goldstein, MWS (Charger Water Treatment) received the Golden Circle Award in recognition of recruiting 50 new members and Kurt Gruett, MWS (Water-Right) received the Lifetime President’s Club Member Award for recruiting three or more members for five consecutive years. Gruett, Douglas Haring, MWS, CI, CSR (Clack Corporation) and Margaret A. Wichmann were also honored for recruiting three or more members within a one-year period.

Dealers and millenials
The Dealer Section Meeting, which featured the topic of hiring from the millenial generation, was filled to capacity and the discussion was quite lively. Panel members included Christopher Lane II (Culligan Water of the Low Country); Julie Hietala, CIR (Packard Culligan Recruiter); Daniel Watts, CWS (Tri-County Water Conditioning) and session Chair Paul Moorman (Culligan, Good Water Company). The median age of the attendees was definitely in the Boomer range and the difficulties of engaging the younger generations was being felt by all.

Lane noted that training programs for millenials need to focus on structure and goals. Hietala said that the younger generation is not reading newspapers and classifieds, but using their smart phones for information and applying for jobs. They want to know they can impact their world and seek positions that will fulfill their goals. Millenials need to be constantly engaged and are heavily technology-oriented. But they need to know they won’t start at the top and have that reinforced from time to time. Daniel Watts, CWS, said that the younger generation is looking for increased benefits, such as health care and time off. They want flexible work schedules that accommodate their lifestyles and work well in flex-time environments.

Many questions were asked, relating to the millenial predisposition of being constantly connected to their favorite gadgets and their possible lack of interpersonal skills. In an industry that prizes customer service, it was questioned whether millenials had the wherewithal to effectively deal with clients face-to-face. Hietala noted that an important part of the interview process would require screening these candidates for the necessary customer service skills, or lack thereof. Paul Morman said he hires for personality because people can learn the needed skills.

When asked if, by meeting what millenials deem as necessary to their goals and future, we were only coddling them, the panel had varying answers. They did note that millenials understand loyalty, but only to themselves. Special incentive programs were good options to attract and keep younger talent and also benefit older employees as well. Company picnics, pizza parties when goals were met, adding federal holidays to the work schedule…all were the types of programs that millenials were seeking in an employment opportunity. As far as sales people and their on-the-go (and often, after-hours) schedules, Hietala noted that making the job family inclusive worked very well. Said Moorman, “Make it enjoyable.” He also noted earlier that taking the time to help a younger employee adjust to the job was beneficial. “We never fire dealers too early,” he said. 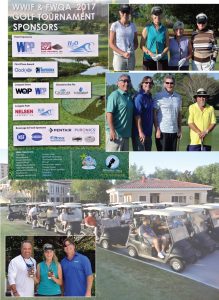 Not all business
Despite the intense schedule of meetings, educational sessions, certification testing and attending the exhibition, there were also events that were both beneficial and fun. Of special note, 30 golfers enthusiastically took part in the Wishing Well International Foundation (WWIF) 5th Annual Golf Tournament, held at Shingle Creek Golf Club. Registration fees and the sponsorships of 34 companies added $11,000 to the foundation’s coffers and will help with its 10-1-10 Africa expedition, wherein WWIF representatives and sponsors will deploy biofilters in areas with polluted water, later on this summer. The golf team taking top honors included Ryan Adams and Shawn Talley of Pentair, with Danny Bauer and Mike Mormino of Enpress, LLC. Addtional honors included the Longest Putt and the Longest Drive Awards, won by Cindy Gresham of Thermax Inc. and Closest-to-the-Pin won by Brent Simmons of Omnipure. The inaugural WQRF Spring 5k Challenge was held on Tuesday and there was an interesting turnout. The top women’s finishers were Carol Winter, Phoung Pihltrad and Kim Redden. The men’s top finishers were Thijst Jaqdenberg, Denis Kato and Gustaf Hagstrom.

Looking forward to next year, WQA announced the theme for its 2018 Convention and Exposition will be ‘Elevate.’ The annual gathering, scheduled for March 26-29, 2018 will be held in Denver, CO. “This theme really speaks to the goal of next year’s convention,” said WQA Executive Director Pauli Undesser. “We believe our members are poised to elevate their businesses, their level of expertise and their contribution to the betterment of water quality throughout the world.”