One of the more pleasant aspects of the California Groundwater Association’s annual convention is the close-knit relationships and overall camaraderie among both attendees and vendors. 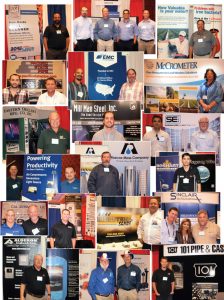 Although this is a contractor-heavy event, it’s apparent that the variety of products and services available to anyone involved in groundwater applications can be found here, from pipes and shaft collars to drilling rigs.

A total of 181 vendors/exhibitors occupied 79 booths, representing 81 companies. Over 400 people attended the two-day convention held in Reno, NV. Exhibitors and visitors were invited to take part in the annual golf tournament and enjoy some family fun at the Edge Nightclub. Attendees were met with a full slate of educational offerings, including a two-hour presentation from McEllhiney Lecturer Peter Cartwright, PE, of Cartwright Consulting. He will give another presentation at the national convention in December. 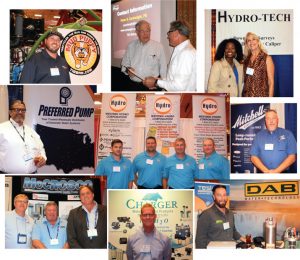