All in the Family

Water is Terry Addie’s passion both on and off the job. By day, he relishes solving water problems, especially when other companies have already tried and failed. After hours, he’s an avid water skier on a team that has won 19 national competitions. “I’m all about water,” he said. And so is his family.

Addie grew up around water. His father Lawrence founded Addie Water Systems in 1978 and in 1985 decided to expand it from a one-man operation. “He asked me if I was interested in coming to work for him. After consideration and a $3-an-hour pay cut, I decided it might be a good career move.” Addie worked part-time for his dad and part-time for a small plumbing business. “Our business grew rapidly and it was not long before we brought on my brother Rich in 1988 and other employees thereafter.” Along the way, three other brothers have worked with them. When their father retired in 2000, Terry became President and company spokesman and Rich became Vice President. (Today, the third generation is already on board. Terry’s son Dan is in college and works for the company during the summer, as did Rich’s son Joel until he graduated this year. He now works for the business full-time.)

“My father was a regional sales manager for a major water treatment company for five years,” said Addie. “While in Janesville, calling on one of his dealers, a customer walked in with a complaint and the dealer treated the customer so rudely and disrespectfully that my father decided right then that he would start up a business where customers would be treated fairly and with respect. He quit his job the next day and started the Addie company.

“I remember as a young person I would get sent out to a job to work on a unit or piece of equipment that I had never worked on before. I would tell my father, ‘I’ve never serviced anything like that.’ His answer was, ‘You will figure it out.’ After 31 years, my brother Rich and I, along with our staff, are pretty good at figuring out the right solutions to fix the problem at hand.”

Decades of hands-on experience
Addie has lived his whole life in Janesville, a Wisconsin town about 30 miles south of the capitol of Madison, a region that has plenty of water challenges. “Our service area is a 100-mile radius that includes southern Wisconsin and northern Illinois. We see a lot of high iron, high sulfur and hardness issues, plus state-mandated arsenic testing. With our tech support team, we size up the treatment and build the proper equipment that will work best for each individual situation. We buy from all the major component manufacturers, so we are able to build the best equipment for each application to do the job right. We also custom assemble equipment for water treatment dealers who like their products built a certain way. We’ll build whatever someone wants. We’re still small enough to do that. It’s exciting—something different every day.

“The really neat thing about us is we have a lot of basic knowledge. I’ve worked in every position in the company, from delivery of salt and water to installations, technical support, buying, accounting, sales and everything in between. Rich has worked in salt and water deliveries, installations, tech support and sales. We do training classes each year to keep our employees current with issues in the industry. In addition, seven employees hold state of Wisconsin plumbing licenses, which require continuing education credits. We are hands on, boots on the ground on a daily basis. It is a big advantage when a dealer calls and you can provide not only the right book answers, but also give them the perspective that only comes from being in the field. That adds value for our customers, wholesale and retail.” 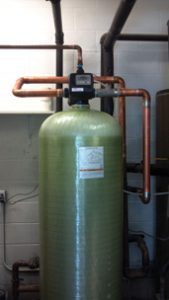 Problem solving is his forte. “Just give me a box of tools and let me get to work.” Recent challenges included livestock dying and restaurants running out of ice and cold water at peak times. “A farmer’s calves were dying. We did some testing and found high nitrate issues in the water they were mixing with their calf milk solutions. They were having 50-percent calf mortality. We sized up a nice system for them and not a calf has died since. That was pretty neat.

“Not long ago, a restaurant called us. They were using RO systems for ice cubes and drinking water. Every Friday, Saturday and Sunday (their busiest days) they were running out. They had called their brand-name company at least 10 times. Then they called us and we looked to see what they had. It was totally undersized for what they were doing. You base your equipment needs on the worst-case scenario—in this case their busiest days. We made a recommendation and they’re happy as a lark. Because of that one job, we got three other restaurants with the same problem and we sized up the commercial equipment properly. It’s very rewarding when we solve a customer’s water problems, especially when you are the second or third company to try. We’ve grown mainly by word of mouth because of the great customer service we give.” 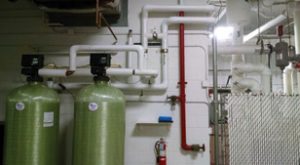 Satisfied customers refer others
Addie Water Systems’ growth is steady, at a rate of 10 to 15 percent a year. “We set up one dealer with equipment, then do two or three more. People talk. A vast majority of our growth is word-of-mouth. We work with businesses that have multiple companies, multiple dealerships. Of course, we advertise in trade magazines and we’ve picked up some really good customers through trade on the wholesale side of the business. On the retail side, we try to stay active in the community with local radio and newspapers. We support school functions, youth sports, scouts, Big Brothers Big Sisters and walk/run functions that come along.” 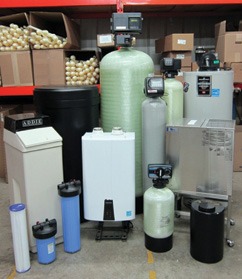 Addie was so passionate about the family’s water business that he regularly worked 12 hours a day. That’s when his wife signed him up for competitive water skiing with the Rock Aqua Jays Water Ski Show Team. “It was a way to get me out of here, by joining a club that meets at 5:30 p.m. All our kids were on water ski teams and one daughter even skied professionally for a year. It was time we got to spend with the kids that we wouldn’t have if we weren’t part of something like that. We do acts and build pyramids and put on shows. It’s cool. Our club holds the world record for a barefoot line of 28 people behind one boat. My joke is I make water soft but I like water hard to barefoot water ski.”

Addie is optimistic about the future. “The water treatment industry is only going to get better and grow. As more and better ways of testing water are developed, more treatment issues will arise. Meeting the challenge of those issues with new technology and training will be a never-ending task for water treatment professionals.”