WQA and Music City: A Conference Filled with Local Delights

As 2,600 visitors from 38 different countries quickly realized, Nashville, TN is a fun place to hold an annual convention! The sheer volume of activity in close proximity to the event was enough to make people wonder how they could take it all in, especially in a short time frame. I’m going to hazard a guess and say that people will be willing to return to Music City, just to catch up on all they missed while conducting business.

During the conference, there was a large selection of must-see presentations, seminars, classes and of course, the exhibition itself. While some people noted that distance between rooms where presentations where held and the exhibition floor was somewhat far, it didn’t appear to dampen the enthusiasm very much. The presentations and classes appeared to be well attended, some more than others as usual, but members were certainly taking advantage of everything that was offered.

Business first
During the Opening General Session, President Bret P. Tangley passed the gavel to incoming president Donald K. McGhee, MWS. Robert Maisner, Stephen Ver Strat and Chris Wilker will assume the roles of Vice-President, Secretary and Treasurer, respectively. Sam Karge of Pentair Residential Filtration retired from WQA’s Board of Governors. Scott Clawson, Culligan International Company, will join as a governor-at-large. McGhee, a long-time WQA volunteer, will serve as the Association President through March 2017. He is the principal of Hydro Systems Inc. of Harlingen, TX and a managing partner at Turbidex®/Hydro Source, LLC. McGhee, who has a strong passion for water quality issues, also serves on WQA’s Board of Governors, the Texas WQA Board of Directors, and the Rio Grande and South Central Regional Water Planning Groups of the Texas Water Development Board. During his presidency, McGhee aspires to elevate WQA’s position as a resource to consumers affected by water quality crises such as Flint, MI.

It was also announced that Pauli Undesser will become the Executive Director of WQA in January 2017. She has been involved in an intensive mentorship program and will continue that pursuit as she prepares to assume the extensive responsibilities of the new position. Three new candidates (Michael R. Long, MWS; Jeffrey B. Hill, MWS and Kelly Johnson, CWS) were announced for the Board of Directors, joining Pete Chermak, Clack Corporation; Toby Thomas, Kinetico Incorporated; Chris Wilker, EcoWater Systems; Knut Sauerbier, Brita GmbH and Michael Kinney, MWS of Portasoft of Morris County, NJ. All will serve three-year terms. John Packard of the Culligan Soft Water Service Company also announced that he will be stepping down after 13 years as President of the Water Quality Research Foundation (WQRF). Edward P. ‘Ned’ Jones III of Gordon Brothers Inc. will succeed Packard. It was a moment tinged by both sadness and expectation in which the attendees felt compelled to honor Packard with a standing ovation.

Following the WQA business meeting and getting everyone’s attention immediately was motivational speaker Chester Elton. And was his performance valuable. He presented the stick-and-carrot approach with a real stick and many bunches of carrots. Luckily, no one was injured as he tossed the carrots to those who correctly answered questions. Elton’s enthusiasm was as infectious as his smile, prompting many to take part in his interactive antics. It was a very well-received part of the conference, one which many will remember for a long time.

New education programs rolled out
Water treatment professionals who specialize in the repair of water quality improvement products can now earn a Certified Service Technician (CST) designation from WQA by completing the service training curriculum in the Modular Education Program and passing the necessary examination. This training curriculum focuses on troubleshooting a treatment system based on its application, obtaining the necessary water tests for analyses and correcting equipment problems. WQA Professional Certification & Training also unveiled new, accelerated paths to professional certification. Experienced water treatment personnel can now earn professional designations in less time by enrolling in MEP and choosing to participate in the accelerated route. Successful completion of the Basics Assessment test is required for all accelerated paths.

Be sure to join us for the 2016 WQA Mid-Year Leadership Conference in Newport, RI, September 30-October 1. If we don’t see you there, we’ll look for you in Orlando, FL, for the 2017 WQA Convention & Exposition, March 28-31. Until we meet again, keep your options open, your training up to date and keep the industry moving in the right direction. 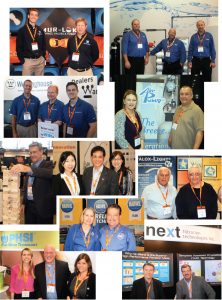 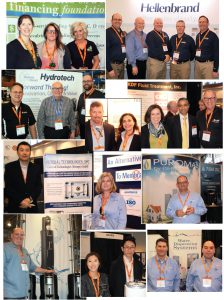 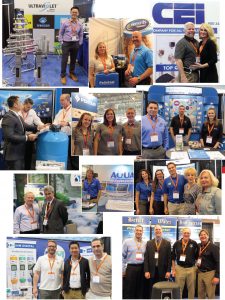 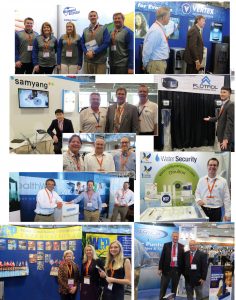 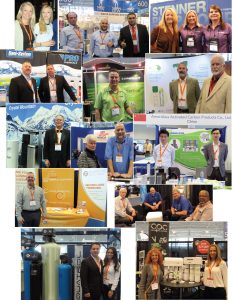 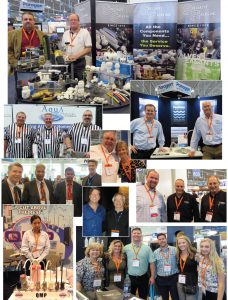 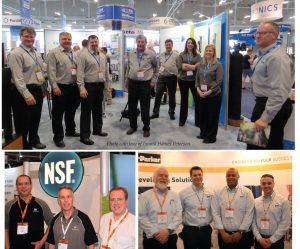