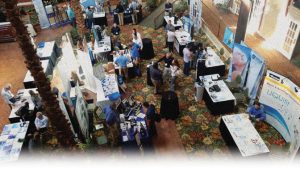 Lancaster, PA provided a beautiful backdrop for exhibitors and attendees from throughout the US as they gathered for the September 2015 EWQA Convention and trade show, held at the Hilton DoubleTree Resort. EWQA received a big thumbs-up for providing a very successful convention and training experience. Heavy walk-in traffic on the first day was a true (though not uncommon) surprise for organizers, but with their typical can-do spirit, they adjusted accordingly and everyone was accommodated. New and old friends, training and certification and B2B opportunities made the 2015 convention memorable from coast to coast. 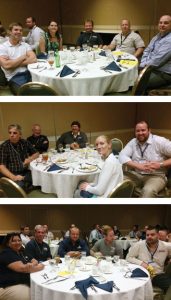 From training rooms and the exhibit floor, attendees gained more than they planned for or expected. The auction/banquet room saw EWQA’s very talented auctioneers, Mike Urbans and Peter Auchincloss, keep the house laughing. Attendees thoroughly enjoyed the auction and the winners took home some great gifts. Through their stellar auctioneering skills, Urbans and Auchincloss swelled the EWQA coffers by almost $5,000 (USD).

Details for next year’s convention and exhibition will be forthcoming as they are approved. Keep watching and we hope to see you next year.