Gary Battenberg recently joined Parker Hannifin Corporation as a Technical Support and System Design Specialist with the company’s Fluid System Connectors Division. He brings over 33 years of experience in the fields of domestic, commercial, industrial and high-purity water treatment processes. Battenberg has worked in the areas of sales, installation, service, system design and manufacturing utilizing filtration, ion exchange, UV sterilization, RO and ozone technologies. A contributing author and member of the WC&P Technical Review Committee since 2008, he was voted one of the magazine’s Top 50 most influential people in the water treatment industry in 2009. Based in Otsego, MI, Battenberg can be reached via email, [email protected] or phone (269) 694-9411.

The American Membrane Technology Association (AMTA) and the American Water Works Association (AWWA) announced four awardees at this year’s Membrane Technology Conference in Orlando, FL. Michael Vernon of Indian River County Utilities in Vero Beach, FL was presented with the Robert O. Vernon Operator of the Year Award, while San Elijo Water Reclamation Facility in Cardiff, CA was presented with the Membrane Facility of the Year award. Jorge Arroyo, former Director of Innovative Water Technologies for the Texas Water Development Board, was honored as Water Quality Person of the Year. Hydranautics, Nitto Group Company received the Membrane Exhibit of the Year award. Awardees were recognized at an awards luncheon during the conference.

WQA has hired the consulting firm Gephardt Government Affairs to help guide its legislative and regulatory strategy. Dick Gephardt, the firm’s President and CEO, is a former Democratic leader of the US House of Representatives with 28 years of experience in public service. “We think it’s important to continue to build upon the association’s outreach efforts in Washington, DC and increase our presence at the state and federal levels,” explained David Loveday, WQA director of Government Affairs. “Our message will be focused on promoting the viability of our member companies, their services and products, as affordable solutions to our nation’s water quality challenges.” 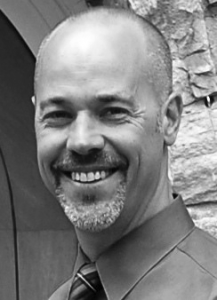 Hankscraft, Inc. has appointed Bob Kappel as Division Manager of the H2O Products Group, where he will lead the product development, sales, customer service and marketing teams for the company’s line of water treatment products. His background consists of 20 years’ experience in the design, manufacture, sales, installation and maintenance of commercial filtration and disinfection systems. Kappel has extensive water treatment experience in ozone, chlorine dioxide, chlorine, ultraviolet, analyzers and controllers, macro and microfiltration and variable frequency drives and controls. These skills will be invaluable to the H2O team. He gained much of his experience with tenure at Siemens Water Technologies, ProMinent Fluid Controls and Engineered Treatment Systems. Previously, he was co-Chair of the Wisconsin HFS 172 Safety, Maintenance and Operation of Public Pools and Water Attractions code revision committee, Aquatic Facility Operator Instructor Trainer and Executive Board Chairperson for the Professional Pool Operators of America. Stop by Booth 917 at Aquatech to meet Kappel.

WQA member Charles Romary announced his retirement as CEO and President of Clean Water Systems International (CWS) after 40 years at the helm. The 84-year-old industry veteran said it is time to step down and sell the company. CWS develops and manufactures complete lines of UV units and systems for consumer, recreational and industrial applications. Romary acquired the company as payment for owed commissions from the previous owner in 1971. During the early years of his ownership, existing UV sensors were found to be inaccurate and inadequate. Romary’s company developed and began manufacturing its own sensors with great success, then expanded the line to include water and wastewater applications. It also developed electronics and controls for measuring relative intensity and controls for fail-safe operation. Romary moved the company to its current location in Klamath Falls, OR in 1984. He can be reached via phone at (541) 882-9993 or email [email protected] 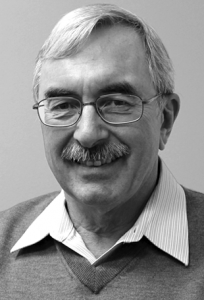 Chandler Systems Inc. introduced Ted Cooksey as National Sales Manager. He has over 40 years experience in the water treatment industry. Cooksey grew up in a family Culligan business, where he was primarily involved in residential and commercial sales. He previously worked with Alamo Water Refiners in Greenville, PA, overseeing shipping, receiving and production. Cooksey later joined WaterSoft as their Regional Manager and most recently served as a regional manager at Water-Right.

Michael ‘Mike’ S. West, one of the long-time leaders of the water treatment industry and WQA, and a Past President of the Rayne Dealership Corp., died February 11. He was born October 4, 1950 in Casper, WY to Bea and Louis West and during childhood, the family moved often, eventually settling in Chandler, AZ. West said he only had two ‘real’ jobs in his life: working for Sears for 17 years, then for Rayne, where he eventually became partnered with the company. In the mid 1990s, he sold Rayne and enjoyed a brief retirement; West returned to the work force as Sales Manager for First Impressions. His well-known quick wit, prank-pulling and passion for cars were surpassed only by his love of family. West is survived by sister Gwen Haurey, daughter Jennifer, son Jeff and five grandchildren. Services were held February 21 in Tempe at the Abiding Lutheran Church, followed by a reception. In lieu of flowers, the family has requested a donation to Hospice of the Valley, 1510 E Flower Street, Phoenix, AZ 85014, with an enclosed note detailing who the donation is from, who it is in memory of and the name and address of the family member to notify of the donation.