WQA’s Education & Professional Certification Department reminds WQA members that the deadline to become professionally certified is through textbook-only learning is April 30. The Modular Education Program (MEP) will completely replace text books on May 1. WQA Aquatech USA 2015 attendees will have opportunities to test-drive MEP at special stations in the exposition hall.

The Florida Water Quality Association’s annual 2015 Convention and Trade Show is scheduled for June 11-13 in Orlando, FL, not June 4-6 as reported previously.

A 2013 lawsuit over a cross-connection issue has drawn attention to Colorado’s Senate Bill 13-162­­­­­, which allows only licensed plumbers to install water softeners and water treatment devices and requires all plumbing contractors to employ at least one full-time master plumber. SB 13-162 was passed without any consultation with the Colorado WQA or the water treatment industry, resulting in several complaints being filed with the state plumbing council and several enforcement actions taken against Colorado WQA members. For the past four months, Colorado WQA and WQA staff held meetings with state officials and other stakeholders to address the issues with the current law. The associations are working on a strategy to address the issues posed by SB 13-162 and have hired a Denver public relations firm to represent the associations at the state’s capitol for the current legislative session. All members who are interested in supporting Colorado WQA’s efforts are encouraged to contact their President, Dean Lewis, at (303) 660-9093.

The American Society of Plumbing Engineers (ASPE) and WQA announced WQA/ASPE/ANSI S-802: Sustainable Activated Carbon Media for Drinking Water Treatment has been officially recognized by ANSI as an American National Standard. It is a business-to-business standard that focuses on the sustainability of the raw activated carbon used in drinking water filter systems. Products that are certified as meeting the requirements of WQA/ASPE/ANSI S-802 are eligible to bear the WQA Sustainability Mark in recognition of passing the rigorous assessment of sustainable production practices that must be adopted by the manufacturer of these products. To download a copy of the standard, visit www.aspe.org. To apply for certification, contact WQA Sustainability Certification Supervisor Stuart Mann at [email protected] or (630) 929-2546.

The vast majority of consumers see water as a smart beverage choice and consider bottled water to be healthier than soft drinks, according to newly released findings from a 2014 survey conducted online by Harris Poll of more than 2,000 US adults 18 years and older for the International Bottled Water Association (IBWA). The poll’s conclusions reflect healthy hydration trends that are driving annual bottled sales and consumption increases, and make it clear why the Beverage Marketing Corporation (BMC) says that bottled water is on course to become the number-one packaged beverage in America by 2016. According to the survey, 96 percent of Americans believe that we should be drinking more water; 95 percent believe that bottled water is a healthier beverage choice than soft drinks and 86 percent of consumers already buy bottled water, most often from grocery stores (73 percent) or big-box retailers (43 percent). 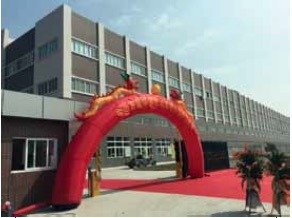 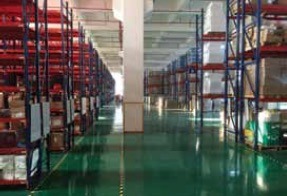 In a recent announcement, National Testing Laboratories’ (NTL) Director of Business Development Marianne Metzger noted that the northern United States may experience some pretty treacherous weather, which increases the possibility of water main breaks and pipes bursting and wreaking havoc. Pipes and mains are affected more so in colder weather due to the expansion and contraction of the pipe material, making it weaker; even a 10°-change in the temperature of air or water can cause significant stress on the pipes, leading to approximately 250,000 US water main breaks every year, which equates to 685 breaks per day. If UV light is part of consumers’ water treatment equipment, they may correctly assume it will take care of problems resulting from breaks. Homeowners with other types of treatment, however, may be faced with additional maintenance; a simple bacteria test after maintenance would help reassure customers. Metzger also noted that temperature can be a critical factor as it can impact biological as well as chemical contaminants. Warmer temperatures can lead to a higher incidence of bacteria, as many coliforms thrive in warmer waters; however, in cooler areas, bacteria can adapt and grow in colder temperatures. Additionally, temperature also affects chemical solubility and, in terms of groundwater, warmer temperatures can lead to higher total dissolved solids or conductivity. Measuring pH in the field is a good idea, as most pH meters have thermometers built in. For more comprehensive information, contact Metzger via email, [email protected] or phone, (800) 458-3330, ext 217.

The National Ground Water Association is leading an effort to study the effectiveness of public awareness outreach to private-water well owners for the Centers for Disease Control and Prevention (CDC). The goal is to better understand which elements of public outreach are effective in motivating well owners to act in ways that protect their water quality and health. Under a $78,358 (USD) CDC grant, NGWA’s project has two major parts: 1) an extensive literature search and analysis by the Ohio State University (OSU) College of Public Health to distill what published literature reveals about effective outreach to water well owners and 2) interviews by NGWA and WQA with managers of well-owner outreach programs to learn from their perspectives and experiences. OSU is currently in the process of doing its literature search and analysis. The interviews are expected to take place in the spring.

As one more step to conserve precious drinking water, San José’s Environmental Services Department is making recycled water from its South Bay Water Recycling (SBWR) system available at truck fill stations for three approved uses: construction trucks that spray water to keep down dust at construction sites, city trucks that perform sewer cleanouts and street sweeping trucks that mist the street surface as they sweep. City staff have expanded the use of recycled water to help save drinking water. The use of recycled water is regulated by the state. SBWR is San José’s recycled water wholesaler, serving San José, Santa Clara and Milpitas through retailers who deliver recycled water for approved uses, including commercial and civic irrigation; industrial cooling towers; flushing toilets in dual-plumbed commercial buildings and now, water-truck uses. Seven recycled water filling stations are now operational in San José, five in the Milpitas area and one in Santa Clara is expected to open sometime in 2015.

The US Virgin Islands has formally adopted the 2012 Uniform Solar Energy Code (USEC) and Uniform Swimming Pool, Spa and Hot Tube Code (USPSHTC), American National Standards developed and published by the International Association of Plumbing and Mechanical Officials (IAPMO). The provisions of these codes apply to the erection, installation, alteration, repair, relocation, replacement, addition to or maintenance of any solar energy, hydronic heating/cooling, swimming pool, spa or hot tub system. The 2009 and 2012 editions were produced using a consensus process similar to the one used to develop the Uniform Plumbing Code® and Uniform Mechanical Code®. IAPMO’s Uniform Evaluation Service (UES) has entered into a cooperative agreement with Certified Testing Laboratories (CTL) for the development and maintenance of evaluation reports, with CTL performing the corresponding product testing. CTL clients may choose to have their products recognized in the form of a Uniform Evaluation Report. Products recognized under UES have successfully undergone evaluation based on applicable requirements within the International Family of Codes, as well as codes published by other entities.

The Source Water Collaborative  (SWC)—made up of 22 national organizations, including NGWA—issued its call to action, A Recommitment to Assessing and Protecting Sources of Drinking Water, in late December in conjunction with the 40th anniversary of the federal Safe Drinking Water Act. To accomplish its vision, SWC recommends the following key actions: update/improve source water assessments and protection plans to prioritize risks and actions, by leveraging new data and tools; take priority actions to protect sources of drinking water, working with key partners and coordinate, plan and communicate in advance with key upstream partners, as well as within water utilities to help ensure that rapid emergency notification is provided to facilitate activation of mitigation measures. To see a full copy, visit ww.sourcewatercollaborative.org/wp-content/themes/sm-swc/img/SWC-calltoaction-v11.pdf.

IDE Technologies’ seawater reverse osmosis (SWRO) desalination plant in Ashkelon, Israel recently reached a world record of producing and delivering one billion m3 of high-quality tap water since its 2005 start of operation. When completed, it was the world’s largest and most advanced desalination plant, with a capacity of up to 330,000 m3 per day. The plant ultimately expanded by approximately 20 percent in 2010. During the last nine years, the plant has consistently addressed the water needs of more than one million people.

Living Water International announced it is bringing new, real-time monitoring technology to community leaders in Rwanda as part of a large-scale water sustainability program. The 501(c)(3) organization is using technology developed by Portland State University and SweetSense, Inc., which uses specialized water pump sensors and cell-phone data to expedite water-pump maintenance. Nearly 200 sensors have been installed on rural hand pumps to date. The pilot program in Rwanda is part of Living Water’s work in 23 countries and its mission to provide water, for life, to the 748 million people who lack access to improved water.

American Water Works Association announced it will establish its first International Community when it opens an office this spring in India. In addition to opening an office, a soon-to-be-named executive manager’s initial focus will be on building a community of water professionals who collaborate to support public health, environmental protection and best-management practices. AWWAIndia will also develop training for operators and managers. CEO David LaFrance, President John Donahue and Past President Nilaksh Kothari have met with various groups and government entities in India.