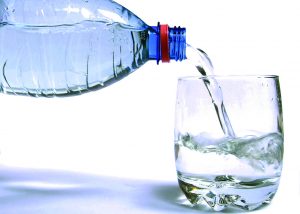 Bottled water consumption and sales growth in the United States in 2013 reflected the continuing trend of more Americans choosing to drink water more often. Data from Beverage Marketing Corporation (BMC) shows that total US bottled water consumption increased to 10.1 billion gallons (38.2 billion liters), up 4.7 percent from 2012. Per capita consumption was up 4.0 percent in 2013 (totaling $12.3 billion wholesale dollars), with every person in America drinking an average of 32 gallons (121 liters) of bottled water. Consumers continue to make their voices heard in the marketplace. So strong is the American consumer’s preference for bottled water that BMC CEO Michael Bellas predicts bottled water will overtake carbonated soft drinks and be the number-one packaged beverage sold in the US by 2020 (it is currently number two). 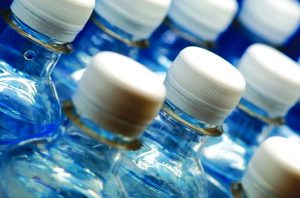 Bottled water in the US is comprehensively regulated by the US Food and Drug Administration (FDA) as a packaged food product and by federal law, the FDA regulations governing the safety and quality of bottled water must be at least as stringent as US EPA standards that govern tap water. And, in some very important cases, such as lead, coliform bacteria and E. coli, bottled water regulations are substantially more stringent.

In today’s on-the-go society, most of what we drink comes in a package. Consumers choose bottled water for several reasons, including its refreshing taste, healthfulness, reliable quality, zero calories and additives, and convenience. In fact, since 1998, approximately 73 percent of the growth in bottled water consumption has come from people switching from carbonated soft drinks, juices and milk to bottled water. In addition, research shows that if bottled water isn’t available, 63 percent of people will choose soda or another sugared drink—not tap water. There are many reasons people continue to choose bottled water, including its association with healthfulness, convenience, safety and value. In addition, many consumers choose bottled water over tap water for its superior taste. The International Bottled Water Association (IBWA) is proud to be an active supporter of Drink Up, an initiative of First Lady Michelle Obama and the Partnership for a Healthier America (PHA), which encourages Americans to drink more water more often, whether from the tap, a filter or in a bottle. The effort has been very successful. IBWA has long promoted the many benefits of drinking water and the NCS findings confirm that the Drink Up partnership is an important and healthful effort that can benefit all Americans.

Tackling legislative issues
IBWA met with members of Congress and US EPA on ENERGY STAR Version 2.0 water cooler specifications, which went into effect in February. The organization also sent a letter signed by 593 bottled water companies and cooler manufacturers to US EPA outlining their concerns. As a result of those efforts, the agency provided relief from some of the most burdensome aspects of implementing the new standards.

IBWA continues to work on the federal and state levels to actively defend the interests of the bottled water industry. In June, the Bottled Water Quality Information Act (HR 4978), which would provide consumers with uniform information about the quality and safety of their bottled water products, was introduced in the US House of Representatives. The organization strongly supports this important bill, which will make it easier for consumers to obtain clear, consistent and comprehensive information about the bottled water products they buy. “National uniform labeling and bottled water quality reporting standards are good for consumers and build on the extensive product information already provided by bottlers,” said IBWA President and CEO Joe Doss. “This important legislation codifies the bottled water industry’s current efforts to ensure transparency and continues our commitment to have the highest quality standards.”

Legislative and regulatory activities at the state level remain a focus and IBWA is engaged on several key issues, including recycling and bottle deposit laws, groundwater management and product and extraction taxes. Legislative and regulatory activities at the federal level include issues such as bottled water quality disclosures and FDA funding. One of the most significant federal regulatory matters for 2014 is the ongoing implementation of the Food Safety Modernization Act (FSMA). IBWA reviewed FDA’s proposed rules regarding preventive controls (HACCP), third-party certification, foreign supplier verification, intentional adulteration (food defense) and safe food transportation, and submitted comments to the FDA on behalf of the bottled water industry. Most recently, IBWA reviewed and submitted comments on a proposed revision of FDA’s nutrition labeling regulations and a proposed revision of a US Forest Service directive on groundwater management in the nation’s national forests and grasslands.

Despite activist efforts to ban or restrict the sale or purchase of bottled water, the sales and consumption of this safe, healthy and convenient product continue to grow. Only one city, one small town and a few college campuses have banned the sale of bottled water. Some activist groups are urging the National Park Service to ban bottled water completely from America’s national parks. IBWA is working across several fronts to fight these attacks on bottled water and to educate consumers about the importance of keeping this beverage available where other packaged beverages are sold. Banning access to bottled water directly impacts the right of people to choose the healthiest beverage on the shelf. And for many, bottled water is a critical alternative to other packaged beverages, which are often less healthy. Drinking zero-calorie beverages such as water, instead of sugary drinks, is regularly cited as a key component of a more healthful lifestyle and efforts to reduce the prevalence of obesity in adults and children. Promoting greater consumption of water from all sources, including bottled water, will support the efforts of consumers striving for a healthier lifestyle.

BPA safety issues addressed
IBWA continues to defend the safety of all bottled water containers. The FDA has determined that all plastics used for bottled water containers (PET, HDPE, polycarbonate) are safe and reliable for food contact use. During 2014, IBWA monitored and worked on nearly 80 pieces of legislation in 22 states regarding BPA, chemicals of concern lists and other chemical bans. This number is down considerably from the last few years, as state lawmakers have been looking at other types of chemicals and additives and have not focused as much attention on BPA. Several states, however, continue to keep a high profile on the BPA issue and IBWA has worked closely with coalitions in these states to oppose any attempts to ban BPA or require labeling of products that use BPA. In particular, the issue remains a very important one for the home and office delivery (HOD) segment of the bottled water industry.

Regulatory agencies in several countries and the FDA have ruled favorably on the safety of BPA. The consensus among these international regulatory agencies is that the current levels of exposure to BPA through food packaging does not pose a health risk. In June 2013, the FDA clearly confirmed the safety of BPA, stating that, “based on FDA’s ongoing safety review of scientific evidence, the available information continues to support the safety of BPA for the currently approved uses in food containers and packaging.” And, in February 2014, the FDA confirmed that the very low levels of human exposure to BPA through the diet are also safe.

The importance of social media
IBWA has a very strong social media presence. The organization recently launched a new video on its popular BottledWaterMatters YouTube channel (https://www.youtube. com/user/BottledWaterMatters) called Bottled Water– Always there when you need it (https://www.youtube.com/ watch?v=DOBatcWe08c&list=UUcXQ2ToCG65c7GrYHLxGW-A), which tells the story of the vital role bottled water plays in times of natural disasters and other emergencies. Consumers must have access to safe, clean drinking water during emergency situations. Bottled water is a safe, convenient, way to ensure an adequate supply of water on hand.

Chris Hogan is Vice President of Communications for the International Bottled Water Association. He holds an MBA and Master of International Management from the University of Maryland University College and a Bachelor of Science in political science from Northeastern University. Hogan also holds the IOM association and nonprofit executive certification.


About the organization
The International Bottled Water Association (IBWA) is the authoritative source of information about all types of bottled waters, including spring, mineral, purified, artesian and sparkling. Founded in 1958, IBWA’s membership includes US and international bottlers, distributors and suppliers. IBWA is committed to working with the US FDA, which regulates bottled water as a packaged food product, to set comprehensive and stringent standards for safe, high-quality bottled water products. Be sure to follow IBWA on Facebook, Twitter and You Tube and visit our websites, www. BottledWater.org and www.BottledWaterMatters.com.