Golf is a Limping Sport? 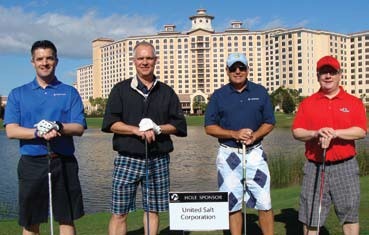 The Wishing Well Internation Foundation (WWIF) and Florida Water Quality Association (FWQA) teamed up this year to host the annual golf tournament at WQA Aquatech. And as usual, there were standout performers and memorable moments to report. A total of 35 generous industry players grabbed the opportunity for bragging rights. The team of Rick Good, Rob Missman, David Swain and Steve Reif took top honors for first place, followed by a tie for second between Cindy Gresham, Steve Braley, Sid Fly and Brent White on one team and Issa Al-Kharusy, Bill Hanson, John Heskett and Brian Good on the other. Third place repeated the tie scenario between Rich Clack, Jamie Wakem, Thomas Holler and John Williams pitted against Scott Batiste, Jeremy Greene and Josh Greene. Rick Good triumphed with the longest drive while Jamie Wakem easily handled the longest putt at 18 feet, eight inches. Not to be outdone, Steve Braley snagged closet to the pin at three feet, three inches.

There’s always something to talk about when we reflect on the annual charitable event and this year was no different. It was our Publisher who was the talk of the links this year. According to Guillermo Guzman, Founder of WWIF and CEO of H2O International, “The most exciting part of the tournament was with my riding companion and tournament Director, Kurt Peterson, who could not golf due to knee surgery two weeks prior to the tournament. His stitches were taken out a couple of days before the tournament and not only was he in pain, but also had limited mobility. We decided we would just ride around and deliver lunches and make sure the guys had a beverage when they needed one. It was very enjoyable and we had a chance to visit with all the players. While riding, we encountered a four-to-five-foot alligator on the shore of one of the ponds. Kurt just had to get a close up; but instead of using the zoom, he decided to walk (limp) closer and closer, ignoring my warnings that the gator could catch him in his condition, not to mention the damage he would do to his knee again if he had to run away from the critter. If that wasn’t enough, and since the gator didn’t blink as we approached, now Kurt had to make sure the gator was real. So he moved a few steps closer, picked up a piece of debris and threw it at the alligator, chasing him into the water. Of course all I could say at that point was: ‘You boys from out west just don’t know about gators. You are only used to (little) lizards and (slow) snakes.’ Neither term describes a gator!” 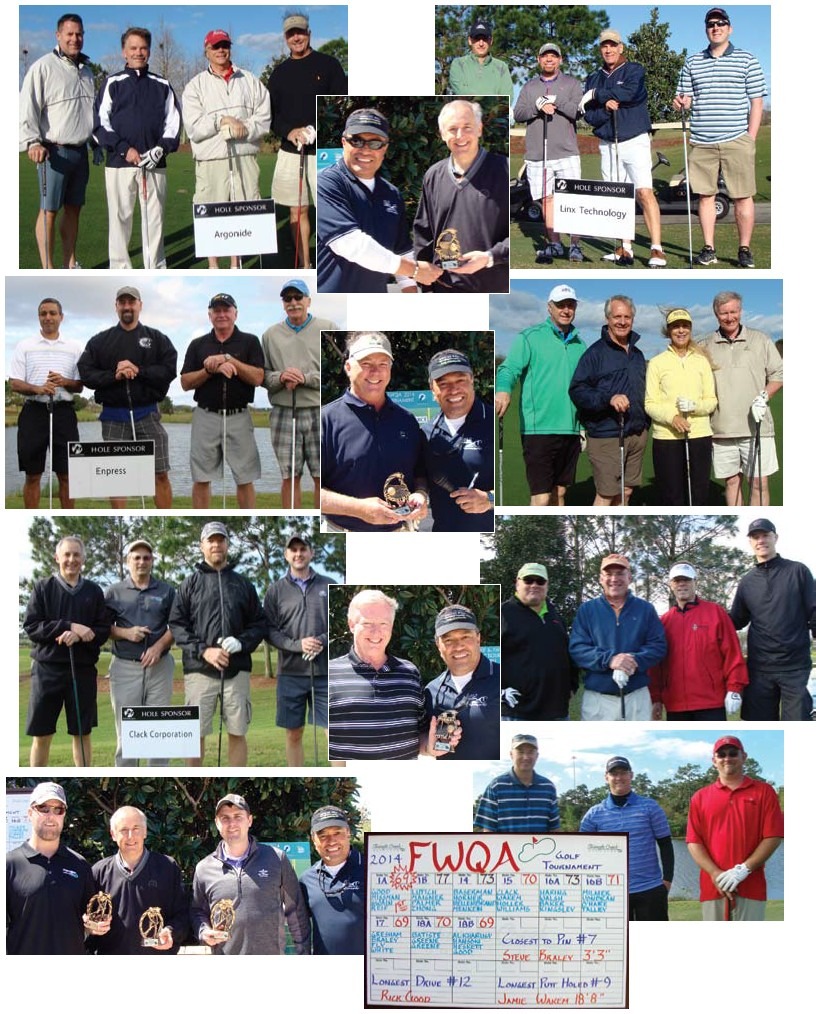