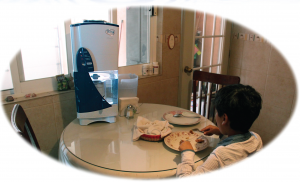 Consumers in emerging economies often face a litany of problems with regard to household water. Even more fundamental than poor water quality and frustratingly low water pressure is the question of sheer water availability. In many of the world’s largest cities (and in countless smaller cities, towns and municipalities), water supply is intermittent or seasonally unreliable.
Water availability is largely a problem of hydrological and climatological roots, although economics certainly comes into it as well. Magnifying the problem of water availability is the simple fact that unacceptable amounts are frequently lost during distribution. Estimates of 40-percent losses or even higher are routine in many markets. Although some of this water is lost through theft (for example in Mumbai, India or Rio de Janeiro, Brazil), most of it is lost due to pipes that are old and cracked or to connections that have begun to leak over time. While a great deal of work has been done over the last decade, repairing or rebuilding water infrastructure is economically feasible only under optimal conditions and the engineering complexity when operating in densely populated neighborhoods is staggering. Water losses during distribution are only part of the story, however. Large losses also occur though leaks, inefficiencies and consumer inattention after the water has been delivered to customers.

Rapid urbanization often outpaces the expansion of water infrastructure, so consumers must rely on private wells, water tanker deliveries or other stop-gap measures. Natural events like earthquakes, floods and droughts can cause infrastructure failures and set the stage for cross-contamination. One particularly instructive example of urbanization outpacing infrastructure is in Ho Chi Minh City, Vietnam, where entire subdivisions have appeared so quickly that they are beyond the city’s ability to construct water and sewage systems. Citizens are resorting to individual private wells at the expense of local aquifers; the resulting loss of central water resource planning will have long-term implications. Mexico City is an example of a city already highly stressed for water, in which an earthquake severely impacted water supply. As a result of the 1985 magnitude 8.1 earthquake, miles of primary and secondary water and drainage pipes suffered major breaks in 163 places. The number of people receiving municipal water went from six million to less than 90,000. Similar catastrophes, although on a smaller scale in terms of water supply, have more recently occurred in China, the Philippines and Turkey.

In most emerging economies, tap water is delivered at low pressure. There are three reasons for this. First, sheer water availability may restrict how much utilities are able to offer.

Second, the energy costs of pumping may constrain the ability of a utility to provide a pressure they might otherwise achieve. Third, in many markets, increased pressure could result in leaks or ruptures in household water pipes, connections and products not designed to withstand the higher pressures. Pipes in older buildings are often plumbed inside concrete walls and ceilings, so leaks can be costly and damaging. Consumers must deal with these issues and although household water supply, storage and safety do not have the immediate drawing power of more exciting attractions like smart phones, fashionable clothes, motor bikes and flat screen TVs, most consumers in emerging markets find themselves needing solutions to two problems: backup water supplies for ordinary household water and sources for purified drinking water—either bulk bottled water sold in 10- to 20-liter (2.6- to 5.2-gallon) bottles or household water purification equipment.

Research suggests that there are more than 300 million single-unit, elevated water storage tanks in use today. They are ubiquitous in countries throughout Asia, the Middle East and parts of Africa, with particularly strong markets in India, Mexico, Brazil, Indonesia and, to a lesser extent, China. These tanks, which are normally found on the roof or in an attic, have storage capacities of 250 to 2,500 liters (66 to 660 gallons). Much larger, usually modular, tanks are used in high-rise residential buildings, but these are not purchased by (or under the control of) individual households and thus present a quite different scenario. Even leaving aside the potential health complications associated with tanks made of asbestos-reinforced concrete (which were standard until the 1990s and are still made, but are increasingly being replaced by plastic, steel or fiberglass versions), these tanks typically ameliorate one problem (short-term water availability) but bring another. The water coming out is often worse than the water going in, just the opposite of what one might hope. The lids on these water storage tanks have until recently typically not been designed to seal off the tank—and tanks with their lids left wide open are not an uncommon sight. Nor are most of these tanks often or regularly cleaned; biofilms, insect larvae, loose vegetation and even dead rodents are regularly seen.

On the drinking-water side, consumers who opt for bulk bottled water are faced with a choice between wrestling heavy, bulky bottles home every week or so, or paying for a delivery service, which may bring security worries of its own. On top of this, the safety and purity of the water is sometimes questionable. Bulk bottled water is expensive, although those choosing that solution generally feel they have no better alternative. Research has found that although tap-water substitute bulk bottled water is less profitable than supplying smaller bottles (usually called soft-drink alternative waters), beverage giants are all significantly invested in this segment of the water market, sometimes using brands different from their higher-margin bottled water offerings. In countries like Mexico and the Philippines, vast networks of small, neighborhood owner-operated water refilling stations have emerged, sometimes promising special health benefits deriving from their particular treatment processes. Also, Mexico City now requires all of its 65,000 restaurants to install water treatment equipment and to offer customers free potable water.

Home water treatment is the other alternative for many consumers in developing markets. Although home-brewed methods such as boiling, sand or cloth filtration or using alum are still practiced in many rural communities or by the poor, manufactured water treatment equipment is more often used in urban settings by families that can afford it and choose not to follow the bulk bottled water route. The home water treatment industry is one that has been constrained for many years by a trio of difficult issues. First, until recently, few of the brands consumers trust in related product categories have entered this specific market—in some cases, even when they have, their products have been too expensive, naively designed or poorly promoted. Second, the industry has been plagued in the past by companies making false, even ridiculous claims. In a product category that demands considerable consumer education and the building of trust through understanding, this has been poisonous. Third, maintaining a product in good working order requires both attention and expenditures; either for replacement parts (such as filters or UV bulbs) or for a service contract.

Until recently, very few global brands offered home water treatment products in emerging markets. Amway is one of the exceptions to this, but historically its products have been aimed at well-to-do households. Over the last five or six years, major brands have entered these markets. A wide variety of channels, including retail, direct sales and on-line sales are being used to distribute their products, but because of the huge differences among markets and the very large differences between products, most have been strong in only a few markets, at best.

The fact is, with very few exceptions, products that are well designed, functionally impeccable and user friendly are, so far at least, both rare and expensive. Fostering widespread acceptance—and a huge potential market that is, unquestionably, out there—will require significant investments in research, engineering, design, partnerships and marketing. Various companies and organizations have been making such investments, but only a few have been able to tackle all five in a sustained, committed way. Addressing only a subset can no doubt lead to healthy profits and significant real-life benefits to families in emerging economies; but solving the problem overall (which could be emphatically profitable) will require dealing with all of them.

About the author
For more than 30 years, Matt Moes has been one of the directors of Baytel Associates. He has a background in cybernetics and instrument physics, electrical engineering, and computer and information science. Moes has traveled extensively in Asia, Europe, the Americas, the Middle East and Africa, and has long-standing interest and expertise in tap water, bulk bottled water and home water treatment products. He is keenly interested in what consumers like and dislike about these various approaches to water in the home and is focused on advertising media, fast-moving consumer goods, innovative business models and scalable, sustainable, low-cost, high-tech solutions to water cleaning and purification—especially those suited to mass markets in emerging economies.

About the company
Baytel Associates (www.baytel.org) is a specialized market research and consulting firm that has spent the past 30+ years focused entirely on these and related questions in residential and commercial water use, treatment and storage. Baytel’s Principals each spend months at a time doing field work in the countries that they track. Consumers are interviewed in their homes as to how they use the products and as to what they think about the various kinds of solutions competing for their money. The company also conducts extensive audits as to the products available from retailers and from direct marketing networks and online. Each kind of retailer selling these products is visited. Direct sales presentations are also audited, as are on-line presentations and catalogs. Baytel has recently released new reports on the market for residential water treatment products and services for several countries, including Turkey, Philippines, Australia, Taiwan, Mexico and Brazil.