Considered the gem of the Sierra Nevada region, Lake Tahoe welcomed the 2013 Mid-year Leadership Conference with arms wide open. And, in spite of lingering smoke from the Yosemite fire, the grandeur of the mountains and the alpine lake were not lost on the attendees. The conference members enjoyed the cruise while 40 intrepid golfers took to the links, which counted $23,725 in sponsorships this year. The results of the tournament included the winning team of Doug Haring, CWS-VI, CI, CSR, Pentair; Sid Fly, CWS-V, Turbidex; Kurt Peterson, WC&P International and Brent started on a high note with an informal Board of Directors meeting the first evening that was Simmons, Omnipure Filter Company, Inc. Sid Fly added to his notoriety with the longest drive, more casual than usual. By all accounts, much was discussed in a very positive manner and those who were present felt this was a good way to get to the heart of many issues without the constraints of a formal meeting. The second day started with a host of meetings that began very early to discuss the Eco Labeling Task Force, membership recruitment and retention, Gold Seal Steering Committee and more.

The venue offered a spectacular choice of fund-raising events for the Water Quality Research Foundation in the form of the perennial golf tournament and a Lake Tahoe cruise. This year, a record amount was raised through the efforts of the golfers and the cruise added not only much-needed funding but also a welcome relief from the pressures of business. Sixty-two members enjoyed the cruise while 40 intrepid golfers took to the links, which counted $23,725 in  sponsorships this year. The results of the tournament included the winning team of Doug Haring, CWS-VI, CI, CSR, Pentair; Sid Fly, CWS-V, Turbidex; Kurt Peterson, WC&P International and Brent Simmons, Omnipure Filter Company, Inc. Sid Fly added to his notoriety with the longest drive, while Jamie Wakem, CWS-VI, CI, CSR, Atlantic Filter Corporation, grabbed longest putt honors. Not to be outdone, John Packard, CWS-VI, CI, Culligan Water Conditioning, took the prize for closest to the pin.

Starting very early on Wednesday—something that many made note of—a jam-packed schedule of meeting and presentations began. The Board of Directors meeting was notable in its breadth of discussion. In the realm of finances, revenues were up, although WQA was slightly behind budget and while product testing revenues were down, they were ahead of last year. Education also noted gains. Membership stood at 2,526 members as of July 31 and based on member surveys, satisfaction was rated in the high category. International memberships showed some weakness and WQA has sought to address that issue. WQRF noted $1.2 million (USD) in assets and special events garnered an additional $52,700. WQRF approved funding for two studies, totaling approximately $112,000. The foundation will start new fund-raising campaigns between now and March. Studies already funded by WQRF have been getting serious attention and Mike Urbans issued a challenge to board members for 100-percent participation in future fundraising efforts. Discussion of committee chairs attending the board meeting was discussed to advance the communication between the board and the committees. Also, changing meeting times to the first thing in the morning instead of the last day was proposed. A few members noted that some meetings had to be cut short because of the schedule and this left some serious gaps in the ongoing discussions. The International Section meeting featured a discussion of membership in that sector, which declined to 393. Committee members noted that some international elements do not see the value in membership and do not renew but continue to use logos, letterhead and other materials. That will be addressed and Govind Bommi of the India Task Force praised the process in that market, saying that education and training efforts were working out well. India will need to determine a direction in which to proceed and an advisory committee has been created to address forward momentum in other markets. The next meeting of this section was scheduled for November 7 at Aquatech Amsterdam. In regard to regulatory issues, Japanese adoption of NSF 58 as a JAS protocol may be in place by September 2015. The Brazilian standard has been fully implemented and is being enforced at the port level instead of just the retail level. There are plans to meet with Aqua Europa to discuss the possibility of setting up testing and certification across Europe. The Dealer Section meeting was standing room only and included a very well-done presentation by Dr. Tanya Lubner. The process of expanding the educational  program to digital format has proceeded well, with the script for Water Treatment for Dummies already completed. The ebook release will take place 45 days prior to the print version release and should be available as unlimited downloads for WQA members by October. The shift to a modular education program seemed to interest everyone and the new process will focus more attention on hands-on training to verify what has been learned. The online knowledge base will be extensive and provide far more material than previously. As part of the new education concept, certification levels are slated to be revised by transitioning CVWS-V and CWS-VI to a Master Specialist rating. This has prompted heated discussion of how this will affect current certifications but a grandfathering element has been introduced for those who have achieved these levels. CWS-II through IV will also be transitioned but that process has not yet been determined. Any questions regarding these issues should be sent to the personal development group.

During the luncheon presentation, Richard Mest offered an apology that some meetings were not adequately listed as invitation-only and stated that there was “no intention to be exclusive or non-transparent.” This was followed by Dave Hataaja noting that Charles Fishman of The New York Times, who wrote “The Big Thirst” series of articles, would be the Keynote Speaker at WQA Aquatech in Orlando, FL in March 2014. He shared the latest Gallup Poll results, which indicated the numberone environmental concern in America is pollution in water. A 13-percent growth rate in water treatment products was also mentioned and that the World Health Organization is also looking more at water treatment products. According to the 2013 WQA Consumer Study, results indicated that contaminants, healthy  lifestyle and quality of life are driving the water treatment market. Hataaja said more consumer and media outreach needs to take place to create awareness for consumers and policy makers. WQA will make a visit to Capitol Hill October 1 and 2 to further this agenda. With efforts to remove California’s onerous testing regulations in full swing, guest speaker Bill Dodd, who’s family has been involved in the water industry for more than half a century, made mention of that state’s waning influence. “California is no longer the beacon of things to come and is not a shining example of how to get things done,” he said. Because of this and other issues, Dodd made the decision to run for office to help reduce the anti-business climate in his state, which should be helpful to the industry as a whole.

Government Relations and the Water Sciences Committee meetings were also well attended. Government Relations encouraged more state association participation to build and strengthen relationships with local lawmakers and regulators. The Water Softener Best Practices Task Force has shifted from a legislative to a regulatory focus and the committee is working on a salinity resources panel. During the Water Sciences Committee meeting, members wanted to discuss in-depth the issue of nitrates. Frank Brigano and Gary Hatch noted that the California nitrate issue is greater than POU options can handle and this must be discussed further. Due to limitations of the time allotted, however, the meeting was cut short before a discussion of nitrate issues could take place. A later, informal meeting was held specifically for that discussion. Progress on updating technical bulletins has been steady, with several completed and new bulletin topics to be included, including Chromium 6. A final-barrier study that was voted down by the Board of Governors was accepted later in the WQRF meeting and will go forward.

One of the meetings that was most notable involved NSF/ANSI 61. The 2012 version of that standard includes nitrosamines analysis in the extraction testing for sulfur-cured rubber materials. In March, the NSF Drinking Water Treatment Units Joint Committee decided to include nitrosamines in the extraction testing for the next revision of DWTU standards. The change will be included in the next version of the standards. Potential issues being investigated are the availability of non-sulfur cured rubber materials and potential for cross-contamination resulting in nitrosamine presence. Also, the challenge influent water having nitrosamines complicates analysis at the parts-per-trillion level. There are conditions that make the levels of nitrosamines inconsistent, such as temperature, and whether the challenge water was disinfected with chlorine or chloramine. Some manufacturers say rubber materials release more  nitrosamines when in contact with chloramine disinfected water than chlorine. WQA will collaborate with NSF to compare data. Currently, WQA testing has seen two failures out of 24. It was proposed that the steps going forward are to collect and review data from certification bodies (NSF, WQA) and companies, and then review status of the situation prior to discussing potential standard or certification process revisions. Overall, the leadership conference covered a large number of issues and many will continue to be discussed at future meetings. WQA has made a concerted effort to be inclusive of as many issues relevant to the industry overall by updating and improving educational programs, creating new task forces and committees, addressing emerging contaminant concerns and standards improvement, outreach to regional associations and much, much more. The organization has embarked on an aggressive program to enhance and expand the benefits of membership and will continue to do so. This pivotal part of Dave Hataaja’s leadership has been noted as progressive and successful. 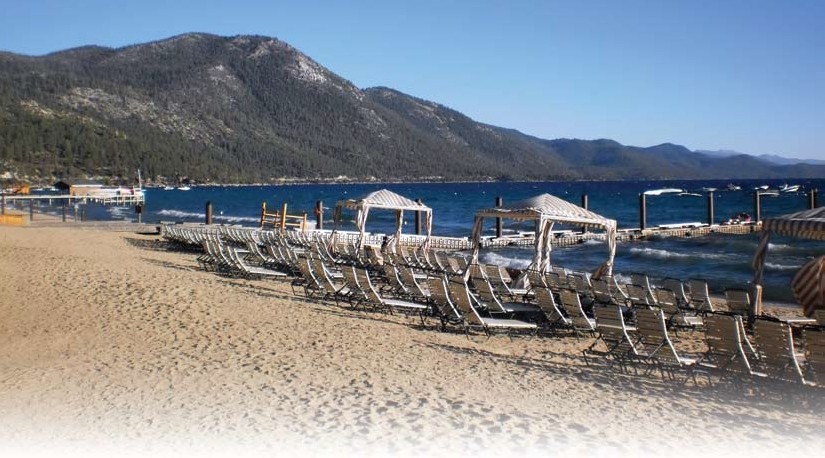 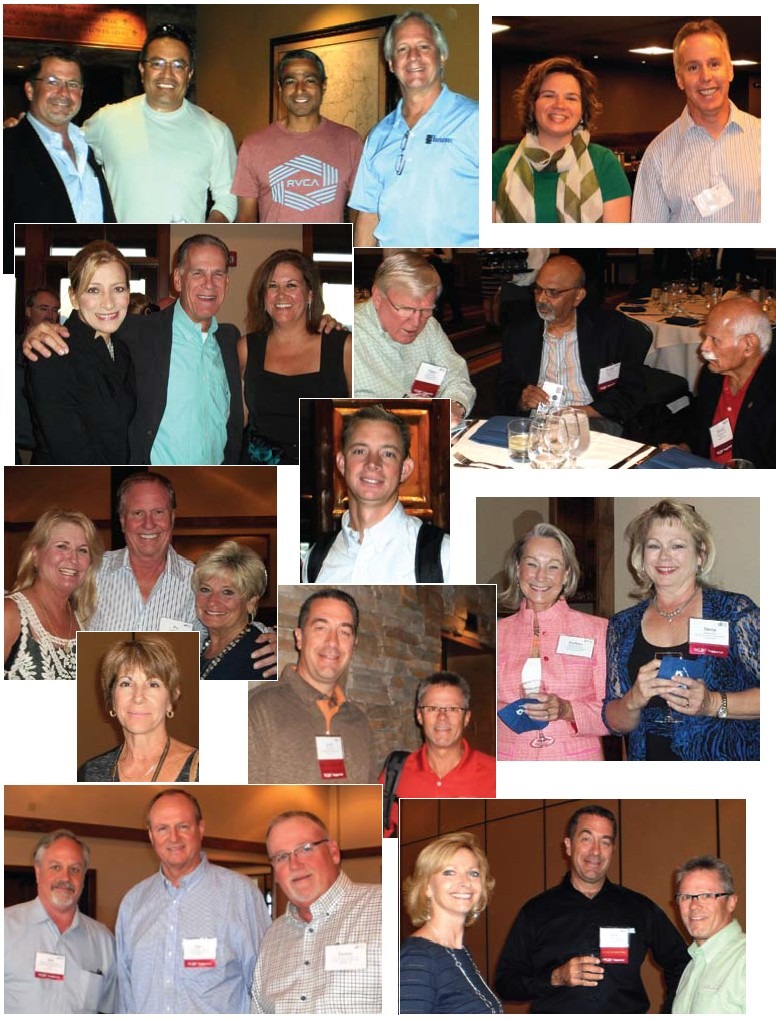 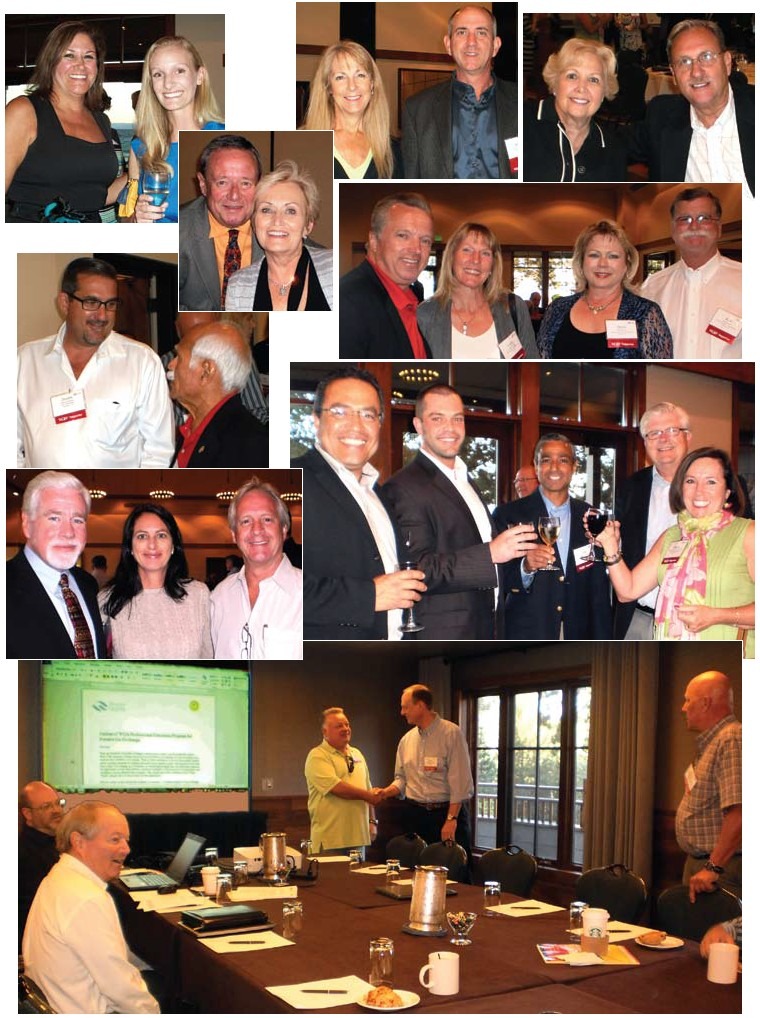