Signals for the Future of POU Water Purification (Microbiological)

Wouldn’t it be great to know what’s coming in the market and how to adjust your strategy to be prepared? You can have a pretty good idea if you know where to look for signals. The most successful companies provide goods or services meeting genuine needs. In order to more competitively respond to need-driven market opportunities, companies invest in R&D, and resulting discoveries with economic promise lead to filing of patent applications. If one monitors global patent filings across a range of competing technologies, patterns can be seen as to where the industry as a whole is placing its bets, and where interest is cooling off. On March 16, 2013 the US will switch to a ‘first to file’ patent system, like most of the rest of the world, and will motivate inventors to file as quickly as possible. Their applications will then be published 18 months later.

It can easily take much longer than 18 months to refine inventions, conduct market research, productize novel technology, set up distribution and ramp production capacity for volume commercialization. This creates an early warning opportunity for the savvy monitors of patent filings. It’s like Doppler weather radar for technology innovation to see what’s coming over the horizon across the competitive landscape.

So where does one begin? Try the following experiment the next time you attend a water treatment industry event. Randomly ask people to name the first five microbiological water purification technologies that come to mind. You will probably get mainstream answers like reverse osmosis, UV light, chlorine, ozone and distillation.

Some respondents might mention iodine or bromine, as they have been in use for decades; however, taste, odor and other issues of handling and storage have limited their usage to mostly niche applications and may limit the number of such responses. Here are the historical timelines of several mainstream microbiological purification technologies:

1908: First drinking water use in the US

2000: Discovery that UV can kill Cryptosporidium

One might conclude that the age of a technology is a primary factor for initial consideration. I do not believe technologies have to date back to 1850 to 1950 to become widely accepted. There are several examples of modern advances in water purification that are rapidly gaining in popularity and common usage as go-to solutions. As new technologies emerge and gain traction in the market, innovative improvements are conceptualized and the number of subsequent patent filings proliferates. These naturally follow periods of capital investment into research and development of increasingly successful areas of technology. Firms investing in such R&D do so, expecting a positive return on investment (ROI) and express confidence in the underlying platform technology as they seek to build and expand upon that foundation. By studying patent filings and issuance (see Figure 1), one can see where the industry’s confidence resides, where the investments are being directed and which players are placing the bets. This is fundamental work as part of any organized competitive intelligence function.

Ozone and distillation have the oldest patent filing history, which boosts their numbers. Ozone, however, continues to have significant patent filing activity in the most recent decade, not surprisingly followed by UV and RO in the same time period. It is also interesting to see the low level of investment being made in chloramine technology, though it dates back into the 1930s. From this table alone, one should consider taking a much closer look at the nature of ozone work being done. Now let’s take a look at some newer purification technologies that are not yet as widely used (see Figure 2).

Escalation of patent filings in the 1960s and 1970s was need driven. In US EPA’s The History of Drinking Water Treatment, published in February 2000, we find: “By the late 1960s it became apparent that the aesthetic problems, pathogens, and chemicals identified by the Public Health Service were not the only drinking water quality concerns. Industrial and agricultural advances and the creation of new man-made chemicals also had negative impacts on the environment and public health. Many of these new chemicals were finding their way into water supplies through factory discharges, street and farm field runoff, and leaking underground storage and disposal tanks.” And in 1969, “over half of the treatment facilities surveyed had major deficiencies involving disinfection, clarification, or pressure in the distribution system, or combinations of these deficiencies.” 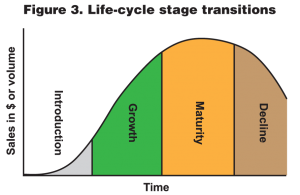 Investment in purification technology development and patenting has not slowed down. Export markets in developing countries with growing middle-class populations have become more accessible. Meanwhile, the US is facing limitations and decline in its own infrastructure. Water distribution network pipes in older US cities are often more than 100 years old. Dr. Robert D. Morris, in his 2007 book, The Blue Death, explains that iron pipes installed in the nineteenth century had a life span of 125 years. Twenty-five years later, manufacturers began producing pipe with thinner walls to be less expensive and easier to work with. These had a 100-year life span. Another 25 years later, pipes with even thinner walls and a 75-year life span were installed. current decade are nearly three times that of hollow-fiber membranes. It may simply be too early to judge the long-term future of forward osmosis or mixed oxidants, but for now, they are lagging behind other technologies in new patent applications. Compared to older technologies, carbon nanotube patent filings exceeded those for distillation, chlorine, chlorine dioxide and chloramines in the most recent decade. “This pattern of manufacturing innovation has synchronized the decay.” This has become a perfect storm for water quality in the US and time is running out.

Also, remember that costs tend to fall rapidly as any new technologies roll out into full commercialization. Keep the ‘experience curve’ in mind (also known as Henderson’s Law), developed by Bruce Henderson, Founder of the Boston Consulting Group. As he put it: “Costs characteristically decline by 20-30 percent in real terms each time Newer purification technologies are tracking along the same pattern as primary, mainstream technologies. Hollow- fiber membranes and carbon nanotube purification technologies should continue to be monitored for those anticipating what is to come. In the most recent 10-year period reviewed, the top five rankings of patent filings are: accumulated experience doubles. This means that when inflation is factored out, costs should always decline. The decline is fast if growth is fast and slow if growth is slow.” In other words, do not prematurely dismiss or ignore emerging technologies as too expensive. Per Henderson’s Law, costs will come down.

When assessing the potential acceptance of newer technologies, one may certainly ask, “What does this mean to me?” For manufacturers, these signals can guide R&D investment and competitive bench marking against emerging technologies. Dealers astutely studying predictive signals may be rewarded with early discovery of new opportunities, as well as reduced risk of being caught by surprise. Transitions in product life- cycle stages (see Figure 3) may be anticipated, enabling timely promotional efforts and shifts in carried inventory. New areas of technical study can be discovered to prepare one as a subject matter expert for consulting and better service capabilities. Distribution rights might be secured ahead of the competition, perhaps with protected territories.

Summary
In market, need-driven economies, companies invest to develop innovative advantages, and those monitoring patent filings can anticipate their competition. Significant demand for drinking water purification will continue not only abroad, but increasingly in the US, in the years ahead. Evidence points to the fact that established, mainstream technologies (UV, RO, ozone, distillation and chlorine) will be joined by other go-to technology solutions, such as carbon nanotube filtration and hollow-fiber ultrafiltration membranes. Keep monitoring patent filings to follow this progression and watch for emerging technologies in the months and years ahead.

About the author
D. Duane Dunk holds an MBA and CPA license and specializes as a strategic planner and business development manager of breakthrough technologies. He is a long-time practitioner of competitive intelligence with 20 years of experience in water treatment, moving companies from the R&D stage to successful product introduction. Dunk can be reached at ddunk@seldontech.com.