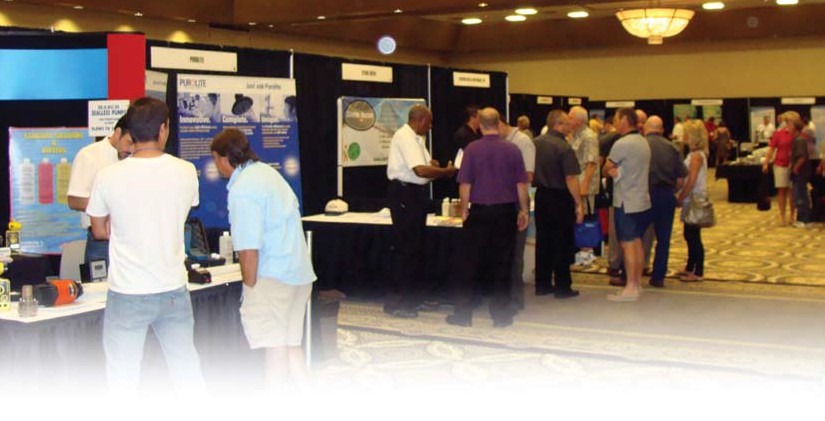 The 39th Annual Texas Water Quality Association Convention & Exhibition was held July 11-14 at the beautiful La Torretta Lake Resort and Spa in Montgomery, Texas. I think the 275 people who were able to attend would agree that the facility was amazing and offered so much to everyone: a beautiful on-site golf course, amazing swimming pools, water slides, tube runs, miniature golf and even fishing, right at the hotel. The meeting facilities were equally fabulous, as were the employees. Overall, the convention was a huge success! The convention began with the Board of Directors meeting. TWQA has a wonderful group of individuals willing to donate their time and energies for the association and, though the work the board does goes virtually unnoticed by most, they work very hard to keep TWQA moving in the right direction. Thank you to all past and present board members! Following the board meeting, TWQA President Bill McGraw hosted a welcome reception in his suite for all attendees. What a great way to kick off the convention. The Annual TWQA Golf Tournament, normally held on Thursday morning, almost didn’t happen. The morning began with torrential rain, lightning and thunder but subsided in time for the tournament to take place as planned, with 52 participants. Tournament winners were:

The Awards Banquet was held in the evening in a beautiful room that overlooked the lake. It was completely full, with 176 attendees. Awards were presented to individual members, as well as suppliers in several categories. Congratulations to all those who received awards.

Richard Mest, President of Master Water Conditioning Corporation, gave a wonderful presentation on The Final Barrier and what we have to look forward to as water treatment dealers in the future. He deserves a special thank you for taking the time to speak to the TWQA membership. The presentation was so well received that he has been asked to return for another session at the 2013 convention in San Antonio. The evening concluded with a TWQA favorite: Casino Night. Everyone seemed to enjoy the evening—they gambled and left with all of their money. You can’t beat that!

During Friday’s General Session and Annual Meeting, TWQA Legislative Consultant Marc Rodriguez brought the members up to date on current happenings in the state capitol and what Texas water treatment dealers have to look forward to in the upcoming year. One of the highlights of the General Session was having a WQA representative speak on the State of the Industry. We were honored to have 2012 WQA President Dar Watts and WQA Executive Director Dave Haataja attend the event. TWQA members very much appreciated the attendance of these gentlemen. 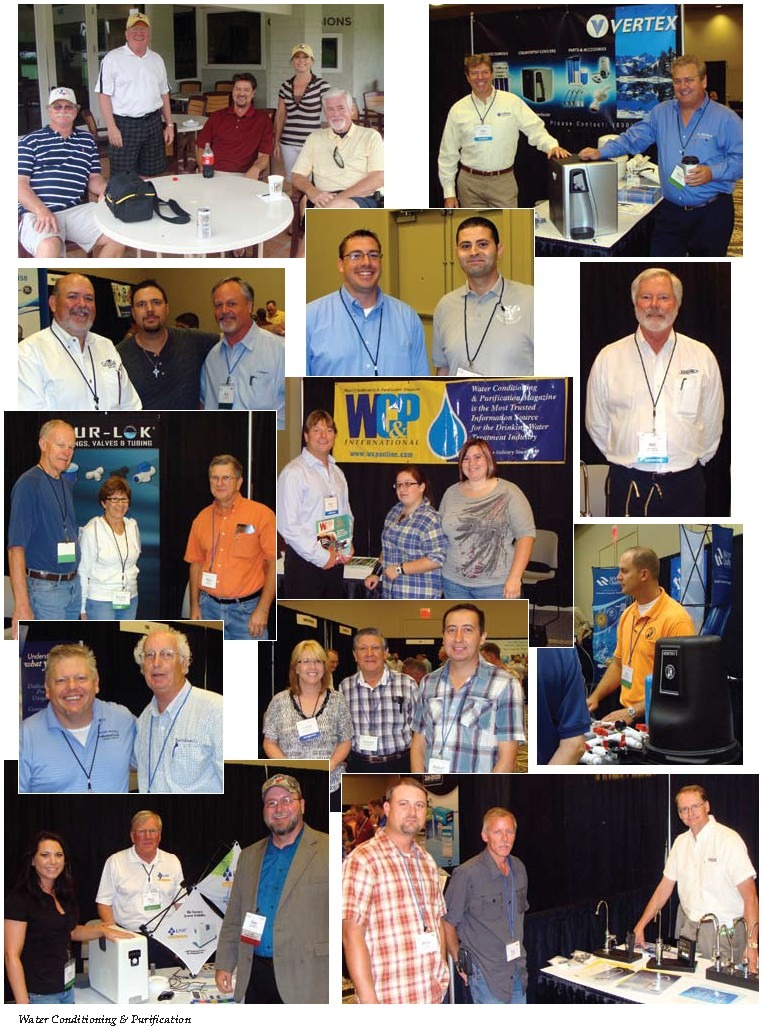 TWQA works very hard to make its conventions family- oriented by holding a Spouse and Children’s Breakfast, this year hosted by TWQA ‘First Lady’ Lisa Parks. Approximately 35 people attended and were treated to great food, new friends and prizes. Thanks, Lisa, you did a wonderful job of making everyone feel welcome.

Friday’s exhibit featured 41 exhibitors with a wide variety of products and while I would like to see more, more than 200 visitors attended the exhibit. Two door prizes were given away during the show, won by Mike McFarland of Culligan International (Dove Hunt) and Thomas Hudec (iPad®).

Sponsorships are a critical component for successful events, and are critical to the success of an event such as ours. TWQA would like to thank the following companies for their commitment to the continued success of the conventions: 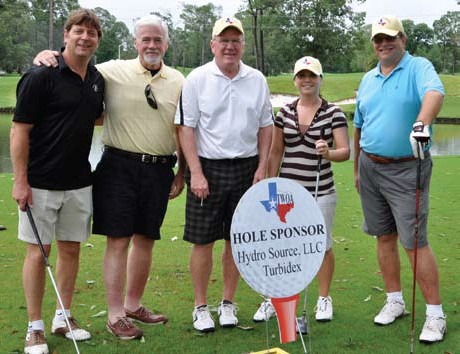 Much work goes into bringing a convention this size to fruition and many individuals work very hard to make it a success. Their efforts must be recognized because without them, the event would not have been this wonderful. First, I’d like to thank the 2012 TWQA Convention Chairman, Kelly Parks, for his input in choosing the venue as well as finalizing the events. Kelly had a vision of what he wanted the convention to be and he achieved that goal. Next, a special thank you for the registration desk and other event staffers: Greg Gayler, Stephanie Hall, Rick Grace, Don McGhee, Roger Grace, Dee Wheeler, Danny and Joy Hoad and Jo Grace. What a great support staff I have! Plans are already in the works for next year’s convention, which will be held July 10-14, 2013, at the Grand Hyatt in San Antonio. This will be the 40th Anniversary of TWQA, making it an extra special event. I hope to see you there! 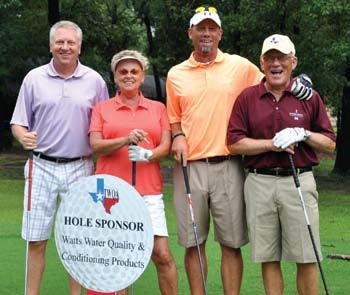 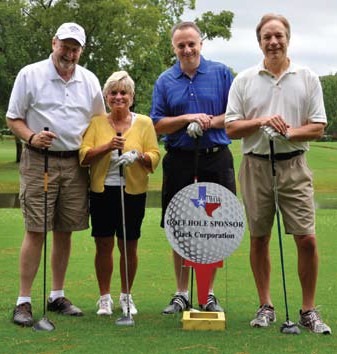 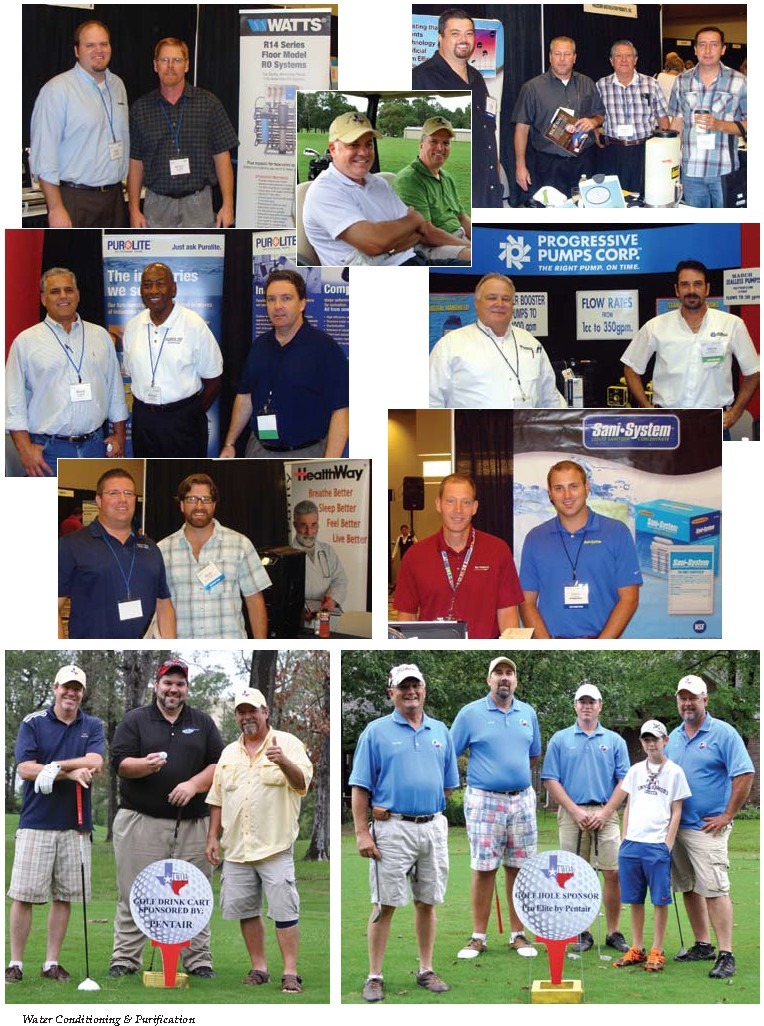 About the author
Daina Grace is Executive Director of the Texas Water Quality As- sociation, a role she assumed in 2004. She will begin work on her 10th convention in 2013. Grace and her husband, Rick, are owners of RG & Associates, Inc. of Victoria, TX, a third-generation water conditioning company.