This issue of On Tap is a continuation of the March presentation that coincided with the WQA Aquatech USA conference and exhibition, where I spoke on the topic of emerging waterborne pathogens. The following provides background information related to the WQA presentation, outlining some of the current challenges and future needs for providing a safe drinking water supply to consumers.

Part one of this three-part series focused on the causes of waterborne disease, including the most common waterborne viruses, protozoa and bacteria and water-based contaminants. We also focused on problems with US surveillance data and the dramatic underestimation of the true incidence of waterborne disease. Finally, the article touched on uncontrolled sources of drinking water contamination including agricultural wastes and sewer overflows- conditions worsened by extreme rainfall events. This month, we will continue our overview of waterborne pathogens, focusing on additional emerging concerns related to contamination sources, water quality monitoring and the need for a final barrier of protection for consumers.

The tip of the iceberg
Several parameters are used to represent the magnitude of waterborne disease, including reported outbreaks and highly credible cases of diarrhea. As discussed in part one, roughly 700 cases of waterborne disease are documented in the US each year but an additional 19.5 million are estimated to occur. 1 This vast discrepancy occurs largely because waterborne outbreaks generally only reach the public health radar screen if the symptomology is severe (i.e., hospitalization or death) or if there are a large number of cases. Thus, only those of ’epidemic‘ proportions are noted.

Much more common is the low level of disease that is generally accepted by the community. Occasional diarrhea or stomach upset may be perceived as normal and expected to occur periodically. This constant level of disease in a community is known as the endemic rate of infection. While often mild, endemic infections result in significant costs (i.e., loss time at work, decreased quality of life and financial burdens) to a society and exceed the acceptable levels of risk defined for the US (i.e., 1 in 10,000 infections per person per year).

Likewise, diarrhea is only one recognized disease associated with waterborne pathogens. The spectrum of diseases caused by water exposures, however, is much wider – including liver, kidney and heart disease, respiratory illness, cancer, paralysis, arthritis, autoimmune disorders, birth defects, hepatitis, meningitis, myocarditis, encephalitis and other nervous system disorders. These chronic sequelae – or long-term continued disease outcomes – should be considered when quantitating the health impact of tap water exposures. In other words, diarrhea is only the tip of the iceberg.

Deficiencies in the multi-barrier treatment approach
While accidental/incidental sewage contamination of drinking water occurs periodically in the developed world, in developing regions, 95 percent of domestic sewage and 75 percent of industrial wastes are discharged into surface waters untreated. Source water protection is the first line of defense in providing a safe water supply. The more contaminated the source water, the greater the reliance the community or individual has on water treatment post-collection. Although highly effective, even with state-of-the-art municipal treatment technologies, utilities cannot guarantee 100 percent treatment efficiency, 100 percent of the time.

From 2005-2006, 20 percent of the drinking water outbreaks in the US were associated with distribution system deficiencies. In the US, the average life expectancy of distribution pipes ranges from 75-120 years; however, the average replacement rate is approximately 200 years. Approximately 25-30 main breaks occur per 100 miles (160.9 kilometers) of piping per year in the US, resulting in an estimated 237,000 breaks per year. Overall, 10-20 percent of the drinking water produced by US municipalities does not reach the end user. Where there is potential for water to leak out…there is also potential for contaminants to leak in.

The quality of water in premise plumbing is another big unknown. Beyond the water meter, and outside regulatory jurisdiction, household distribution systems present major challenges in delivery of quality tap water. One study found that the bacteriological quality of water significantly deteriorates in the home plumbing. 2 Levels of bacteria from the original groundwater source ranged from 1-10 colony forming units (CFU) per mL of water. Following collection and distribution from the water utility, bacterial counts increased 10-fold to 10-100 CFU/mL. Once passed through the household tap, bacterial counts increased up to 10,000-fold ranging from 1,000- 1,000,000 CFU/mL.

Monitoring tap water contamination
Improved sensitivity and specificity are the primary goals of water quality monitoring. Being able to detect waterborne pathogens in real-time is also imperative. To date, a real-time, sensitive and specific monitoring tool is not available but advances focus on the use of passive capture technologies and automated detection schemes. One such method utilizes the naturally negative charge of microbes in the environment that attach to an oppositely charged optical fiber in a flow through filter system. Infrared lasers pass over the fibers with collected contaminants to produce unique spectral fingerprints for each. 3 Sensitivity and specificity continue to be a challenge.

Where – and how much – to sample is another question. Because microbial contamination typically occurs at low levels, large volumes of water should be monitored. Water vending machine or household POU filters provide a continuous source of post-distribution system monitoring data. In one study, 48 pre-filters from water vending machines were collected from 41 unique sites. Although these filters were not designed to remove microbial pathogens, and the vending machines utilized disinfectants as a final barrier, pathogens were suspected to collect on the filters over time prior to the disinfection treatment step. Overall, 56 percent of the filters tested positive for either a fecal indicator bacteria or infectious human virus, suggesting that tap water is vulnerable to contamination. 4

The final barrier
This year at WQA Aquatech, speakers and attendees frequently referred to the final barrier of water treatment, or POU technologies. Whereas municipalities have successfully eliminated the majority of epidemic waterborne disease in developed countries, the endemic level of disease remains. POU water treatment provides protection for the consumer beyond the jurisdiction of the municipality or the regulatory agencies. POU systems offer a safety net for potential failures in source water protection, treatment and distribution – and perhaps the only solution for premise plumbing contamination issues.

Gastrointestinal illness has been shown to decrease by up to 50 percent with RO treatment of tap water. 5 In a similar study, distribution systems were found to add significantly to the disease burden. However, even when water was bottled at the treatment plant and not sent through the distribution system, children experienced a 17-percent increase in disease compared to those drinking water treated at the point of use. 6

As detection technologies improve, pathogens continue to emerge, and susceptible populations grow, the need for improved water supplies to meet our health goals will be further realized. Tune in next month for the third, and final, installment of this series on waterborne pathogens for a forecast of what microbes are expected to emerge in the future…. and why. 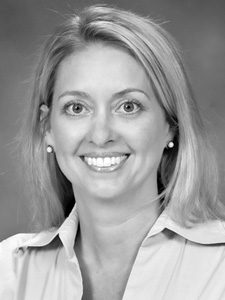