The FWQA Convention is scheduled for June 7-9 at the Caribe Royale Resort in Orlando, FL. The annual Golf Outing will be on the June 7, with an 8 a.m. shotgun start. The venue has yet to be finalized. The organization will host its second annual Hospitality Suite event, which was a huge success last year. Food, beverages, games and great networking opportunities are open to all FWQA attendees, exhibitors and speakers at no charge.  There will be exhibits and educational sessions on June 8 from 8 a.m. until 5 p.m. At the end of the exhibits Friday there will be a silent auction. On June 9, WQA’s Pauli Undesser will be teaching a three-hour Water Treatment Fundamentals course, followed by WQA certification exams to end the convention. For more information, please visit www.fwqa.com. 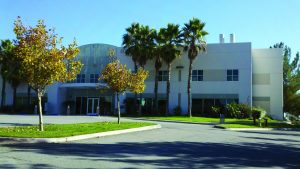 Following the most comprehensive planning effort undertaken in its 84-year history, the Water Environment Federation (WEF) announced a new strategic direction that emphasizes innovation and increasing awareness of the value of water as well as a continued commitment to supporting the expertise of the water profession. Highlighting a mission ‘to provide bold leadership, champion innovation, connect water professionals and leverage knowledge to support clean and safe water worldwide’, the new direction will capitalize on the organization’s strengths to champion sector-wide initiatives that improve water services through innovative practices and holistic water management approaches.

MIOX Corporation announced the renewal and expansion of its partnership with Colombian-based USA Global Market S.A. to include exclusive distribution of MIOX onsite water disinfection products in the municipal water and wastewater markets in 17 Latin American countries. USA Global Market has distributed MIOX products in Colombia since 2009 with growing success. Key installations include a water treatment plant near Medellin, Colombia that provides water for 800,000 residents and a MIOX installation with the Acueducto de Bogotá in the El Dorado plant, which services the city of Bogotá. The Acueducto recently purchased two large-scale RIO Grande™ units for Planta Wiesner, the largest water treatment plant in Colombia.

Wishing Well International Foundation (WWIF) announced that WWIF South Africa has been incorporated in Cape Town in an effort to make the work of the parent foundation more sustainable in South Africa. Corporate officers initiated the filing process that will expand the reach of the foundation and allow for tax-deductible fundraising in South Africa. Once the business model is tried and proven, it will be replicated in other countries for additional growth. The formation of WWIF South Africa will allow all of the H2O International’s franchisees in that country to participate and get involved with the charitable activities of the foundation.

Green Cross and Giorgio Armani are launching a new global campaign aimed at providing thousands of people in Africa, Latin America and Asia with safe drinking water. Armani’s Aqua for Life Challenge 2012 campaign will raise funds through the sale of perfumes and an online Facebook drive to install water supply systems in communities in Ghana, Bolivia and China through the Green Cross Smart Water for Green Schools project. The Challenge is being launched in response to the world’s water and sanitation crisis. This year’s Challenge will help Green Cross establish water systems for the first time in Bolivia’s Charagua area of the Santa Cruz region and China’s village of Heinigou in Yunnan Province.

Toray Industries, Inc. has won an order to supply RO membrane elements to the Tuaspring Desalination Plant in Singapore. The plant will have a water production capacity of 318,500 cubic meters per day (or 84 MGD), making it the largest in Asia. The plant is being developed by Tuaspring Pte Ltd (Tuaspring). Toray is scheduled to supply its RO membrane elements in 2012 and the Tuaspring Desalination Plant is expected to start operations in 2013.

The International Desalination Association (IDA) announced details of its inaugural set of courses and faculty for the new IDA Desalination Academy, which will officially be launched in conjunction with the 2012 Singapore International Water Week (SIWW). The courses will be presented July 4 and 5 in Singapore, to be followed by a behind-the-scenes tour of the SingSpring Desalination Plant on July 6. The Academy will offer eight half-day courses over two days – tailored to the participant’s particular interest – with the option to choose two courses from Day One or Day Two, or four courses over both days. Master teachers for these inaugural courses are Lisa Henthorne, Dr. Mark Wilf, Nikolay Voutchkov, David H. Paul, Dr. Corrado Sommariva and Leon Awerbuch.