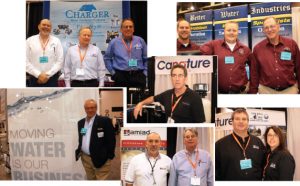 The National Ground Water Association’s 2011 Expo and Annual Meeting, held in Las Vegas, NV in December, produced record numbers for exhibitors (325). The number of visitors (4,267) made this the 14th best-attended event in its 63-year history, stronger than expected given the state of the economy. All sectors of the water treatment industry (water well drillers and contractors, manufacturers and suppliers, and scientists and engineers) were represented, as were all 50 states, the District of Columbia, Guam, Puerto Rico and 34 other nations. 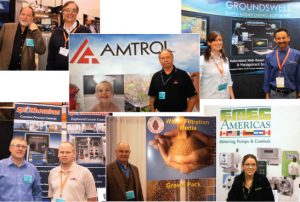 This well-planned event featured 80 hours of educational programming covering topics ranging from water well design and construction to groundwater sustainability and availability. There were also guest lecturers, a field trip, and work group sessions designed to aid in developing industry best suggested practices. The atmosphere was positive, upbeat and optimistic. Traffic was particularly heavy on the first day of the exhibition. Although slower on the second day, this did not diminish the enthusiasm of vendors and visitors in any way. Exhibitors noted the high-quality contacts and leads they acquired and business was brisk. 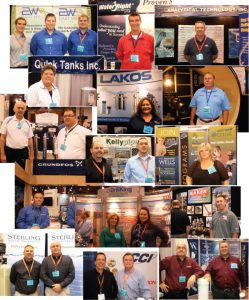 Many noted the need for continued education in all aspects of the water industry, as the economic decline that so badly damaged the industry promoted a high level of diversification. Michael Keen of Franklin Electric noted the company has been offering a broad spectrum of educational opportunities to raise the level of technical knowledge for the different aspects of water treatment. “It’s essential that companies make sure staff is well trained before jumping into other markets. Without that essential tool, success will be much harder to achieve.” 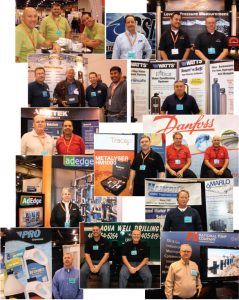 During the course of the general membership meeting on December 2, delegates voted to amend the Association’s bylaws to expand the number of voting directors on the national board from 16 to 19, and to allow directors from any of the four membership divisions to be elected by the Board of Directors to any board officer position.

The 2012 event will be held December 4-7 in Las Vegas and will move to Nashville, TN in 2013. “It was with some risk that we came two consecutive years to Las Vegas, but it seems to have paid off,” said NGWA Executive Director Kevin McCray, CAE. “Working with our industry partners helped the Association deliver a strong show for everyone’s best interests. I guarantee you there will be no letup from NGWA in terms of the effort made to have a well attended and well executed event.”