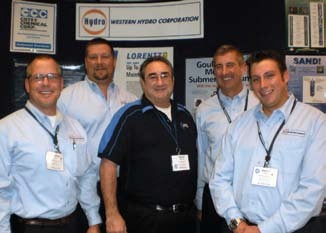 The California Groundwater Association kicked off its 2011 Annual Convention in Reno, Nevada on Wednesday, November 3. Although smaller than the National Ground Water Association annual convention (to be held at the end of November in Las Vegas) the 300+ attendees were pleased with the activities.

Thursday’s activities included a series of workshops and seminars that focused on wells, drilling and septic systems and finished with a Texas hold ‘em poker tournament. The exhibition opened on Friday with about 53 exhibitors, several floor demos and presentations, awards ceremonies and section meetings. Earlier in the morning, attendees were treated to several more seminars. I attended one on pump efficiency that was well presented by Tim Guishard, owner of Tim Guishard Enterprises of Alpine, CA. The presentation, which included the in-depth material, was both on point and easily understood. Guishard took time to answer questions and spoke with an easy geniality that made everyone comfortable. He has given presentations on pumps and efficiency at previous CGA events, with updated material as the industry evolves. 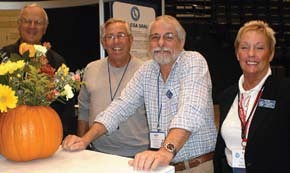 A few companies, such as Lakos Separators and Filtration Solutions, Cerus Industrial and A.Y. McDonald Mfg. Co. took the opportunity to launch new products. Many exhibitors were there to maintain their industry presence and several indicated they did gain new customers and contracts as a result of their attendance. Many of the manufacturers indicated they were optimistic or cautiously optimistic about prospects for the future. Some cited the housing market debacle as the biggest barrier to a consistent and sustainable increase in business. Still others indicated the regulatory climate was of great concern. As most of the exhibitors were from the state of California or doing business in that state, the restrictive nature of recent California legislation had some wondering if it would get worse.

Another concern voiced many times was the political climate and how that would possibly impact business in the near term. Many are taking a wait-and-see position before deciding the best course on which to proceed. Two exhibitors indi- cated their businesses were gaining rather than losing market share. Cetco noted an 18-percent increase in business over the past year and prospects that had the company hiring and looking forward to even better results in 2012.

Tibban MFG Inc. felt a sense of optimism for their products, as did Premier Pump & Supply, Inc. and National Pump Com- pany. Pace Supply was very upbeat about the new Performance Water Products water softener system they were featuring. Layne Christensen noted that there is a good measure of stability in the industry, with high hopes for better sales in the upcoming year. Matt McCroskey of McCrosco, a manufacturer representative for several companies, was often engaged in discussions with prospective clients about new products he was representing, including those of Shakti Pumps USA.

And what is a groundwater convention without the onsite wastewater industry? Septic Guy David ‘Kit’ Rosefield with the California Onsite Wastewater Association (COWA) acknowledged that changes in attitude will be necessary to help resolve some of California’s thornier issues. The association works directly with NOWRA, and Rosefield lectures on the subjects of environmental challenges that will require more cohesion in the broader water industry to overcome some related issues.

Most participants were involved in pump and drilling applications. They noted that clients have been cautious in their approach, deciding to renovate or remediate existing wells and pumps rather than choosing more expensive options. In addition, drillers indicated that regulations in California have made requirements for home wells an onerous burden for many. As with the water treatment industry, the lack of new housing and construction has taken a toll but not to the extent that recovery won’t be possible. Overall, the tenor of the conference was congenial and upbeat, in spite of the beating this segment of the water industry has taken over the past couple of years.

During the 63rd Anniversary Banquet, Dave Maggiora of Maggiora Bros. Drilling was honored with the CGA Hall of Fame Award (only two have been awarded). Laura Guardino was awarded 2011 Woman of the Year, Edd Schofield of Johnson Screens won Supplier of the Year and Jim Loughlin of Weeks Drilling and Pump was named the Contractor of the Year. A special Advocacy Award was given to Pete Conaty of Pete Conaty & Associates, the organization’s legal advocate. 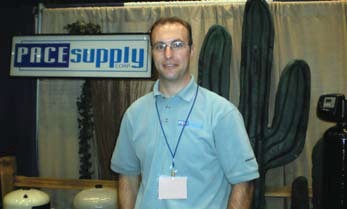 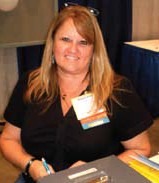 Saturday included more hands-on training sessions, seminars, a luncheon and finished with a blackjack tournament. Registration for 2012 was already underway and CGA expressed optimism that the industry will pick up, even if only slightly. Mark your calendar now for October 18-20 in Sparks, NV. We hope to see you there. 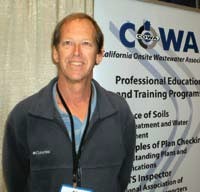 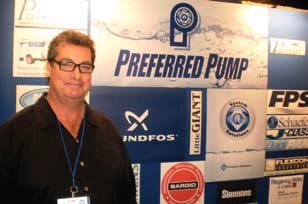 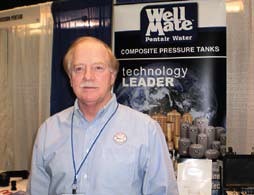 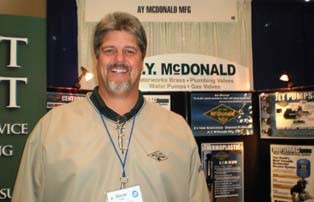 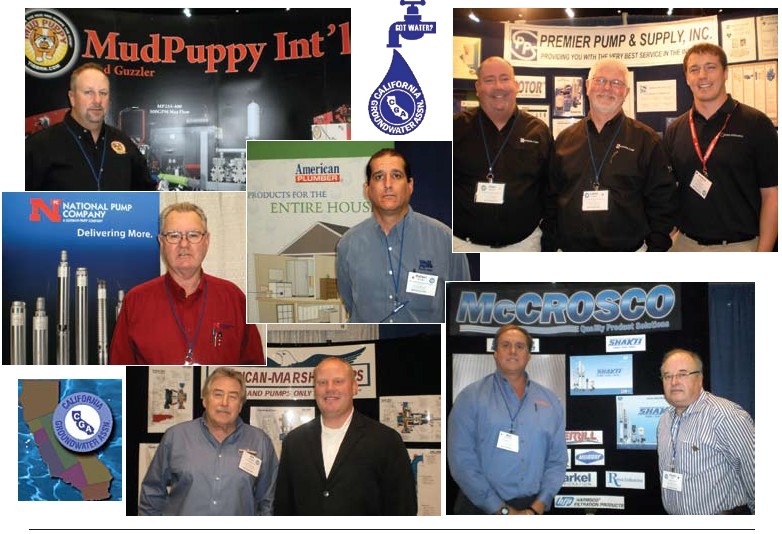