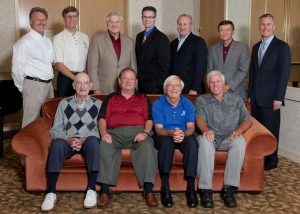 The very successful 2011 Pacific Water Quality Association Annual Convention and Trade Show was held in Irvine, CA in September. Some 50 exhibitors and 332 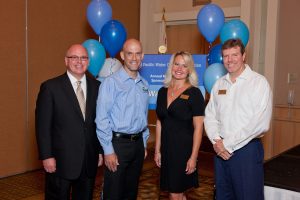 attendees took advantage of educational classes and meetings, including the only west coast presentation of WQA’s Basics of Water Treatment seminar and certification exams.

In his State of the Association address, outgoing President Frank DeSilva noted that “PWQA is forging ahead with our promotion of POU as the ‘final barrier’ of 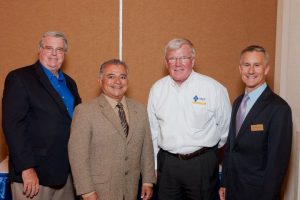 water treatment” and lastly that PWQA is reaching out to all western states to join our organization. Incoming President Martin Jessen talked about the need to proactively take steps to improve our products and services. 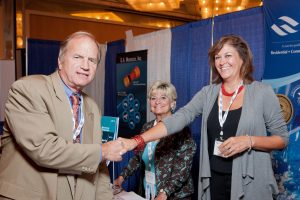 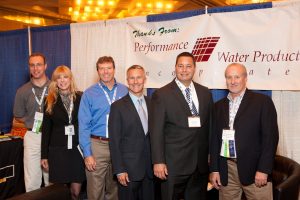 Golf, of course and awards!

And for the novel Helicopter Ball Drop, 500 balls were purchased. The $1,000 winner was ball #654, Mark Cervantez with Pacific Water Conditioning. 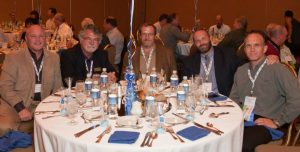 During the Banquet Dinner, the 2011 Special Service Award was presented to two very well-deserved companies, Pionetics and Water Techniques. Laurie Mecca and Joyce Takeda were honored with Carolyn J. Fahnstock Awards, while Pete Conaty and Associates was presented with the Sidney C. Solomon Award. Other highlights of the event were the Past President Breakfast, which was attended 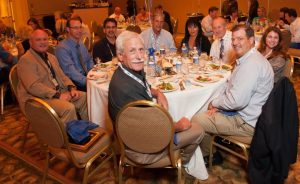 by a dozen PWQA past presidents and the annual Silent Auction. Sixteen donated items generated $1,133 in revenue. Looking forward to next year, PWQA has just signed a contract for the 2012 show, to be held October 9-12, 2012 at the Marriott, Burbank (CA) Airport. See you next year!