The 38th Annual TWQA Convention: The Results Are In 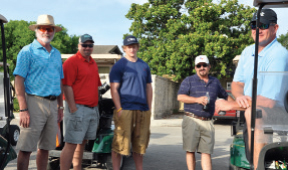 The Embassy Suites Hotel, Spa and Conference Center in San Marcos, Texas, was the site of the 38th Annual Texas Water Quality Association Convention and Exhibition July 13–16. This year’s Exhibition consisted of 35 companies offering a variety of products and services that benefit Texas dealers. If you missed the event you missed seeing new products and the opportunity to get face to face with the company representatives. Thank you to all of the exhibitors who support TWQA! You guys are great! There were approximately 280 attendees at the four-day event, which began on Wednesday with the Board of Director’s Meeting in the afternoon and concluded with the President’s Welcome Reception that evening. Good food, good drinks and great friends – what a way to kick things off! 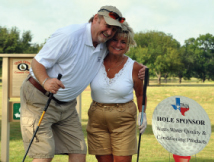 This year, the Convention Committee incorporated a Thursday afternoon Business Session into the schedule. Tim Miles, Wizard of Ads, gave a two-hour session on advertising dos and don’ts and the session was so well received that he continued for an additional 45 minutes answering questions and addressing specific problems. It was followed by a Dealers Round Table discussion, which offered the opportunity to gain knowledge and ideas from all of the other TWQA members. 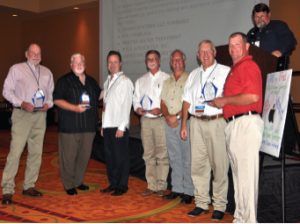 Thursday evening concluded with the Annual Awards Banquet, which was hosted by the 2011 Convention Committee Chairman and incoming TWQA President Bill McGraw, and was attended by 160 people. The event began with a cocktail reception, which included music by Sid Fly. A special thank you to Sid for adding his special touch to the event. This year he entertained us with yet another instrument – the banjo. What a talented man! In addition to the musical talents of Sid Fly, attendees were entertained by comedian Scott Woods. He made us laugh and seemed to find one particular attendee very interesting. I am sure Mr. Woods left with some new material for future shows based on his interactions with our group! 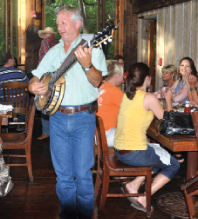 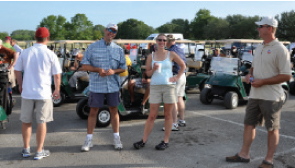 Culligan Southwest, Inc. (San Antonio) donated an iPad2 for the rafflel in which all proceeds would benefit the Water Quality Research Foundation (WQRF). Tickets were sold throughout the convention. In addition to the raffle proceeds, Jo Grace donated two bottles of wine at the banquet to be given to the table that purchased the most tickets. Bob Shelton’s table won the wine but David Humphries won the iPad. A total of $2,612 was raised for WQRF!

David Loveday of WQA, guest speaker during the General Session, brought the membership up to date on the current issues being addressed by WQA on their behalf. The work that WQA does benefits all water treatment dealers so everyone needs to support them and their efforts. Thank you, for taking the time to come and take part at the TWQA Convention. We appreciate it! Immediately following the Annual Meeting, new officers and the 2011–2012 Board of Directors were introduced. Sworn in were Bill McGraw (President); Kelly Parks (President-elect); John Blount (Secretary); Greg Gayler (Treasurer); Alan Branson (Immediate Past President); Bill Hall, Jr. (Supplier Representative) and Directors Leon Chester, Kurt Denson, Ron Dobbs, Richard Grace, Ryan Lessing, Don McGhee, Brian Rose, Robert Shelton and Richard Wright.

This year the Convention Committee worked hard to provide good business and technical sessions, and based on the response, we succeeded. Thank you to all of the speakers – you were fantastic! This was the seventh year that I have had the pleasure to put the TWQA Convention together and I continue to learn new things each and every year. Putting on a convention of this magnitude can’t be done without the help of a lot of people and TWQA is very fortunate to have some of the best helpers around. Thank you to the Board members who spend their time and money to promote TWQA all year long. Their input is invaluable! Thank you to my helpers at the registration desk: Lisa Sanders, Sally Hanson and Jo Grace. Great job ladies!!! Thank you also to my husband Rick, for all his help with the projectors as well as taking the pictures, and last but not least, thank you Tate Burkhart for your assistance with the slide show at the banquet. Please feel free to contact me with any ideas, suggestions or constructive feedback you may have. Remember – I cannot fix it if I don’t know it is broken!

The 39th annual TWQA Convention & Exhibition will be held at LA Torretta Lake Resort & Spa On LAKE CONROE. This is a great venue for you to bring your family so mark your calendar now, July 11 – 14, 2012.