Soft Water, A Continuing Evolution: What Are You Selling? 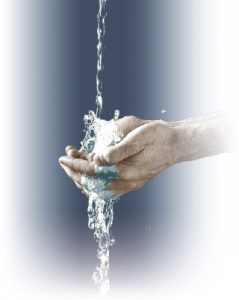 Stated simply, hard water is water that is hard to lather, and soft water isn’t. A more accurate definition of soft water describes the physical removal (to less than one gpg in most cases) of calcium and magnesium salts.

Salt-based ion exchange technology was first broadly applied to residential water softening in the post-world war II era and has become the gold standard by which all other technologies are judged. The first residential water softeners were of the portable exchange type, where soft water men delivered tanks loaded with sodium-charged zeolite mineral that was able to soften water. The schedule for tank exchange was determined by field-testing water hardness levels and then guessing the household’s average daily water consumption.

Innovative soft water dealers soon realized that the portable exchange model was flawed and quickly evolved to supply ’regenerate in place’ systems. A removable lid was incorporated into the tank, whereby homeowners could load their own salt regenerant dosage into the system, and then flush the accumulated hardness and regenerant residual down the drain. This was more convenient for the dealer, but not necessarily for the homeowner, since they were periodically opening a pressurized vessel and exposing their family to the inevitable bacterial and leak liabilities. Technology again offered a solution, an eductor assembly and manual valving nest that allowed the homeowner to regenerate the system themselves from a stored brine tank of salt. Regeneration schedules were based on when the water ’felt hard‘ or based on a calculated time interval recommended by their dealer.

As Americans became more affluent, their time became an increasingly more valuable commodity and manufacturers introduced the automatic water softener, a system that incorporated a mechanical timer and automated regeneration assembly. This simple technology was truly revolutionary in its day, saving people time and coming closer to the goal of ensuring continuous delivery of soft water to the home. These day-timer systems were so simple, reliable and intuitive that many homeowners still buy them today in areas where their use hasn’t been completely outlawed, yet.

The 1970’s ushered in an era of increased awareness of environmental issues and the market demanded a more efficient solution than merely guessing on which day of the week to regenerate the softener. Residential softener manufacturers began marketing ’upflow’ (counter-current) regenerated softeners that induced brine into the softening tank opposite the service flow, allowing for a more complete cleaning cycle, as well as squeezing further efficiency out of the synthetic gels resins. Upflow regeneration technology (when properly deployed) provided significant salt-savings as well as improved water quality.

The mechanically metered water softener was introduced to allow dealers to program water softeners with a gallon capacity, based on their most recent water test data. The system was then able to monitor water consumption and clean on demand, saving salt and hassle. As with all analog systems, the mechanical meter contained numerous gears, which contributed to system complexity and increased the likelihood of mechanical failure. (These cheap, metered controls are still sold in many areas where dealers put profits ahead of environmental efficiency.)

The 1980s brought cost-effective microcontrollers and hall-effect sensors to the industry, allowing one-piece flow meters and improved control and flexibility, especially over reserve capacities. (Since water softeners are taken offline or bypassed during regeneration, it is important to regenerate during a time when most occupants of the home are unlikely to be using water to protect from hardness bleed through.) The industry decided that 2 a.m. was a good time for this operation since most people would be asleep. To allow for sufficient softening capacity, the reserve was calculated to predict how much water would be used by the household during an average day. Formulas for the perfect reserve, still the subject of spirited debate amongst soft water technicians and dealers, were created. Innovative manufacturers introduced algorithmic advances, like adaptive and floating reserves, that adjusted over time, based on the measured average daily water consumption in the home, eliminating much of the guesswork involved with standard calculations. Proportional, variable, and fractional brining software further enhanced single-tank softening efficiency; salt dosages could be precisely calculated to use only the exact amount of salt required for each regeneration cycle. Manufacturers and software developers infused significant investments of time and money into making this software as efficient and user-friendly as possible, within the limits of best-guess methodology.

Salt-based ion exchange systems soften water very well, and depending on the characteristics of the ion exchange resin used, will also remove certain other metallic ions like iron, copper, zinc and even lead. Because water utilities and private wells do not provide consistent raw water quality to the home, it is not uncommon to see water hardness levels fluctuate throughout the year. Certain areas in the US will see hardness levels fluctuate from as low 10 gpg (174 ppm) to 40 gpm (696 ppm) in very short periods of time. Extreme variations like this as well as common seasonal fluctuations make it difficult for a water dealer to provide consistent water quality while maximizing salt efficiency. The homeowner and dealer must then test the water every week and recalibrate the system, or set the capacity to a best-case scenario, which will either waste salt or provide inconsistent water quality.

Many patents exist for sensor-based softeners, where the water softener either senses a change in water quality or resin charge condition. Some sensor designs work well, automatically adjusting the system capacity once a hardness front reaches the sensor, but it is essentially closing the door after the horse has left the barn when deployed on a single tank system, because it has to wait until the designated regeneration time before cleaning itself.

Recent innovations include softeners that incorporate twin-tank technology, upflow regeneration and resin exhaustion sensors. These systems are built utilizing the best the industry currently has to offer: redundancy, intelligent sensing and efficient regeneration. This configuration might become the new gold standard for performance, consistency and efficiency in the 21st century; only time will tell.

Disruptive technologies like electro-deionization (EDI) and capacitive-deionization (CDI) are starting to become available at an affordable level for home use. Prominent manufacturers, as well as small boutique-designers, are working feverishly to be first to market with a reliable product that will produce sufficient flow throughput at a price point to be viable for residential deployment. It is not inconceivable that these technologies will provide water as good as or better than salt-based ion exchange through the use of electricity within the next five years.

About the author
Greg Reyneke, CWS-VI, is currently General Manager at Intermountain Soft Water in Lindon, UT and serves on the WC&P Technical Review Committee. He also serves on the advisory board of the Smart Dealer Network, a trade association dedicated to helping independent water treatment dealers succeed in today’s changing world and reach their full potential.