Tornado in Joplin: Culligan GM Reports on the Aftermath 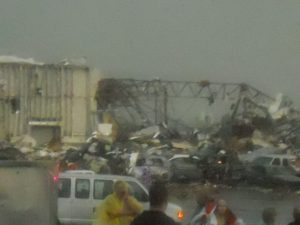 Joplin, Missouri is a nice, scenic little city of about 50,000, just across the state line from Miami, OK. On the northern side of Interstate 44, Culligan of Joplin (owned by C. R. Hall) sits undisturbed by recent events. At least on the outside. 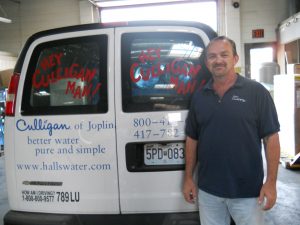 Following the massive tornado outbreak in Alabama, nobody seemed to be able to comprehend the range of devastation that was inflicted across the US due to weather anomalies. Not even the residents of Tornado Alley, who are accustomed to super-cell storms, odd-colored skies and ominous anvil cloud formations, could grasp the continued onslaught. Then on May 22, Joplin was spun out of control in the deadly grip of an EF5 tornado. Half a mile wide and six miles long, the scarred path of the tornado actually looked like it had been bombed. 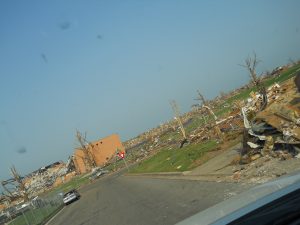 Rescue and recovery began quickly to minimize the dangers of a world turned upside-down on itself in one of the most violent episodes in the region’s history. People emerged from their safe areas to find a foreign landscape, one that had to be dealt with immediately. Within minutes after the tornado passed, makeshift crews began to clear the roads for emergency personnel. “We don’t wait for the government,” says Tim Weathers, General Manager of Culligan of Joplin for the past six years. Heroics and heartache punctuated the new reality of Joplin. 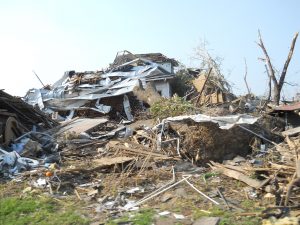 Although the business was unscathed, Weathers’ apartment building was hit and suffered roof damage. Other staff members and their families were not so fortunate. Office Manager Sheri Black lost her home and a car. Route driver Bill Harper’s family had to face even more destruction. Both his aunt and mother-in-law lost their homes. “We all have friends, neighbors, church, family, or just acquaintances that have had their lives changed completely,” said Weathers. “Our team has pulled together to get our work done here, as well as help those people that are in our hearts and minds. It has amazed me, the sincerity of taking care of ‘all’ along with the ‘few’ who have suffered so much more.” 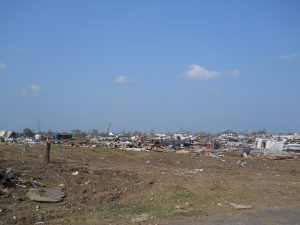 The US Army Corps of Engineers spokesperson recently estimated that there were 300 cubic yards of debris to be disposed of, or enough to rise 200 feet above the Empire State Building, and probably more than was at Ground Zero. By June 8, much of the debris had been cleaned from the streets. The people of Joplin began their own recovery as soon as the last vestiges of the storm passed overhead. For Weathers, that was the ultimate sign of community. 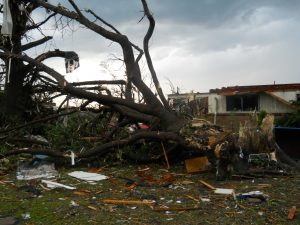