Liezel Maree has joined the Wishing Well International Foundation Operations – Africa team as VP of Marketing, Fundraising and Special Events, with responsibilities that include creating a plan to launch fundraising efforts for the benefit of South Africa and surrounding countries. Maree’s experience and training includes sales and marketing in the aviation industry, helicopter pilot, field guide in African expeditions, first aid paramedic, photography and humanitarian aid; her passion is humanitarian aid and emergency medical care and rescue. She has experienced first hand the need for safe clean water in many areas throughout the continent. Maree is very passionate about helping others and is very excited to make Wishing Well’s mission to bring clean safe drinking water to developing areas her own mission. She currently runs and operates two of H2O International’s franchises in Sandton and West Rand, respectively. 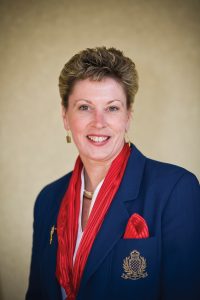 Barbara C. Higgens, Plumbing Manufacturers International’s (PMI’s) Executive Director, has been recognized with a Crystal Vision Robert T. Atkins Life Time Achievement Award. World Vision presented the award during the Kitchen and Bath Industry Show in Las Vegas, NV. Higgens will be the third person ever to receive the Life Time Achievement Award, which honors individual dedication to World Vision’s mission. For more than a decade, Higgens has championed The Storehouse of World Vision, which addresses the needs of Americans suffering from disaster, personal crisis or economic hardship. 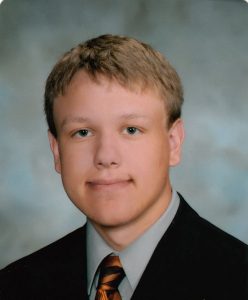 The National Ground Water Research and Educational Foundation has awarded $20,000 (USD) to seven students from its Len Assante Scholarship Fund. Each recipient will be entering a field of study that serves, supports, or promotes the groundwater professions. William Reichart III, of Hanover, PA, received $4,000 with the Past President’s Award, the top scholarship presented to the most qualified applicant. Reichart is undecided about what college or university he will attend.  The other recipients are Norman Harris IV, Gilford, NH, Worchester Polytechnic Institute, $4,000 for the Ora Lyons Scholarship; William Pearson, Lake City, MI, Michigan Technological University, $3,000; Thomas Palmieri, Covina, CA, University of Southern California, $3,000; Erik Cadaret, Trabuco Canyon, CA, California State University, Fullerton, $3,000; Sebastian Teas, Zanesville, OH, Muskingum University, $2,000 and Bryce Kober, Kansas City, MO, University of Missouri, $1,000. The scholarship awards have been made for more than 30 years. To learn more about the Len Assante Scholarship Fund, visit www.ngwa.org. 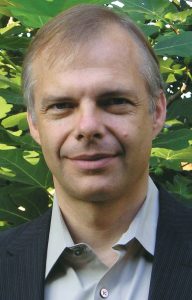 The National Water Research Institute (NWRI) announced that environmental engineer Mark R. Wiesner, Ph.D., P.E., the James L. Meriam Professor of Civil and Environmental Engineering at Duke University, will be the 18th recipient of the NWRI Athalie Richardson Irvine Clarke Prize for excellence in water research. Wiesner was selected because of his groundbreaking efforts and leadership in improving water quality through advancements in membrane and nanotechnology research. Consisting of a gold medallion and $50,000 (USD) award, the Clarke Prize is given out each year to recognize research accomplishments that solve real-world water problems and to highlight the importance of and need to continue funding this type of research. 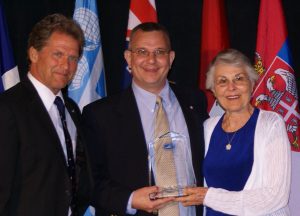 The International Swimming Hall of Fame (ISHOF) conferred the 2011 G. Harold Martin Award to Robert ‘Bob’ Ogoreuc, President of the National Drowning Prevention Alliance (NDPA) at a May 7 awards ceremony in Fort Lauderdale, FL. The award is given annually to an individual who exemplifies “long and exceptional leadership, insight and dedication to the water safety of children and the cause of making ‘Every Child a Swimmer.’” Ogoreuc has worked with the Ocean City Beach Patrol, the American Red Cross and numerous other organizations to promote swimming and to train others in water safety and rescue techniques. 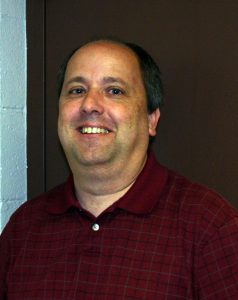 Marlo Incorporated recently hired application engineer Keith Rosinski, formerly the Senior Commercial/Industrial Product Manager at Culligan International. He brings over 30 years of water treatment experience to the company. Rosinski managed Culligan’s C/I product lines for the past seven years and has over 16 years of application engineering experience. He will use his extensive knowledge of the C/I market needs to specify equipment and systems for the Marlo Incorporated sales staff, the dealer network and design engineering firms. 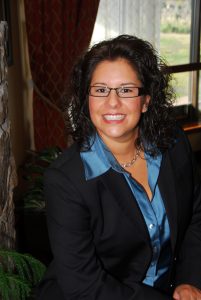 The National Swimming Pool Foundation® (NSPF®) Board of Directors has appointed Franceen Gonzales, Corporate Director of Aquatics for Great Wolf Resorts, Madison, WI and Dr. Anita Sayed, President and CEO of Colorado Time Systems, Loveland, CO to the Board. Gonzales is a well-regarded strategic executive and advisor, with extensive US resort experience in sales and marketing, safety, maintenance, revenue and operations. She has guided the industry in her role as the Chair of World Waterpark Association Board of Directors, as well as in critical safety committee work. She chairs the ASTM F24.70

Subcommittee, which writes safety standards for the amusement industry, and is a member of the International Association of Amusement Parks and Attractions. Sayed, an experienced and savvy executive who has started a total of five businesses (the first while still a student) has served with 40-year old Colorado Time Systems for a decade. She brings excellence in business and understanding of the export world. Sayed is recipient of the MIT Entrepreneur award as well as the federal government’s small business award for Excellence in Export. She was also a member of the US trade mission to Japan during the presidencies of Ronald Regan and George H. W. Bush.

Gail F. Phifer, long-time Media Specialist for Tomlinson Industries, died April 10 in Hinkley, OH. Her husband of 46 years, Roy, and her parents, Robert and Lucile Broa, preceded her in death. Phifer joined Tomlinson Industries in 1999, where she coordinated and scheduled the company’s media advertising program. Prior to joining Tomlinson Industries, she was a media specialist at Baron Advertising. Phifer is survived by three children, four grandchildren, one great-grandson and one sister. Services were held April 15 in Hinkley, followed by interment at Hope Memorial Gardens.