A near-total lack of scientific documentation of water softener benefits did not stop the steady growth of the ion-exchange water softener industry over the last century. Though not previously quantified and verified by convincing laboratory testing, the ’soft life‘ benefits have been very demonstrable and successfully presented by thousands of water treatment dealers. Still, a convincing body of documented proof had been missing — until now. The Water Quality Research Foundation (WQRF) has released two case-closed studies on the positive relationship between soft water and detergent use, which are the definitive documentation the industry previously lacked. The studies are companions to the landmark Battelle Institute study on energy savings generated by soft water, introduced more than a year ago. Pauli Undesser, CWS-VI, Director of Regulatory and Technical Affairs, reported on the previous study in “Softened Water Benefits Study: New Reports Related to Detergent and More Energy Savings” (see WC&P, March 2011).

A new series of ads available for order by WQA member dealers can be easily accessed in the Members Only section of the Association website. They dramatize the individual and collective benefits documented in the compete research report found in the same section of the site. All four new ads were first presented at WQA Aquatech. The keynote address, Market the Research, was presented by Pauli Undesser, Eric Rosenthal, Sr. VP, Marketing for Culligan International, and Bret Tangley, CWS-VI, President of Sterling Water, Inc.,. The full-page ads are expected to run through the year in the three industry trade publications primarily focused on water softening market.

In addition to the 8-1/2″ x 11″ ad size represented here, all four ads will soon be available in fractional ad sizes for online order from the Marketing Support Center (see Image 1). The ads plus sell sheets, postcards, and large-format posters for showrooms and home shows can also be customized with dealer identity elements, and ordered online. 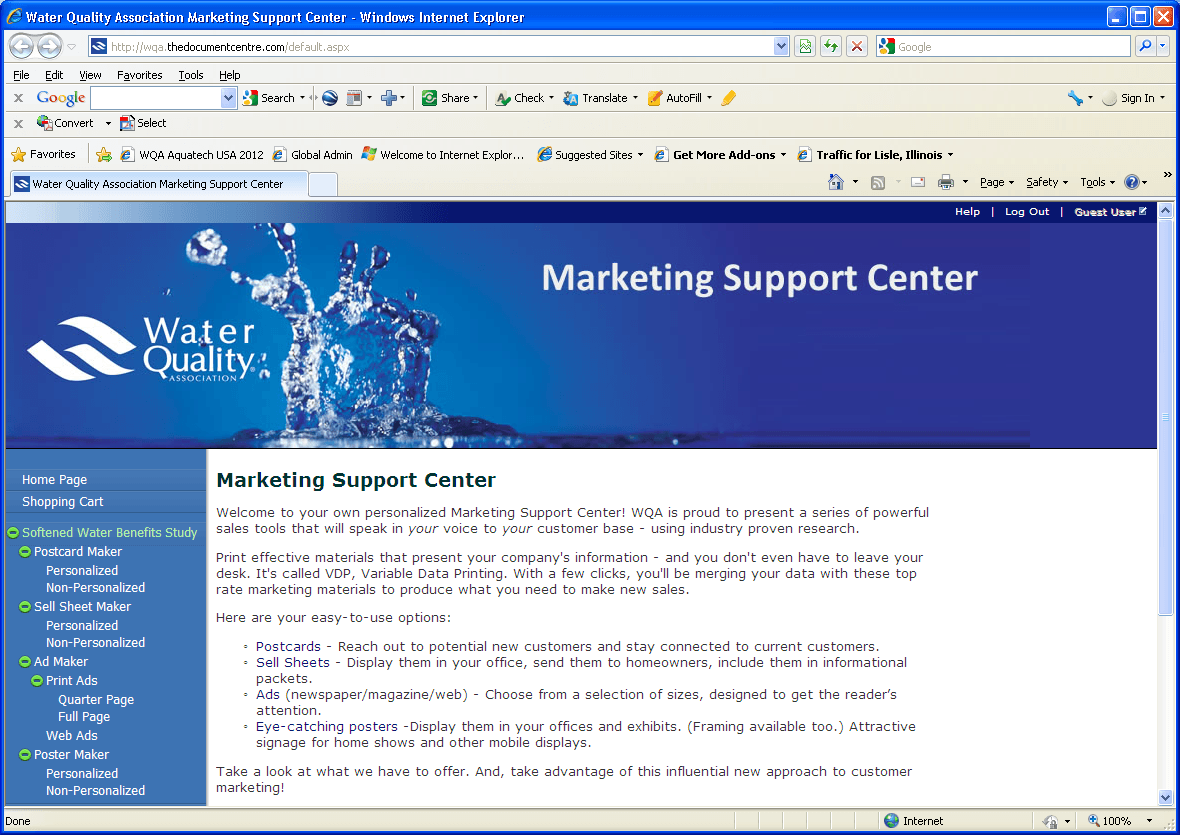 The new WQA Survey updates previous studies and is available to member dealers on the website. It reports the findings of a national telephone survey conducted by Applied Research-West, Inc., between January 27 and February 11. A total of 1,012 adults over the age of 18 and living in private households were interviewed. The results highlight growing interest in POU drinking water. Fifty-four percent were concerned about health contaminants in tap water and bad taste associated with tap water. Dealers, who are perceived as water quality experts in their communities, are urged to reprint the survey and share the information with customers and prospects via local press releases, as well as part of their sales presentations and community outreach efforts. 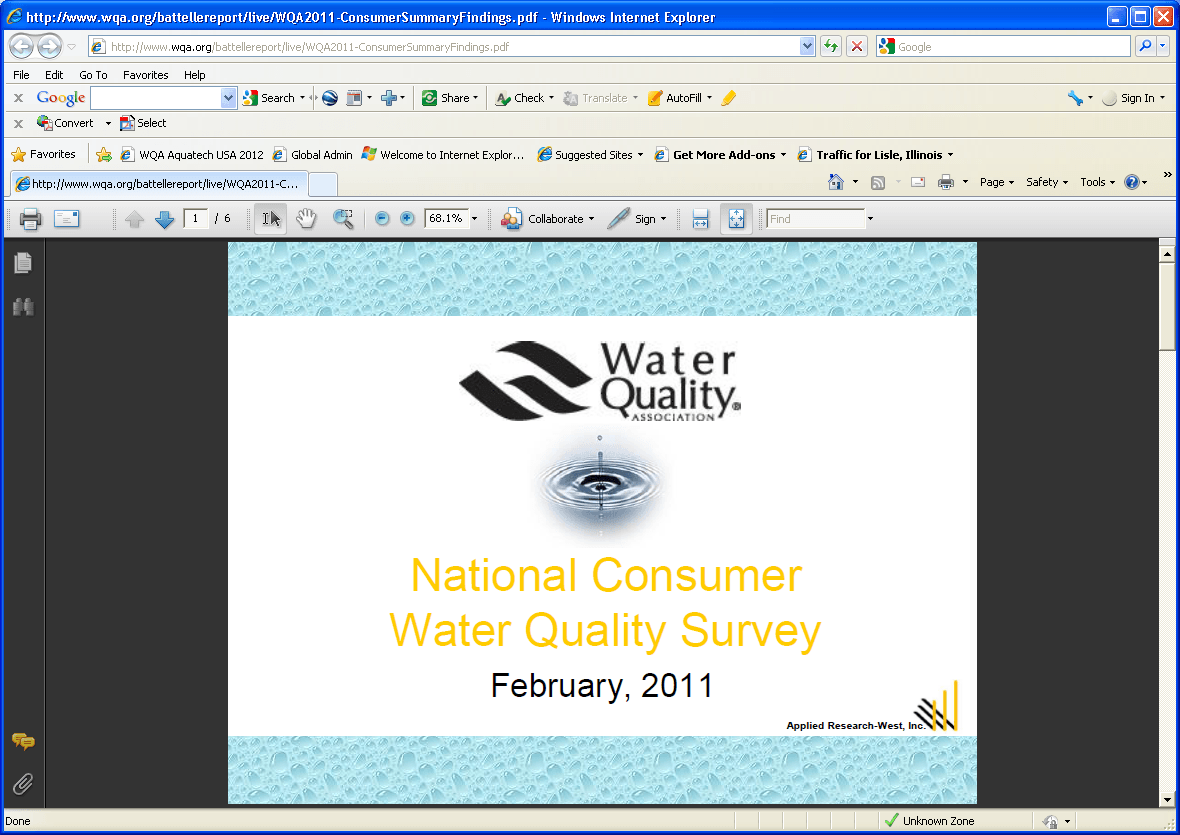 WQA Executive Director Peter J. Censky noted that the two new softener benefits studies prove that consumers can cut back on dish and laundry detergent use by 50 percent or more. They may also lower washing machine water temperatures from hot to cold without losing cleaning power.

“The benefits of softened water in people’s daily lives are significant,” said Censky. “These studies show how consumers can save money and energy by softening their water.”

The results show that softened water might not only save consumers money, but could also be environmentally friendly, Censky added. They can reduce reliance on polluting fuels because of energy savings, and help cut back on harmful detergents going into water streams.

The researchers used varying levels of hardness and several different name brand detergents in both washing machines and dishwashers. It was found that significant savings was achieved for all levels of hardness, even hardness as low as five grains per gallon. The laundry study looked at stain removal, putting into the machines half of to full-recommended levels of detergent. Water hardness ranged from none to 30 grams per gallon, and wash temperature was 60, 80 and 100°F. It was found that using softer water is better at removing stains than increased water temperatures or added detergent.

Notably, softened water with the least amount of detergent and lowest temperature actually provide a higher degree of whiteness as compared to increased hardness combined with high temperature and larger amounts of detergent.

The dishwasher study included tests that removed difficult soils, in addition to evaluating spotting and filming. Researchers found that softened water, using almost 30 percent less detergent, cleans as well as water at 10 grains per gallon hardness level. The detergent savings rises to nearly 70 percent when comparing softened water with water at a 25-gpd (94.6-liter) level. The relationship between detergent and hardness was investigated with two consecutive wash-dry cycles for spot and film. One detergent was evaluated for five cycles to ensure that effects did not change with an increased number of cycles.