POU plumbed-in mains water coolers have emerged as a key competitor to bottled water coolers in the US, increasing their share of the overall cooler market to 14 percent in 2009. According to new research from Zenith International, the number of POU water coolers installed had reached 700,000 by the end of last year, up eight percent in December 2008. Zenith forecasts that the market will be close to 1.3 million units by 2014, taking POU towards one quarter of the combined bottled and POU water cooler market. Increasingly, health concerns have entered the equation, resulting in a broad spectrum of companies to grasp at the opportunity. Out of the 700,000-unit total in 2009, 75 percent were in offices and seven percent were based in factories, hospitals, schools and universities, with homes and other locations making up the remainder.

A proliferation of ecolabels, unsubstantiated claims or ‘greenwashing’ and the lack of consensus regarding how green or sustainable products and services are evaluated have led to confusion and mistrust among buyers. To defend against the tide of greenwashing, NSF International has developed a comprehensive Sustainable Product Assurance program to help measure and verify the environmental and social claims of products. The program also demonstrates compliance with the Federal Trade Commission’s (FTC) recently revised Green Guidelines. 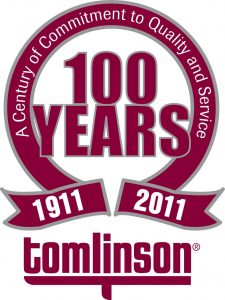 Tomlinson Industries of Cleveland, OH will celebrate their 100th Anniversary in 2011. Tomlinson Steam Specialty Co. (TSSC), founded by A. E. Tomlinson in 1911, represented a line of steam valves. He purchased the patent for ground plug faucets from Gustave Mueller and started the Tomlinson No-Drip Faucet Company to manufacture and sell these faucets around the US. Due to extensive diversification, the company has grown into three product divisions: The No-Drip® Faucet Division, Modular® Dispensing Systems and The Foodservice Products Division.

Mar Cor has signed a beverage project development agreement with Lyons Filter (Frederick, CO) to jointly pursue projects in the beverage market. The agreement will combine the strengths of both companies to supply custom turnkey water systems to beverage customers in North America for both Purified Water as well as carbonated soft drink (CSD) production.

A new poll of factory executives, supervisors and engineers conducted by the Fabricators & Manufacturers Association, International (FMA), indicated more than 72 percent of manufacturers surveyed at the FABTECH trade show reported business is either much better (31 percent) or somewhat better (41 percent) in 2010 as compared to 2009. Another 18 percent said business was neither better nor worse and only 10 percent said it was worse. Nearly half of the respondents said their companies added permanent full-time staff in 2010 and another 30 percent hired temporary workers to handle the increased manufacturing work. Some 17 percent said although no new employees were hired as of yet, the current staff is working additional hours.  Eleven percent reported no staff cutbacks and a mere three percent said their firms have laid people off in 2010.

An all-time record number of exhibiting organizations participated in the 2010 Ground Water Expo and Annual meeting in Las Vegas, NV in December. The 320 exhibitors tops the old record of 316 set in 2006, also in Las Vegas. This year’s exhibitors occupied 68,000 square feet (6,317 m2) of floor space. Thirty-four new exhibiting companies were present. In all, more than 80 hours of continuing education were available

LabStrong Corporation recently completed construction on a new sales, production, and distribution facility near the Dubuque Industrial Park West (IA). The new facility, adjacent to LabStrong’s previous location, opened in November 2010, tripling the previous space. It will provide the company with new offices, cutting-edge R&D spaces, a much larger production area, warehouse storage and a state-of-the-art production facility to build and test systems more efficiently and continue development of new standard laboratory and OEM products. Additionally, there is ample space for management, engineering, and customer service.

Worrell Water Technologies’ Living Machine® system was selected by the US General Services Administration (GSA) to be featured at one of the country’s largest land border control crossings, located in Otay Mesa, CA.  A custom designed system will provide on-site wastewater treatment and water reuse.  In early 2010, Nevada architecture firm Tate Snyder Kimsey recommended the Worrell system to GSA as a way to promote green technology innovation. It will now be part of the new 24×7 facility at that port of entry. The system will take grey and black water from the facility and purify the water through its advanced wetland system, composed of three different wetland processes treating up to 1,500 gallons (56,781 liters) of wastewater per day.

Canadian tradeshow up in attendance

At a time when many North American trade shows are experiencing declining exhibitor participation and delegate attendance, the recent CIPHEX West trade show and conference in Calgary, Ontario bucked the trend. Produced by the Canadian Institute of Plumbing & Heating (CIPH), the event attracted almost 3,000 industry delegates in November.  Attendees came from across Alberta as well as Saskatchewan, Manitoba, British Columbia, Nunavut and the Northwest Territories.

The winners of the journalism contest Water: The Most Essential of All Natural Resources, organized by AMBEV and IPS Inter Press Service, were announced by a three-member panel of judges. The five best pieces were written by journalists from Argentina, Brazil, Mexico and Venezuela. Marina Aizen, a reporter for Viva Magazine took top honors with Y sigue haciendo agua (Still Treading Water) and will receive a $5,000 (USD) prize. The article, which deals with the pollution of Argentina’s Riachuelo River, was selected from a total of 218 stories submitted in the competition. Second place, with a prize of $ 3,000, went to Mexico’s Liliana Guadalupe Chávez for Esto no es una pipa (This Is Not a Pipe), which focuses on poor water supply and the corruption and political debates that surround the issue, published by the Mexican magazine Chilango. Third prize, also worth $ 3,000, was awarded to Mabel Sarmiento, of Venezuela’s Últimas Noticias newspaper, for her series of articles on the Guaire River cleanup project. The fourth prize went to Flávia Junqueira for Vingança do Sarapuí (Revenge of the Sarapuí River), featured in the Brazilian newspaper Jornal Extra. The fifth prize was awarded to Argentine journalist Federico Guillermo Pedro Trofelli, for a report published in the newspaper Diario Tiempo Argentino under the title Uno de cada diez argentinos toma agua contaminada con arsénico (One Out of Ten Argentines Drinks Arsenic-Contaminated Water). No monetary awards were given for fourth and fifth prizes. All the winning pieces will be featured in a book to be published shortly.

Severn Trent Services – Apliclor in Spain has successfully expanded the scope and geographic range of its services over the past 18 months, now conducting 35 percent of its projects in foreign countries. Barcelona-based P.S Apliclor, S.A was acquired by Severn Trent Services to expand the Spanish and southern European market for TETRA® wastewater filters and to develop relationships with large Spanish consultants and contractors operating worldwide. The company was also awarded a contract to supply the country’s largest electrochlorination plant. The €490,000 ($676,790 USD) contract will improve water management for reservoir 118 at Tarragona, which supplies more than 140,000 residents of the regional capital with drinking water.

Amiad Filtration Systems announced that the high pressure filtration system for the irrigation installation it built for the Mei Gat- Lower Galilee Water Cooperative Society, Ltd. is now fully operational. The new system will provide secondary treatment filtration of wastewater for use in irrigation across Northern Israel. The Mei Gat system is unique in that it has to provide clean water for irrigation over a wide spread area as well as provide filtration for water at a pressure of 25 bar. Most systems do not require more than 5 or 6 bar. Amiad also announced it has acquired the remaining 50 percent of its Chinese subsidiary, Yixing Taixing Environtec Co. Ltd., for $3.1 million (USD). Yixing Taixing Environtec Co. Ltd.’s current management team, led by Deputy Chairman Mr. Bolong Hsu, will remain in place, ensuring a smooth and seamless transition

Water Expo China, the only water industry exhibition in China sponsored by its Ministry of Water Resources and approved by the Ministry of Commerce, has signed an agreement with the Membrane Industry Association of China (MIAC) to co-organize the 2011 show.  Scheduled for October 13-15, MIAC will join Messe Frankfurt (Shanghai) Co. Ltd. and the Chinese Hydraulic Engineering Society (CHES) as a co-organizer. The show will be known as Water Expo China + Water Membrane China.

The four-day 5th Eco Expo Asia at AsiaWorld-Expo, Hong Kong hosted 266 exhibitors from 19 countries and regions and received 8,011 visitors from 62 countries and regions. Among these 2,775 were from overseas. The top 10 visiting countries and regions by volume were the Chinese mainland, Canada, the US, Macau, Japan, Korea, Hungary, Thailand, Australia and the Philippines. Exhibitors commended Eco Expo Asia as an excellent channel for meeting quality buyers from around the world. Over the years, the scope of Eco Expo Asia has become increasingly more international. The fifth edition featured 10 national and regional pavilions. Over 40 buying missions representing more than 1,000 delegates visited the fair. Exhibitors were impressed by the quality and relevancy of the visitors.