In keeping with a national push to bring greater energy efficiency to wastewater treatment plants, a Pennsylvania facility used data loggers to analyze motor utilization, a first step toward cutting energy costs and meeting environmental rules. Upper Allen Township conducted an audit of motor run times using data loggers on existing equipment at their wastewater facilities. The goal was to gather information that would help the facility choose new technologies and processes that reduce energy intensity and nutrient flow. 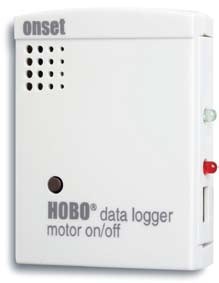 Importance of upgrades
The decision to improve the plant’s efficiency reflects a national movement to reduce consumption at wastewater facilities. After labor, energy is the highest expense at the 15,000 publicly owned wastewater treatment plants, which serve about 70 percent of the US population, according to the Consortium for Energy Efficiency (CEE). The facilities account for as much as 35 percent of the energy used by some municipalities. As a result, several towns and cities are directing funds from the American Recovery and Reinvestment Act (ARRA) toward wastewater treatment improvement. Upper Allen Township applied for a portion of the $2.2 million (USD) in ARRA funds received by Cumberland County, but was unsuccessful in securing funds due to the over- whelming number of requests the county received for funding. 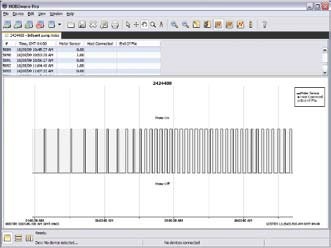 system treats between 500,000 and 700,000 gallons (1,892,705 and 2,649,788 liters) of wastewater per day. The non-SCADA treatment plant (most recently expanded and upgraded in 1990) uses a sequencing batch reactor (SBR) system with aerobic digester(s). The facility is scheduled for additional improvements in 2010-11 to meet anticipated new National Pollutant Discharge Elimination System (NPDES) permit discharge requirements in connection with the Chesapeake Bay Tributary Strategy. Streams in Cumberland

County flow into the Susquehanna River, which in turn feeds into Chesapeake Bay. The river has been deemed a major source of nitrogen, phosphorous and sediment found in the bay. As a result, US EPA has devised a ’pollution diet‘ for the bay. To that end, Pennsylvania wastewater treatment plants must cap their nutrient flow into Susquehanna tributaries to win approval as their permits come up for renewal.

Data loggers reveal inefficiencies
Studies estimate that potential exists to reduce energy use 15 to 30 percent at US wastewater plants. The extent of savings depends upon the facility size, type, technology and regional operating conditions. Motor replacement might reduce energy use about two percent, while modifications in process control might cut consumption 30 percent, according to CEE. The aeration process, which uses fans and motors, consumes the most energy. Gaining maximum efficiency in the aeration process is particularly important because it is a peak-load operation, meaning the plant consumes large amounts of power when electricity prices are highest. The project contractor conducted a detailed audit of the Upper Allen facility, with an eye toward installing improved aeration technology that reduces energy use and meets environmental permitting requirements. As equipment does not always perform as efficiently as manufacturers estimate (for a variety of reasons), auditors attached data loggers on existing equipment at the treatment plant and pumping stations to see how equipment was actually operating. The project focused on motor loads, particularly for larger equipment (aerators and pumps) at pumping stations. A dozen different motors were being logged, looking for run time patterns and how many hours per day they were being used. Many of the motors ran on/off, on/off in small intervals, to see what those patterns and the collective hours were, and to extrapolate that out on an annual basis. The data loggers were left onsite for about four weeks. The portable and rugged standalone devices operated independently of any other apparatus or connection and monitored the alternating current field generated by the motors. After retrieving the data loggers, the information was downloaded, graphed and analyzed for quick readout and plotting of information. 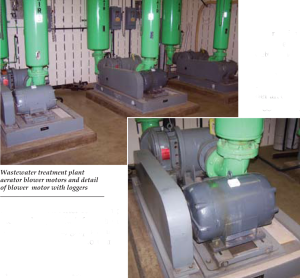 The operational range of the data logger was as follows:

The collected information will be used to help Upper Allen determine where upgrades to the system are necessary and where expense can be avoided. After the new equipment is installed, the energy services company will continue to use data loggers to confirm results, a necessity since the contractor is operating under an energy-services performance contract. Thanks to the data loggers, Upper Allen can now move forward with its efficiency improvements, assured that any guesswork has been removed. “You can’t argue with the data. They tell you what’s going on 24 hours a day,” Conchilla said.

About the author
Evan Lubofsky is Director of Marketing for Onset. He has been writing about sensor technologies for over 12 years and has published hundreds of articles in trade magazines and newspapers around the world.

About the company
Onset Computer Corporation is a leading supplier of data loggers. The company’s HOBO data logger and weather-station products are used globally in a broad range of applications, including building energy performance monitoring, water resources management, and ecological and agricultural research. Based in Cape Cod, MA, Onset has sold more than 1.5 million data loggers since the company’s founding in 1981. Visit the website, www.onsetcomp.com, for more information.

About the products
HOBOware® is Onset’s host-based graphing and analysis software package. The HOBO U9 State Data Logger monitors state changes us- ing an internal magnetic reed switch for monitoring contact closures or current flow of remote devices or the presence of positive DC voltages up to 15V.