Manganese (Mn) is an essential element in humans, but at higher levels, has been shown to cause adverse neurological effects, resembling a Parkinson’s-like illness. These adverse effects are well documented in metal factory workers via airborne inhalation exposure routes. Speculation over harmful outcomes related to low levels of manganese in drinking water has led to several recent research studies. Although past studies showed weak causal associations, a September report published in Environmental Health Perspectives found a cause for concern with this common groundwater contaminant.

Manganese and public health risks
Manganese contributes to the formation of bone and necessary enzymes involved in human metabolism. Thus, adequate food intake levels have been determined by the Institute of Medicine. For children between the ages of nine and 13 these levels are listed as 1,900 µg/risk. In addition, studies with rats and mice found that pre- and post-natal manganese exposures resulted in decreased birth and survival rates. Similar studies of exposures in human neonates have not been conducted. Pregnant women and children, however, are thought to absorb and retain manganese at higher rates than the general population. Therefore, evaluation of potential health effects needs to consider these special populations that are at greater risk. How manganese is absorbed into the body may be a key factor to understanding the toxic dose of the element. 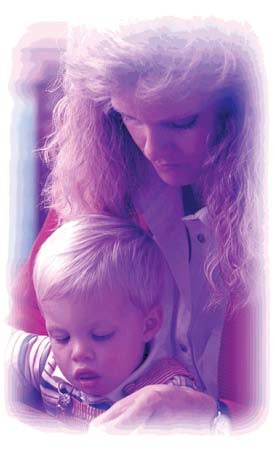 A study published in 2006 focused on 10-year-old children in Bangladesh exposed to an average 793 µg/L of manganese in well water. Children with higher exposures also had decreased intellectual function.3 Methods used in this study were not well standard- ized for measurement of intellectual function, and thus, no definitive link day for boys and 1,600 µg/day for girls.1 Occupational inhalation exposures to manganese in adults, however, have been repeatedly linked to serious, irreversible health effects. The illness, known as manganism, presents with weakness, weight loss, slowed speech, tremors, impaired facial expressions and slow movement, much like Parkinson’s disease. Health effects were significant following airborne exposures to low levels (150 µg/m3) over long periods of time (10 years).2

Water quality guidelines for the reduction of manganese in drinking water are not based on health concerns but rather aesthetics, given that the element has a displeasing taste and can stain clothing or plumbing fixtures at levels above 300 µg/L. In contrast to regulatory standards, such guidelines are not legally enforceable. A health-based standard for manganese was not deemed necessary since drinking water exposures were known to be much lower than daily food exposures. Despite high levels of manganese in food, an association with subclinical neurological effects has been previously shown in adults and children related to manganese-contaminated drinking water. These adverse effects included decreased intellectual function and violent crime

was confirmed. The authors recommended further study and consideration of the more than six percent of domestic wells in the US estimated to have levels of manganese above the US EPA-recommended concentration. The following year, some of the same researchers conducted a larger study on 3,824 infants, drinking from nearly 1,300 groundwater wells in Bangladesh, who were monitored for manganese toxicity.4 This study focused on direct infant or maternal exposures of manganese in drinking water above the World Health Organization (WHO) standard of 400 µg/L. While the average level was 1,280 µg/L, some sup- plies had concentrations up to 8,600 µg/L. The authors found an association between manganese exposure and infant mortality, but discussed confounding factors and bias in the study design needed to be better defined for a more accurate assessment of the data.

The most recent study of manganese in drinking water has made numerous headlines and provides new insights into defining the true problem.5 Conducted in Quebec, Canada, manganese exposure concentrations were measured from kitchen faucets. Food exposures were also estimated and hair samples analyzed for the element. Although manganese intake in food was found to be three orders of magnitude (i.e., 1,000- fold) higher than water, water levels were associated with hair manganese concentration, not food. Adjusting for socioeconomic factors, maternal intelligence, other environmental contaminants, psychological health and many other potential confounding factors did not change the overall conclusion that waterborne exposures significantly reduce the intellectual quotient (IQ) of children in the study. Even higher estimated concentrations in food had no measureable effect on IQ. Therefore, the authors concluded that “exposure to manganese at levels common in groundwater is associated with intellectual impairment in children”. The median concentration in the children’s tap water was 34 µg/L, ranging up to 2,700 µg/L.

Food versus water: understanding manganese exposures
Variable standards have been set regarding recommended levels of manganese in drinking water. The US EPA secondary (i.e., non-enforceable, non-health-based) standard for manganese in drinking water is 300 µg/L. Similarly, WHO set a limit of 400 µg/L. Individual states, including California and Connecticut, have set actual health-based limits at 500 µg/L. All of these levels are much lower than the tolerable upper intake levels allowed in food that are expected to pose no risk of adverse health effects in humans. Thus many early studies suggesting adverse health effects from manganese levels in drinking water were dismissed, given the higher exposure limits in food.

The ingested dose of manganese, however, is only part of the story. Complex interactions in the body subsequently dictate how much of the ingested dose is actually absorbed into the system. Nutrition, health, age, and other factors related to both the host and the environmental state of the element, contribute to bio- availability of manganese (i.e., the rate at which the substance is systemically circulated). This means that manganese in food is not the same as in water. Due to chemical factors beyond the scope of this article, manganese has a higher bio-availability in water com- pared to food. Therefore, given the same dose in food and water, the waterborne route is considered more toxic. For this reason, the FDA has set a lower limit of 50 µg/L for bottled water.

Water treatment
Most US water supplies fall below the US EPA-recommended level of manganese concentration, and are also below the levels associated with significant intellectual impairment in the Canadian study. This is not true for all, however. Recent studies have increased awareness of manganese risks in drinking water and remind us of the importance of bio-availability considerations.

Many risk assessment analyses have been performed without an understanding of the contaminant’s reaction kinetics in the body, resulting in a possible over or underestimation of the true public health impact. Even when manganese is removed from drinking water at municipal treatment facilities, it can substantially accumulate in the distribution system. Levels in household water supplies might also be transmitted via the aerosol route during showering. The relative role of this exposure route in households has not been studied, but prior evidence of inhalation exposure and health risks in workers is well supported. Therefore, for waters high in manganese, a POE system is the best practice for removing the contaminant from drinking water and preventing inhalation exposures via showering. In general, various methods of oxidation and filtration effectively remove manganese from drinking water. Use of either phosphate compounds, ion exchange water softeners, oxidizing filters, aeration (pressure type) followed by filtration and chemical oxidation, are a few of the recommended household treatment options for manganese removal.6